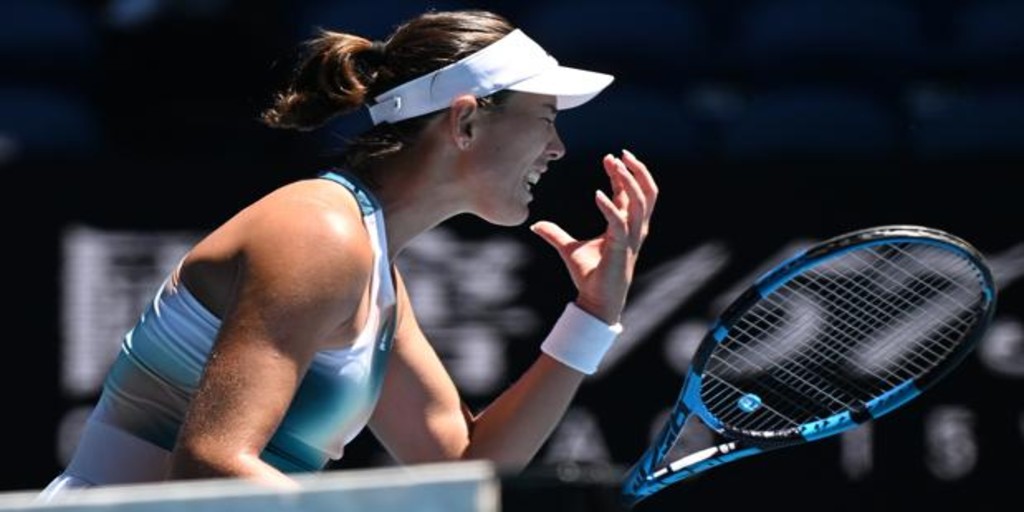 Garbiñe Muguruza attributes her elimination to covid cases in her team

number three in the world Garbiñe Muguruza He blamed part of the blame for his early exit from the Australian Open on Thursday on Covid-19 cases in his team, which would have decimated his Grand Slam preparations.

The Spanish-Venezuelan started among the favorites in Melbourne after a remarkable season culminating in her victory at the WTA Finals. But she was upset in the second round by French veteran Alizé Cornet (6-3, 6-3).

In a press conference after his loss, Muguruza revealed that a large part of his team had recently contracted covid-19, which affected their preparation.

“It’s been a pretty stressful start to the year for my team. They all had covid before coming.

We were separated for fifteen days,” he said.

«It has been hard to prepare to come to Australia and play and perform well.. It has been a bit complicated. Physically I didn’t feel at my best,” added the tennis player, who revealed that she had to train alone during her team’s time of isolation.

“Although I have had time here to prepare and everything, I think that the combination of everything has not helped me,” added the Spanish-Venezuelan tennis player.

Muguruza acknowledged that her performance was not adequate in the match, with an ineffective serve and up to 33 unforced errors.

“It’s a tough day,” Muguruza acknowledged. “My service wasn’t there, my shots weren’t either, tactically I think I wasn’t making the right decisions (…) And I also think my aggressive game wasn’t as aggressive today,” he lamented.

“And above all, she played very well, a very solid game,” he said praising his opponent.