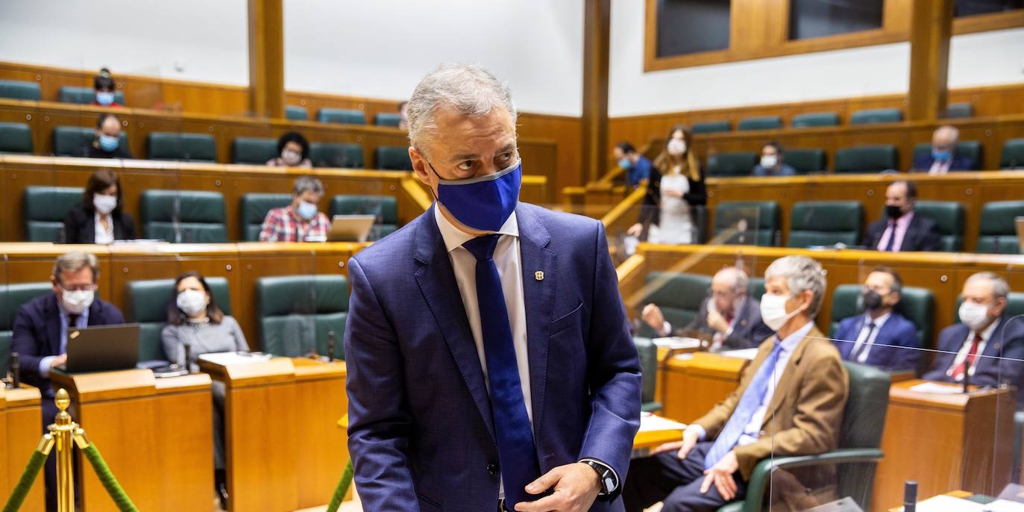 The Basque Historical Memory Law It was one of the star measures of the Executive of Urkullu for this legislature. His approval was also surrounded by controversy by the criticism of some groups that accused the Basque Government of forgetting the victims of terrorism in its history. Now a human error could complicate, or at best delay, its final approval.

The Minister of Equality, Justice and Social Policies, Beatriz Artolazabal, presented the bill at the end of July. Since then, the Basque chamber has examined hundreds of pages of documentation and has heard the opinion of dozens of experts. However, all of this would have been made on a text that does not correspond to the final project. Apparently, the council sent by mistake an old draft instead of the final text.

The failure has been detected by the popular group that crosses out what happened “real slop”. Apparently, the text that has been distributed to the groups has a digital signature from the Lehendakari dated several months before its presentation and, as the groups have explained, not even the number of articles matches the final text that was presented in July.

“This is an unprecedented error,” lamented Carmelo Barrio, spokesperson for the PP+Cs group. They think that the most sensible thing is withdraw the project and start the process “from the beginning”, because, as they denounce, the mistake has caused that all the work of contributing amendments that the groups have been carrying out since last year has been done based on an erroneous text.

The Basque Government, however, believes that it is a correctable error. For this, it has sent an official letter to the Parliamentary Bureau, controlled by the PNV and PSE, where, in addition to providing the correct text, it asks that they return the process to the moment in which the term for amendments was opened; that is, at the end of November.

A controversial law from its inception

It is one more obstacle to the final approval of a law that was born in July surrounded by controversy. The text foresees penalties of 10,000 euros for “any type of demonstration that entails extolling Francoism”. In addition, both city councils and the Basque Government or the Memory Institute itself could impose fines of up to 150,000 euros.

However, opposition groups branded it “unnecessary” as they already had a state law that punished the same acts. PP and Ciudadanos also criticized that, despite focusing on what happened until the arrival of democracy, there was no no mention for the memory of the victims of terrorism.

The Minister Artolazabal answered then in the Basque Chamber that the intention of the law was “to restore dignity to those who have not been restored” and that they had not committed any “oversight” because, in his opinion, the memory of the victims of ETA was already included in other legal provisions.

will now be the legal services of the Parliament of Vitoria those who examine the letter that has been sent to the Basque Government and determine if your request is in accordance with the regulations. As there are no precedents for similar errors, it is not clear what could happen from now on. Although, whatever they decide, what does seem certain is that in the best of cases the processing of the law will take longer than expected.