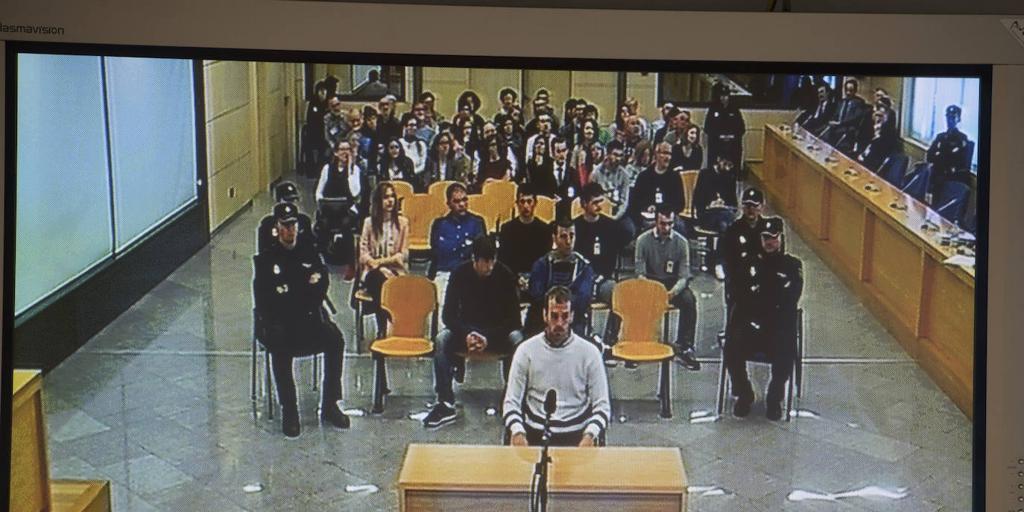 The European Court of Human Rights has definitively shelved the ‘Alsasua case’, by not admitting the lawsuit filed by six of the eight convicted youths.
According to the Post, the resources, presented a year ago, urged Strasbourg to analyze whether those affected had a fair trial in the ordinary Spanish instances. That is, the court has not gone to the bottom of the matter. In any case, the decision of the European justice puts an end to the judicial journey of the ‘Alsasua case’.

This has been announced by Iñaki Abad, one of the six young people who attended the European route. “Faced with the abandonment of all judicial institutions, there remains a society that has

perfectly understood. Despite losing in Strasbourg, we will always continue to denounce it,” he said, in a message on social networks.

Finally, the European Court of Human Rights does NOT admit our claim for processing. Faced with the abandonment of all judicial institutions, there remains a society that has understood it perfectly. Despite losing in #TEDH, we will continue denouncing it always.
End of story. pic.twitter.com/vV5OLUiOHE

In July, the European Court of Human Rights admitted for processing the appeals presented by the defenses of six of the eight defendants. What he has done now is an “analysis” of that admission for processing. This has been explained by Amaia Izko, one of the lawyers, in statements to EiTB. The resolution known this Wednesday is “a procedural resolution of mere procedure that does not motivate, does not argue,” he said. Therefore, it is not an opinion or a sentence. Simply, inadmissible the claim.

The lawyers of six of the young people denounced before Strasbourg the lack of impartiality of the magistrates of the National High Court during the trial, the absence of a fair trial and the disproportionate sentences imposed on the defendants.

The first of these arguments referred to the fact that the judge of the National High Court who conducted the process, Mirror Conception, is married to a colonel of the Civil Guard, which in the opinion of the lawyers conditioned her impartiality. They requested his recusal at the time but the request was rejected. Espejel was appointed in October as a magistrate of the Constitutional Court, by virtue of the agreement reached by the PP and the PSOE.

Secondly, another of the appeals alluded to the fact that two of the three magistrates of the Court of Appeal of the National High Court have been decorated by the Civil Guard and had made previous statements that would condition their impartiality.

Finally, the lawyers denounced the denial of some evidence during the trial, as well as irregularities in the examinations and the disproportionate sentences.

The events date back to early morning of October 15, 2016 at the Koxka bar in Alsasua. The aggression denounced by two civil guards and their partners led to the judicial process by which the National High Court sentenced eight young people to between two and thirteen years in prison. Subsequently, the Supreme Court reduced these sentences to between one and a half years and nine and a half years. Now, the European justice has definitively shelved the matter and thus ends the judicial journey of the ‘Alsasua case’.