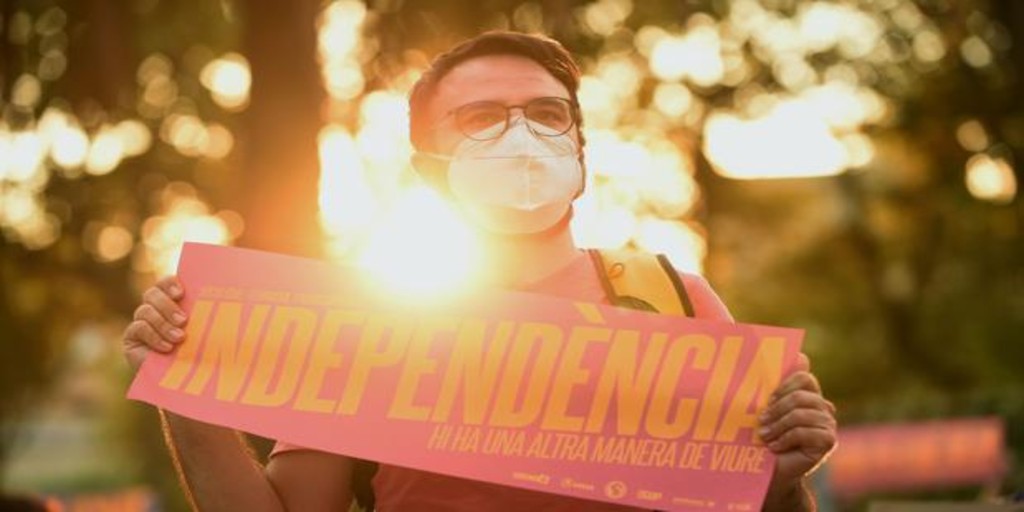 What is the ‘business’ of independence. The Generalitat has created a digital monstrosity called CatVers, consisting of a “metaverse managed by the Blockchain Center of Catalonia” that places whoever wears one of those fat virtual reality glasses similar to an old TV in a parallel universe. Eighteen years ago Philip Rosedale invented a virtual social network called Second Life. You put on your goggles, you waved your hands in the air like an idiot, and some stubby, legless dolls, a kind of seedy Famobil clicks without a pirate ship, moved before your eyes, navigating your mind as if they didn’t there would be a tomorrow In a jiffy you made a second one

life, another family, a different job, or a trip to one of those beaches where the palm trees curve towards the shores of turquoise water. That went to hell. Normal. As innovative as it was, it was still bullshit. We are like to dream second lives with shorty while we drag the first as we can…

Until now, Catalonia has seen an open sky of metaverses and creativity. You immerse yourself in CatVers and a room with stairs and terraces built in Montserrat appears. You will hardly be able to do much more than go through it because everything is empty. The thing is, it’s useless. Its inventors want Catalan companies to get inside your glasses-screen, have a simulated activity and sell something they call NFT, or non-fungible ‘tokens’ that, beware, will be certificates of ownership of digital objects. They even want to create a university campus to also ban Spanish in virtual mode.

It is not irony, they mean it seriously: «CatVers is one more step towards the digital republic and is the embryo of the Catalan metaverse». What a pleasure just thinking about it. A multi-flavored rainbow of sausage, ‘calçots’ that don’t stain, Torra swarming like a ‘tamagotchi’ without legs, or like a Pac-Man that swallows beans, and kitchen towels with the estelada. And the squatters in Colau, with a digital property title! What a contradiction. A Catalonia that Puigdemont can enter without the Civil Guard and Marchena waiting for him in his toga, a perpetual Diada in empty -or emptied- rooms, and Iceta dancing without the need for a rally. I always knew that the Supreme was right about the reverie thing. But I never thought that ‘lliure’ Catalonia would be like this and Yolanda putting her hand into your ‘tokens’. Very cool.