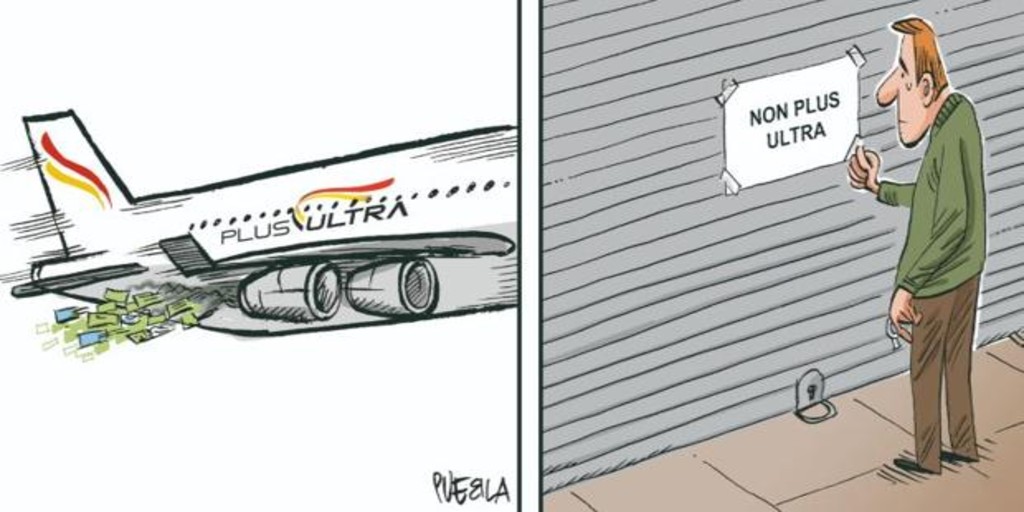 Plus Ultra, the scandal does not stop

The data published today by ABC reaffirm that the rescue of the Plus Ultra airline by the Government was a book political arbitrariness in favor of a company that was not only technically bankrupt and with almost no viability, but was objectively in cause of dissolution a month before the injection of money to try to save it from absolute ruin. The Plus Ultra company has long since become a symbol of cronyism and a forced gesture by the Spanish government towards the Chavista regime in Venezuela. It was never a thriving business and its accounts were never really in the black. Rather, it had been a business attempt converted into an economic ‘chiringuito’ that survived on the basis of subsidies and aid.

The rescue of 53 million euros at the hands of the Spanish government to benefit its owners, some Venezuelan businessmen close to Maduro, was the definitive test. Today ABC reveals that in the accounting year 2020/21, that is, until January 31 of a year ago, Plus Ultra signed losses of 20 million euros, which left it with a total negative working capital of 31 million. His negative net worth then amounted to 14 million euros, and the aircraft fleet was on the ground unable to operate due to the pandemic. If Plus Ultra, presumably well advised politically and playing with the supposed advantage of a company that is friends of the Government, had not accepted the law that gave rise to the bankruptcy moratorium that La Moncloa consented to, it would have fallen into cause of dissolution. However, this measure allowed him not to have to compute the 2020 losses, and to access the bailout conditions practically from scratch.

The Plus Ultra thing was dropping money on deaf ears. And what is worse, without any transparency. When the scandal broke into public opinion almost two years ago, the Government did not offer any convincing explanation as to why it was putting 53 million euros into a company with hardly any commercial activity, with almost no flights, with a staff reduced to the limit, and with a residual accounting riddled with debts and opaque management by its owners. Some ministries of Pedro Sánchez’s cabinet took pains to blame each other for any possible irregularity to shake off the problem -José Luis Ábalos the first-, but even today is the day that no one has explained the real reasons why Plus Ultra was saved in this way, something that has not happened with thousands of Spanish companies with more merits to be rescued and more real probabilities of refloating. The Government will have some debt with the regime of Nicolás Maduro, which the Presidency of the Government is well responsible for hiding, while supporting each of the steps that José Luis Rodríguez Zapatero continues to carry out in favor of Caracas with the excuse of a supposed mediation work that it aims to be much more than a lobby of power and influence.

In theory, the official thesis of the Government and the company is that with the rescue and recovery of its activity it will be able to go back in 2023, to proceed with the repayment of the first part of the loan, of 19 million euros. Only time will tell if a loan was actually made with the knowledge that it was being run for non-refundable purposes. The Prosecutor’s Office and a court in Madrid filed the investigation proceedings. But from a political perspective, that rescue continues to smell of corrupt favoritism with the money of all Spaniards.