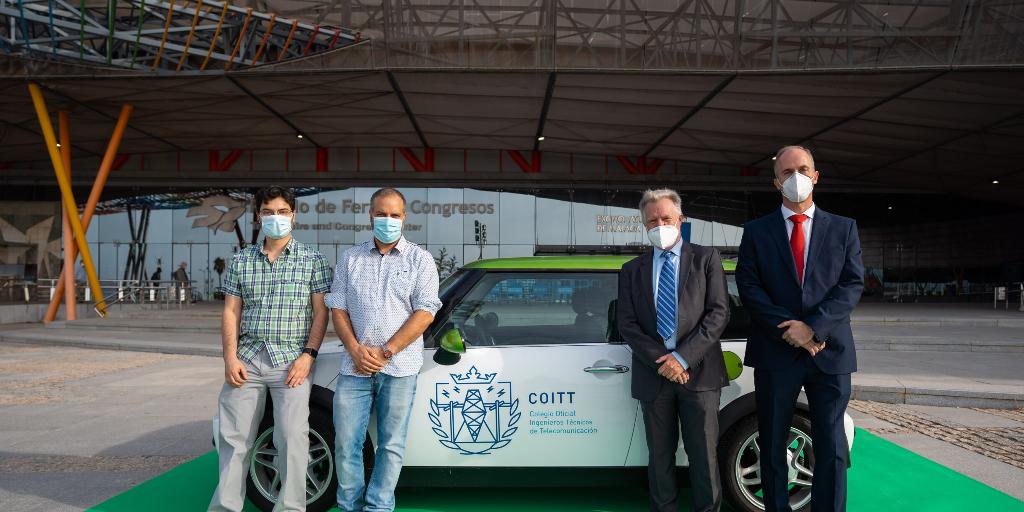 A future for the fuel car: electrification

Combustion cars have their days numbered. The commitment to electric cars is such that even the brands themselves are setting an end date for the manufacture of this type of vehicle. A movement that is accompanied by the will of the public administration.

As an example, the Institute for the Diversification and Saving of Energy (IDA), within the Recovery, Transformation and Resilience plan of the Government of Spain, financed by the European Union through the NextGenerationEU funds, keeps open the call for the Moves Plan III, endowed with 400 million euros and with which it is intended to encourage electric mobility and particularly, the purchase of electric vehicles and the deployment of recharging infrastructure for these vehicles.

But… what if the solution were to open the door to more formulas, such as converting combustion cars and electrifying them?

This was exactly the question that engineer Pablo Escapa asked himself before carrying out the project, sponsored by the Official College of Telecommunications Technical Engineers (COITT), which has managed to turn a traditional car into a ‘plug-in’. An idea that has also earned him the 2021 Mobility Award in the research category.

More than an anecdote, a feasible idea

On that road to electrification, the company he works for decided to check if it was feasible to convert an internal combustion car to one that had a pure electric transformer. And they got it. Something that, beyond being an anecdote or a research project (which has earned them the aforementioned award), is viable for other vehicles.

“The important thing about our project is that it has an approved technical project, in which all the changes made are justified, that they comply with the legislation and that it is valid for other processes”, he assures.

Much more than an engine change

Transforming a combustion vehicle into an electric one is a very complex project that involves much more than a simple engine change.

This engineer explains that it involves modifications of all kinds. The first steps were to remove all the components of the combustion engine: from the fuel tank to the pipes. The challenge was to lower the weight of the car and make room to install the new components.

Once this was done, an enclosure was designed to join the electric motor with the gearbox that the vehicle had, among other adaptations. For example, since there was no cooling system, the car had no heating, so other types of radioelectric elements had to be put in its place.

In the same way, the technicians had to make sure that all the original components of the vehicle that were kept could continue to function without problem. Something that, according to Escapa, has a very complex part, because it affects many configurations, some of them in terms of ‘software’.

“Our our system has a smart power management module. All this part of programming is quite complex. We have managed to get the battery cells to balance the load between them, which allows us to extend the autonomy of the vehicle quite a bit”, he details.

The car also has a small application on the multimedia screen, in which you can check how the vehicle’s load is behaving, its capacity or if it is charging correctly.

Pablo Escapa assures that the electrified vehicle works the same as when it was a combustion vehicle, except for small peculiarities. One is that it doesn’t make noise (like any electric car) and that the 109 horses it had allow the car to be more powerful than before and to brake more intensely.

Since electric or hybrid cars are automatic, it is worth asking about the gears. Pablo Escapa details that the manual transmission has been left. “We didn’t really know what gear range it was going to work in, second or third,” he argues, but since “the torque of an electric motor is much more flexible, it takes you up to fifth gear.”

Of course, the gear in which the power works more adequately is the second. “With that the car can go from zero to 130 kilometers per hour. If I go through the city I should not touch anything else, if I go to the road, then I would put the third, “he adds. Of course, the team works to be able to remove the gearbox and put a transfer box directly.

As for the battery, he assures that it has a capacity of about 200 km of autonomy and that they do mileage with it every day, in order to know “where it can fail, if it does.”

Pablo Escapa assures that the project is viable, in the sense that it could be replicated in any other car. So much so that, he says, there are many car manufacturers that are building plants to precisely make this transition from old vehicles.

However, he warns that the main obstacle to achieving this is current Spanish legislation. “We are waiting for the homologation of the vehicle, something that costs between 24,000 and 30,000 euros. The problem is that, as the rule is written, we would have to homologate each and every one of the vehicles that we converted from combustion to electric. And that is not profitable.