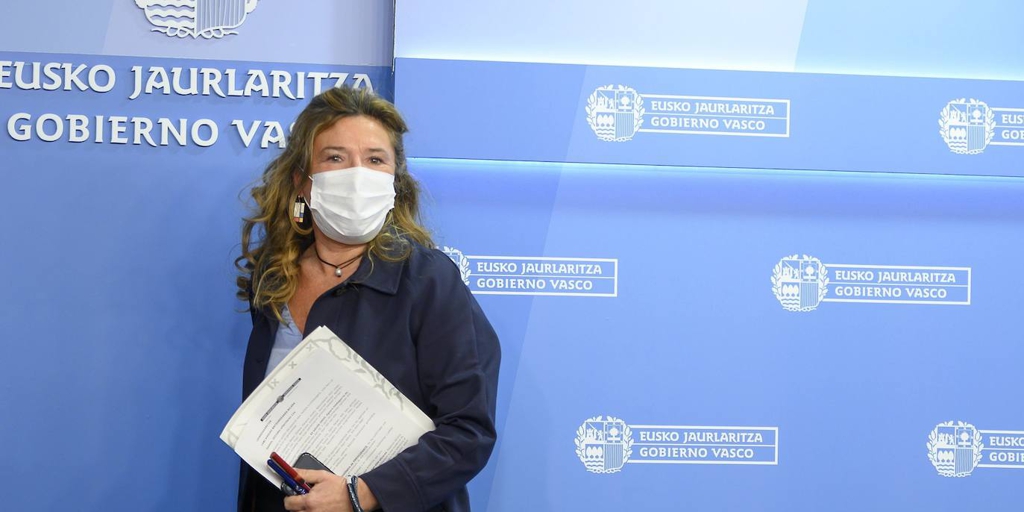 The Basque Country begins a slow decline in the accumulated incidence

The Basque Country has added this Monday 5,502 new positives by coronavirus, a figure well below the more than 10,000 infections on average that had been registered practically daily a week ago. The Minister of Health of the Basque Government, Gotzone Sagarduy, acknowledged at the press conference after the Governing Council that a change in trend is beginning to be seen in the epidemiological situation.

As he explained, the accumulated incidence, which today was in the 5,933 cases per 100,000 inhabitants, “has been going down since January 11”, when it reached 7,038 points, which seems to be the peak of this wave. “We have started a slow decline in the epidemiological evolution,” he added, although he has called for the “prudence” since he believes that we will have to wait for the next few days to see if this trend is indeed confirmed.

In his speech, Sagardui wanted to separate this drop from the incidence of new tracking protocol that for a few weeks he no longer tests the close contacts of the positives. And although it is evident that the absolute number of daily tests carried out has decreased significantly, the counselor has insisted that it continues to be carried out “a sufficient number of tests”.

He recalled that the Basque Country remains one of the communities that performs the most tests and has denied that there is any type of “limitation of tests”. In his opinion, the decrease could be explained by three combined factors: the decreased interactions after the Christmas period, the effect of the restrictions approved two weeks ago and the adaptation of the health protocol.

In addition to the accumulated incidence, the Basque Country also registers a improvement in the rest of the indicators of the pandemic. This Monday the Basque hospitals treated 741 patients, 75 less than a week ago and there were 131 people admitted to the ICU, eight less than last Monday. The basic reproductive number, which measures how many people each new infected person is capable of infecting, has also been below 1 for several days.

Despite everything, Sagardui has appealed not to lower our guard. “Despite the fact that we have seen some change in the health system, it is still stressed,” he recalled. That is why, in the medium term, variations in the restrictions that apply from the end of 2021 are ruled out. Therefore, the closure of nightlife will continue, at least for now, until January 28, and the Covid passport will continue to be mandatory. at least until January 31. “At the moment there is no nothing new in this regard”, concluded the counselor.