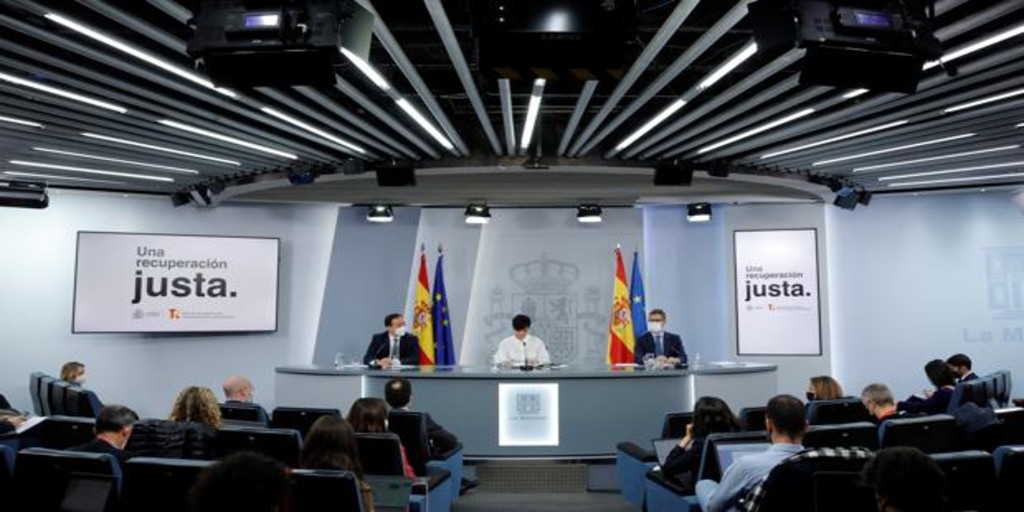 Both the Popular Party and Ciudadanos have reacted to the latest controversy from La Moncloa. The Government has vetoed ABC and other critical media in a ‘briefing’ on the distribution of European funds.

Sánchez prevents questions from uncomfortable journalists because he is not telling the truth.

Today, the Government crosses another red line again by vetoing various media from a briefing on European funds.

Censorship that something remains…

Always in defense of freedom of information! pic.twitter.com/KTKlNfddRj

The Deputy Secretary of Communication of the PP, Paul Montesino, has expressed his disagreement in a tweet in which he points out that Sánchez “has crossed another red line again” and is running “in defense of freedom of information.”

It is unacceptable that the Government vetoes the media that it considers uncomfortable in its press conferences and information sessions. This is the respect that Moncloa has for freedom. They will have to give explanations in Congress and we will denounce it in Europe.https://t.co/OiG3xyc1sC

The president of Ciudadanos, Inés Arrimadas, criticizes the Government and argues that it is “unacceptable that you go to the media that you consider uncomfortable.” The leader of the orange party anticipates that they will denounce it in Europe and that “they will have to give explanations in Congress.”

He also announces that he will denounce him before the European institutions for in contravention of the European Charter of Fundamental Rights.

When the press is not allowed to enter press conferences or briefings, it is evident that something has to be hidden.

To the lack of parliamentary control they now add censorship of the media. https://t.co/cDVrMac191

The spokesperson for the Popular Group in the Congress of Deputies, Cuca Gamarra, accuses the Executive of having something to hide and adds that “in the absence of parliamentary control they now add censorship to the media.”

We need politicians capable of responding to all the media, of confronting the press without vetoes or limits. We are deteriorating democratic quality to intolerable levels. There is no democracy without freedom of the press https://t.co/DmoTjkeOzF

The candidate of Cs to the Junta de Castilla y León and former vice president of the same, Francisco Igea, has called for the need to have “politicians capable of responding to all means” and has accused La Moncloa of “deteriorating democratic quality to intolerable levels.” The deputy secretary general of the liberals, Daniel Pérez Calvo, has also positioned himself showing his support for the banned media and criticizing the decision of La Moncloa. «Censorship of the press is typical of authoritarian regimes and we democrats have a duty to denounce these facts. We will demand explanations from the Government for vetoing journalists from entering Moncloa. Our support for information professionals.

This new censorship of the Sánchez government is totalitarian.

All solidarity and support to the excluded media:

If they cover your mouth, they cover it up for all democrats in Spain and we will not tolerate it. https://t.co/ENGbbIc32C

The executive secretary of the Basque PP, Carlos García, directly calls Sánchez and his government “totalitarians” and expresses that by censoring these media «they cover it up for us [la boca] to all the democrats in Spain». It also expresses “all solidarity and support” for the excluded media.