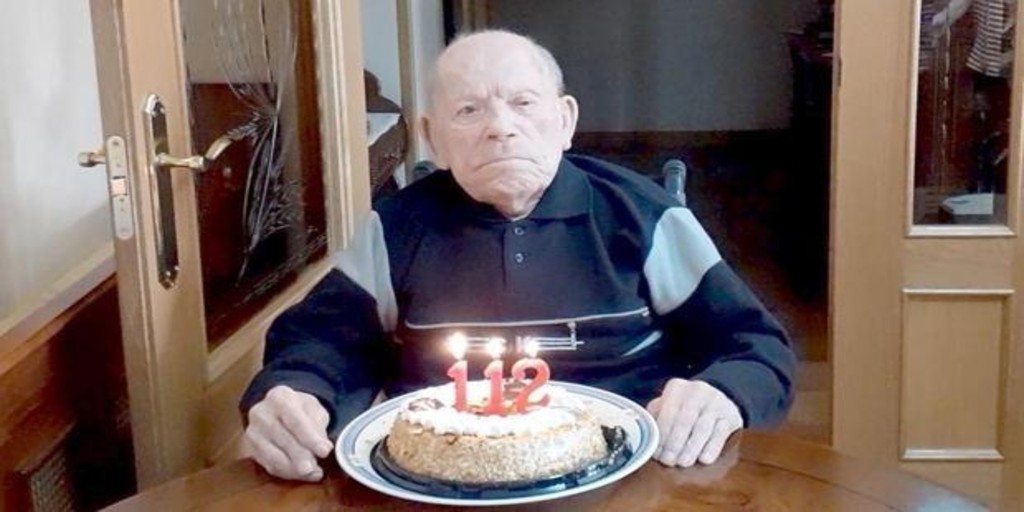 Leonese Saturnino de la Fuente García, considered the oldest man in the world, dies at the age of 112

Leonese Saturnino de la Fuente García, born in the Puente Castro neighborhood in February 1909, died this morning a few weeks after his 113th birthday. Last September he received the Guinness World Record title that accredited him as the oldest male in the world. Married in 1933 to Antonina Barrio, the couple had seven daughters and a son who died as a child. He had 14 grandchildren and 22 great-grandchildren. whom, due to the pandemic, he has not been able to see much in recent times.

Just over a meter and a half tall, Saturnino thanked his short stature for having spared him from fighting in the Civil War. Instead, he spent those years working as a shoemaker, making boots for the Army.

He spent much of his life working in this trade and became the most famous shoemaker in the area.

His biggest hobby was always soccer and he was a follower of the local teams of Puente Castro, of which he was a co-founder and player, and of Cultural Leonesa. When asked about the secret of his longevity, he used to reply with two recipes: “a quiet life… and not harming anyone.” His daughter Angeles and his son-in-law Bernardo took care of him today.

Saturnino was officially born on February 11, 1909, although he always maintained that he came into the world on February 8 and chose to celebrate his birthday on that date.

The burning chapel with his remains will be installed this Tuesday at the Serfunle funeral home in the capital of León, according to sources consulted by Ical.