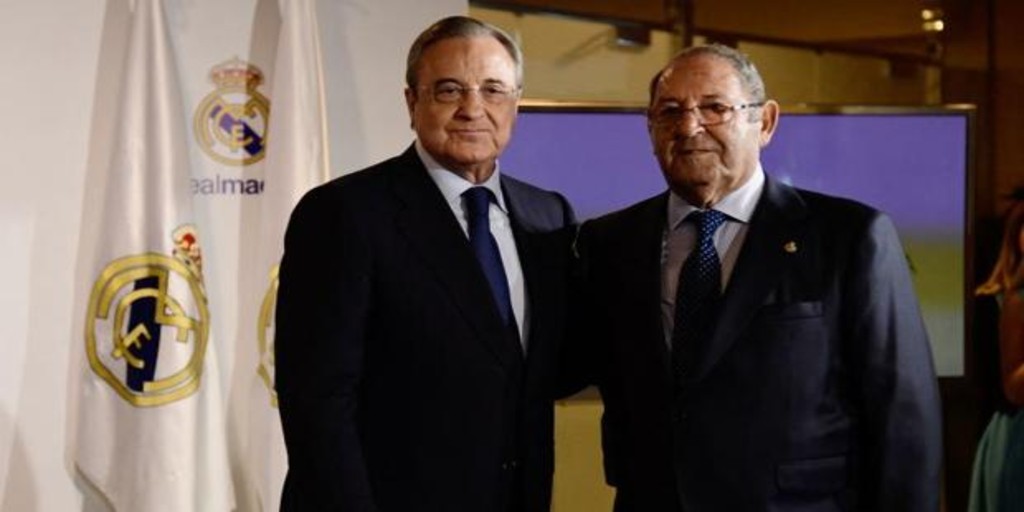 Florentino Pérez: “Gento made the values ​​of Real Madrid and sport his way of life”

The president of Real Madrid, Florentino Perez, highlighted that former player Francisco Gento, who died this Tuesday at the age of 88 and the only world footballer to win six European Cups, was one of the “great myths” that helped change the history of the white team.

“Francisco Gento is one of our great myths and we will all remember him as one of our best players in our 119-year history. Represents all our values: humility, respect, camaraderie, talent, work and sacrifice,” he said in an institutional statement in the club’s media.

Pérez stressed that this Tuesday “is a day of great sadness, not only for Real Madrid but for world football.”

“I want to express the deepest condolences for the death of our beloved honorary president Francisco Gento. All our love and affection for his wife Mari Luz, his children Francisco and Julio, his granddaughters Aitana and Candela and also for his entire family, all his colleagues and loved ones, “he said.

The white president recalled that Gento arrived at Real Madrid when he was only 19 years old, from “his beloved” Racing de Santander, and defended the Real Madrid shirt for 18 years. “Here I know became one of the great legends of our club and one of the myths of world football. He was part of a generation of legendary players who changed the history of Real Madrid until it became the most prestigious and admired club in the world.”

Likewise, the president recalled that, at the hands of then president Santiago Bernabéu, and together with Di Stéfano, Puskas, Kopa, Rial, Santamaría, Santisteban, Amancio, Pirri or Araquistain, among other legends, he was part of a “mythical and unforgettable” for all fans who love football.

«Francisco Gento achieved a record that, today, is almost unrepeatable. He is the only player who has won six European Cups in the entire history of football. Six European Cups with a single club, Real Madrid, the club of his life, the one who represented and carried in his heart until the last moment, “he declared.

These six European Cups, five of them consecutive, and 12 leagues “mark the dimension” of Gento’s figure in the 600 games he played with the Real Madrid shirt, with whom he scored 182 goals, and was international with the national team Spanish 43 times. He also received the highest distinction awarded by the Government, the Grand Cross of the Order of Sports Merit, among other distinctions.

«But beyond his titles and what he achieved on the pitch, Francisco Gento he conquered the affection of all madridistas and his sports rivals for the exemplary nature and behavior he practiced throughout his life, “he praised.

Pérez assured that he is passionate about football and Real Madrid because of players like Francisco Gento, whom he saw when his father took him to the Bernabéu when he was only 4 years old. «But, in addition, I have been fortunate to maintain a great friendship with Francisco Gento who made the values ​​of Real Madrid and sport his way of life. Real Madrid fans and football fans in general should feel proud of a player who has contributed to making the name of Real Madrid present on all continents,” he said.