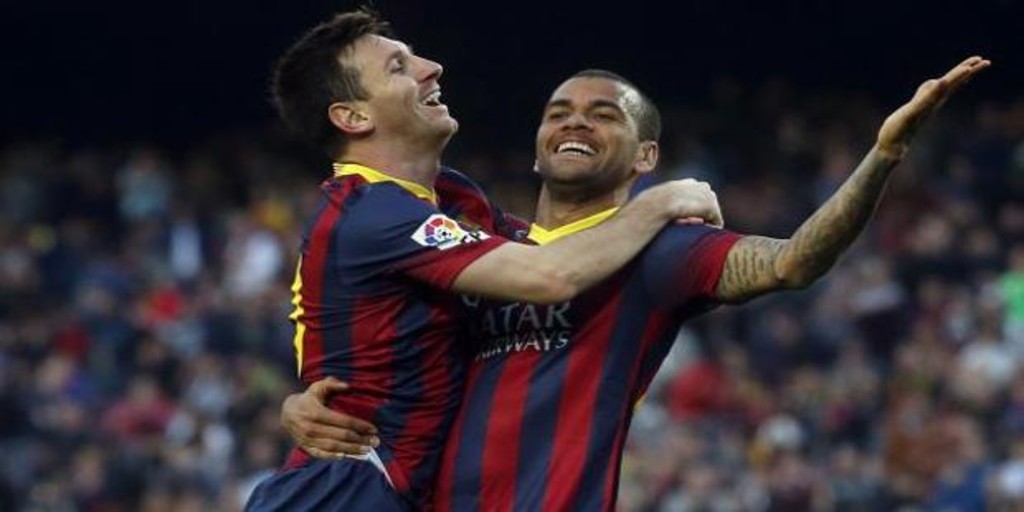 Dani Alves requests the return of Messi to Barça

Dani Alves never leaves anyone indifferent. The lateral, that has returned during this winter market to Barcelona, ​​has analyzed his situation and that of the Catalan club. The departure of Leo Messi, with whom he is joined by a great friendship and with whom he showed great harmony on and off the field during his previous stage at the Camp Nou was one of the topics discussed. In fact, the Brazilian considers that it is an anomaly that Rosario does not hang up his boots dressed as a Barça player. “He is not only the best player in the club but in history and it’s strange be here and not have it. But many times things don’t happen as we dream”, he acknowledged in an interview on ‘Catalunya Radio’.

Despite his manifestations, the side did not disregard a hypothetical return of messi to finish his career at the Camp Nou, something that he believes would make the Argentine as happy as the culé fans. «Have we ever said it to each other, where will you be better than here? I think it would be very nice if he also finished his career here. Finishing here could be a great gift for him and that the club take care of that, “he acknowledged.

The praises towards Messi had continuity when they asked him for Xavi Hernandez, with whom he coincided in the previous stage as a player and who now, after taking over the reins of the team, gave the go-ahead for his return. «Xavi coach is the version 3.0 from Barca. He has the same philosophy as Guardiola, the same style. It has cost him a little more for the whole situation, but great stories are also a process and it’s never easy. And it is brave to come and take on Barça at this time, “he stressed. The Brazilian acknowledged that “it is painful to see where Barça has been led, but we have to focus on the solution and how we will do it to bring Barça back.” Alves concluded by assuring that the Super Cup match against Madrid, despite the defeat, allows us to be positive and optimistic for the future: “We came out strengthened because it is the way to compete, making corrections and adjustments, but you have to take the positive things and the team competes and does not give up.