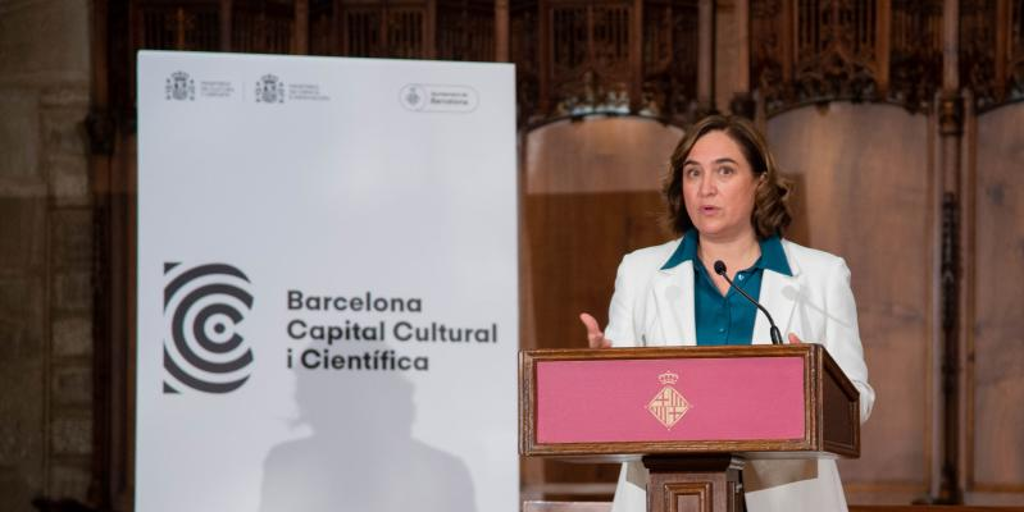 Colau, summoned to testify as being investigated for prevarication, embezzlement and influence peddling

On March 4 at 10:30 a.m., the mayor of Barcelona, ​​Ada Colau, will give a statement, before the magistrate of the Investigating Court number 21 of Barcelona, as an investigator for the crimes of prevarication, contracting fraud, embezzlement of public funds, influence peddling and prohibited negotiations. This is stated in the complaint admission order consulted by ABC, after an association denounced Colau considering that he would have committed all the crimes mentioned above when granting subsidies and financing agreements to related entities to the commons.

The Association for Transparency and Democratic Quality considers that Colau arbitrarily, discretionally and recurrently signed, without public concurrence and without justifying the public interest, a series of financial aid and agreements with the sole purpose of financing jobs, the activities and operation of various entities related to Barcelona en Comú, a formation led by the mayor herself.

A suspicion that the investigating magistrate wants to clarify by admitting the complaint and citing Colau as investigated.

The complaint points to the organizations DESC Observatory -association in which Colau worked before obtaining the mayor’s office in 2015-, Engineers Without Borders, Mortgage Affected Platform –entity that he founded and of which he was the spokesperson for five years– and, among others, the Alliance against Energy Poverty.

According to the accusation, the allegedly irregular financing system, established by Barcelona City Council, consisted of the approval of agreements, minor contracts and direct subsidies to the aforementioned entities to write studies and reports that, apparently, had nothing to do with the powers of the consistory (for example, related to social issues in Peru or Mozambique, among other countries).

The Association for Transparency and Democratic Quality points out in the complaint that the mayor would have committed a crime of prevarication, according to the Penal Code, when signing resolutions for which the council had no powers. In the same way, by spending money without justifying the purpose, a crime of embezzlement of public funds could have been committed; a crime of contracting fraud, if a personal and professional relationship between the public authority and the subsidized association or entity is demonstrated; and a crime of influence peddling, provided that there was limited free competition competitive when granting public aid.

The investigating magistrate, Ignacio Sánchez García-Porrero, in the order admitting the complaint, dated December 29, orders that, in addition to summoning Colau for next March 4, one more diligence be carried out. Thus, it asks that “the files of all the agreements signed by the organizations listed in the letter of the complaint for obtaining or granting subsidies in the period 2014-2021″ and, for this, requests the Public Prosecutor’s Office of Catalonia to send it “the integrity” of the proceedings that the Public Prosecutor’s Office carried out carried out last year on this matter, an investigation that ended up shelving, after another complaint.

The case is that the Prosecutor’s Office archived in July a complaint registered by Catalan Lawyers by the Constitution pointing out the same allegedly criminal line (subsidies granted irregularly to related entities of the commons) that the Barcelona Court now admits, in the investigation phase. . The complaint before the Public Prosecutor It was presented in March as this newspaper advanced at the time, and four months later the Public Prosecutor shelved the matter.

The complaint, in this case, pointed out that Colau and the team that accompanied her in her first term (2015-2019) could have committed the crimes of prevarication, contract fraud, misappropriation of funds and influence peddling – that is, practically the same crimes that the Court is now investigating – for the “repeated and allegedly unjustified” granting of subsidies to entities linked to the commons. An amount calculated at 3.4 million euros.

Among those who appeared accused in the complaint before the Prosecutor’s Office, in addition to the mayor, were Jaume Asens and Gerardo Pisarello, now with functions in the Congress. The first as president of the confederal group of Podemos and the purple confluences of Galicia and Catalonia; and the second, as first secretary of the Congress Table. In Barcelona, ​​they held the positions of third and first deputy mayor, respectively.

On the other hand, with the accusation, according to the literal meaning of the Code of Political Ethics of Barcelona en Comú, Colau should resign from his position immediately, Well, article 3.6 of these internal regulations states that all party members undertake to resign if they are charged with crimes related to corruption “either for their own interest or to favor third parties.”