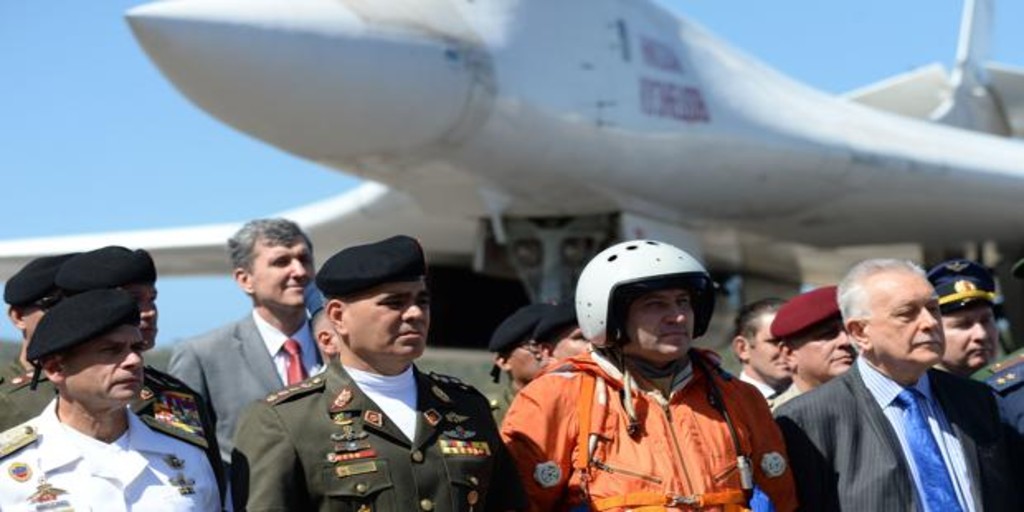 right in full crisis between Russia and the United States On account of the possible invasion of Ukraine, the person who was the head of Venezuelan espionage until his defection in 2019 has circulated a statement from his North American exile to affirm that the Kremlin already operates comfortably in America under the wing of Chavismo with two bases already installed in Venezuelan territory.

These revelations, from someone who began to cooperate with the US government when he went into exile, come just a few days after the Russian government itself implicitly warned of the possibility of a Russian deployment in Caracas and Havana aimed at Washington as a response to the growing US support for the Ukrainian government.

This military man adds about these Russian installations that “their sole objective is to threaten the national security of the United States.” Until now, several media outlets, including this one, had revealed the presence of Russian soldiers in Venezuela, reinforced after Juan Guaidó proclaimed himself interim president with US support in 2019.

Between October and April of that year, the Venezuelan general led the Bolivarian National Intelligence Service (Sebin) and has abundant information on the leadership of Chavismo and its ties with the Cuban regime. He took part in the pronouncement of April 30, 2019 to force the flight of Nicolás Maduro to Cuba, which failed. Later, the White House lifted sanctions previously issued against him. The White House thus fulfilled the promise of offering him a safe conduct if he maneuvered in favor of change in Venezuela. The general had left on May 2 by road to Colombia, and then settled in Bogotá where he began to cooperate with US intelligence. From there he traveled to the US.

Cristopher Figuera affirms in his letter that “the surrender of sovereignty is such that the Russian Government, making use of a right abrogated, recently, in the world geopolitical negotiating table in the face of the crisis in Ukraine, generated by Russia to stop the supposed advance of NATO in territories of Eastern Europe, threatened to place more infrastructure and high-level military means in Venezuela.

Indeed, last Thursday, the Russian Deputy Foreign Minister Sergei Ryabkov, said in an interview with the RTVI channel, when asked about a Russian military reinforcement in Cuba or Venezuela: “In the context of the current situation, Russia thinks about how to guarantee its own security.”

According to the Venezuelan general in exile, “it is evident that the dictatorial and criminal regime of Nicolás Maduro is a threat not only to the security of the United States, but also to the Latin American region and the rest of the free world. Since, it is the headquarters of operations of irregular narco-terrorist groups of organized crime, Islamic extremist groups, a breeding ground for the export of terrorism and international crime; that has had the complicity of foreign powers and other countries with extensive experience in tyrannies; with that of international organizations such as the European Union and the United Nations Organization and even the Vatican itself».

After arriving in the US, General Cristopher Figuera has given few interviews in the media, including ABC, and has kept an extremely discreet profile while cooperate with US authorities. He usually communicates with signed statements in his own handwriting, such as the one issued on January 16. On the location of these Russian bases there is no more confirmation than the statements of the general in exile. The Venezuelan regime has not made a direct statement on the matter.

In that statement, Figuera also harshly criticizes Vladimir Padrino Lopez, a Venezuelan military officer who has served as Minister of Defense since 2014. «Vladimir Padrino boasts in his false revolutionary and jingoistic rhetoric of recovering national sovereignty, an issue that is in question, it is enough to refer, for example: to the military equipment and means purchased to Russia, China, Iran and even Cuba; mostly refurbished scrap metal and that have only been set up as businesses to create interests and, thus, promote a false defense of the homeland, by other countries that really look after their own vested interests in the area, since they care little about the reality of Venezuelan citizens,” he says.

The truth is that in recent years, Russian bombers have arrived in Caracas nuclear-capable Tu-160, and Moscow and the Chavista regime have signed agreements for the Kremlin’s warships to use Venezuelan ports. In addition, the S-300 long-range missile system that Hugo Chávez once bought from Russia has been recalibrated and repaired, and which according to US intelligence analysis was in an almost unusable state before the latest Moscow intervention. .