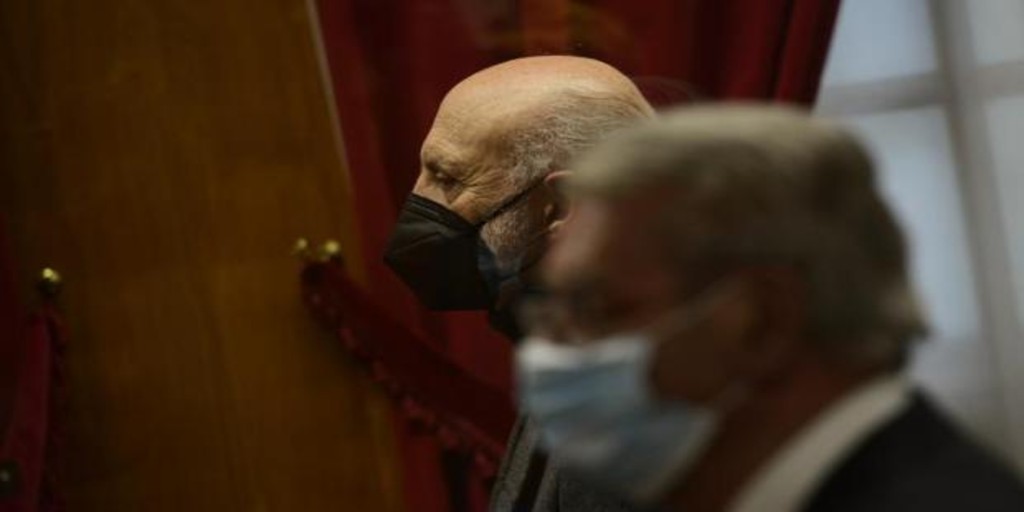 The urban planning of Orense, on trial twenty years late

The former mayor of Orense Manuel Cabezas, who governed the city between 1995 and 2007, under the acronym of the PP, defended this Monday the management carried out during his term and rejected the accusations that weigh on him and the former head of Urban Planning, Ricardo Campo Labrador (1999-2003), for an alleged crime of prevarication in competition with embezzlement of public funds. The city’s urban planning came to trial twenty years after a long and convoluted legal process, in which six other councilors from the government commission were charged for alleged irregularities in the case known as “the 10 percent.”

The case reached the court in 2014, as a result of the complaint filed by the also former socialist councilor Áurea Soto, who accused the Ourense government of allegedly exempting builders and promoters of the city from the delivery to the municipal heritage of 10% of the land. in fifteen compensation projects on unconsolidated urban land and that, according to the Public Ministry, deprived the City Council of entering the public coffers 1.6 million euros.

The chief prosecutor at the time, Florentino Delgado, ordered the case filed, but finally the judicial body decided to open disciplinary proceedings against him for an alleged abuse of authority and unjustified delays in the investigation. The State Attorney General’s Office itself took action on the matter, separating him from the case of urban exemptions on the understanding that his impartiality was compromised and appointed a new prosecutor. In parallel, the former councilor requested the recusal of the magistrates of the criminal section of the Court, questioning their impartiality.

Almost twenty years later, the case has finally reached the Provincial Court, with Cabezas and Campo Labrador in the dock to answer for their management. The two politicians responded only to the questions asked by the prosecutor and their respective lawyers. Not so to the popular accusation. During the trial, Cabezas defended his management and assured that all the files had “all the favorable technical and legal reports” while stressing that “nobody” warned him that he could be “doing something wrong.” He, he affirmed, limited himself to “voting the proposals that the technicians elaborated.” Although “we could be wrong,” he added. When he arrived at the city council, after achieving an absolute majority in 1995, the former councilor found himself with a ruling from 1994, with Manuel Veiga Pombo (PSOE) as mayor, which allowed such exemptions. During those years, different Land Laws, both Galician and state of 1997 and 1998, agreed to transfer land to the municipal patrimony. Despite everything, Cabezas — an engineer by profession — stated that “never” was he warned that it was necessary to change the way of acting, neither the technicians nor the opposition groups. “They had no way of knowing that the change in law affected those files because they were favorably informed by Urbanism and the technicians,” he argued. He was merely “giving the go-ahead,” he insisted.

Campo Labrador insisted that “he could not ignore the plenary agreement” and pointed out that he followed “the criteria of the general secretary, he was the person most versed in city council issues. No councilor or the secretary told me that the criteria had to be changed,” said the former councilor, who claimed that “never in my life have I brought a file to committee that had an unfavorable report.” The Prosecutor’s Office is investigating whether Cabezas acted “in collusion” with the Town Planning councilor from September 1999 to June 2004, “knowingly” of the non-application of the agreement approved in the plenary session on December 15, 1994, “for a of unjust enrichment” and asks for the amount of 1.57 million —for Cabezas— and 1.19 million for the former councilor for his performance. He questions that in none of the fifteen approved compensation projects (on unconsolidated urban land) was the transfer of 10% not required, “despite being mandatory.”

Justice will have to clarify whether both ex-politicians incurred in possible illegalities for not demanding said percentage, between 1997 and 2002, which was already contemplated by the Autonomous Land Law. Despite currently being away from political life, Cabezas is still a recognized figure and even his name came up several times in the pools to lead a candidacy with the PP in electoral processes.