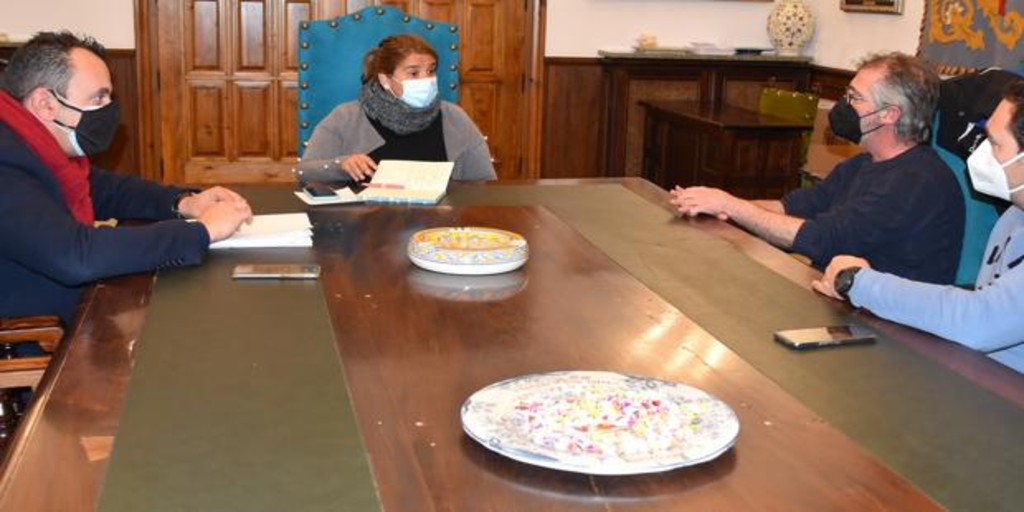 The mayor of Talavera, Tita García Élez, has transferred the beginning of the work for the realization of the Friesian Cattle Open in Talavera Fair, for which the date has been set for next April. This was stated after the meeting with representatives of the Friesian Association of Castilla-La Mancha (Africama), after having also accompanied them at the meeting in the Ministry last week.

In addition, he indicated that About 1.1 million euros, of the 1.4 made available by the regional government (through the Ministry of Agriculture, Water and Rural Development) in direct aid, will reach the economy of Talavera and region to compensate the dairy sector for the losses suffered during the year 2021.

In this line, the first mayor has highlighted the work that has been carried out from the Government team, not only supporting the sector in the demonstrations, but in the offices. Likewise, García Élez praised the work of Africama, “representing and giving a voice” to the group of dairy cattle farmers, to “guarantee the development and proper functioning of the farms in the region”.

Because, has valued very positively the increase in the own funds of the Regional Administration for milk control, which is “fundamental” to improve the genetics of the animal and make dairy farms profitable.

In the same way, the mayor has referred to that first meeting to be held in February of the newly created Price Observatory of Castilla-La Mancha, “very important” for the future of beef in the sector, to demonstrate to the industry that “it cannot be sold below the cost of production and that, thus, a minimum price is guaranteed to all farmers.”

Also, he recalled that the regional Executive has committed to contributing to the future of the sector, hand in hand with Africama; creating a new line of aid in the Rural Development Program 2023-2017, which “until now did not exist and they had been demanding for a long time.” This will favor research, through the analysis of the dairy cattle genome, for genetic improvement and that results in “improving profitability, competitiveness and marking a differentiating element in the market”.

Before the moment of the closing of new contracts between the farmers and the industry, he has requested all the help and support so that “all the pieces of the puzzle fit” and that consumers know that they are buying a quality product, the distribution chains raise those prices on the shelves and the ranchers do not work at a loss.

Finally, he has also moved the Start of work for the realization of the Frisian Open, for which the date has been set for next April. An event for which the mayor has shown the “decided commitment” and contribute to this sector in an exhibition and fair setting that serves as a forum for meeting and celebration among dairy cattle farmers. This fact has been seen with “joy” by Africama, as stated by its secretary, Diego Jerónimo.

In general terms, from the association they see with “hope” all these announcements, as well as a “turning point” in terms of commitment to the future of the sector, especially, with the commitment to genetic improvement and the creation of the Price Observatory for future negotiations.