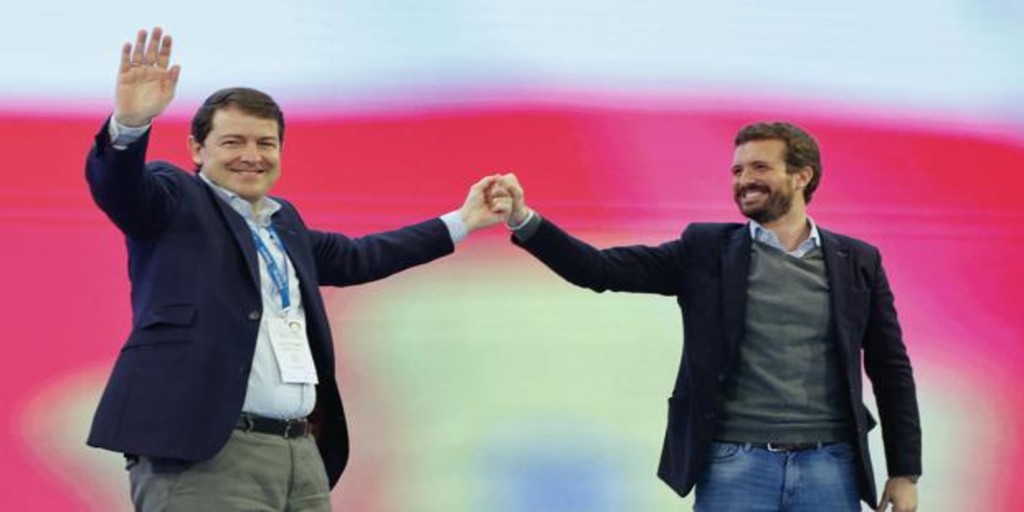 Mañueco promises a baby check and tax breaks against depopulation

It is not usual for the Popular Party to conclude a regional congress, in this case in Castilla y León, to the sound of the national anthem. But any small crack through which votes can escape must be closed because The congressional appointment that the popular people of these lands concluded yesterday in León was much more than a party procedure. And in case there was any doubt, this was corroborated by Alfonso Fernández Mañueco in his last speech: “Today is the starting signal to close the doors so that Sánchez can settle in Castilla y León”, by the hand of Luis Tudanca, the candidate of the PSOE to the Board. An affirmation that he made after being re-elected regional president of the PP almost unanimously, having obtained 98.26 percent of the votes (1,129 of the 1,154 cast, with 20 blanks, five null and no ballots against.

So yesterday morning took place in the Palace of Congresses and Exhibitions of León between unrestrained displays of euphoria and a lot of rally speech to end a conclave that “has been perfect, a success”, in the words of Mañueco, because “a stronger and more united PP comes out, reinforced to go for it all” and because ” from here we leave for the victory». More than half an hour of intervention in which the popular leader, in electoral mode, coined new promises to turn them into reality if he wins the elections, such as the implementation of a “baby check” of direct aid for each birth that occurs in community.

Too He undertook to shield all public services by law, to lower the regional section of personal income tax and to design new deductions for residing in rural areas at risk of depopulation or for work transfers to localities with these problems. For the self-employed, he announced that the aid of the reduced flat rate will be doubled, especially in the rural world. “Sánchez crushes the self-employed and we pamper them,” said the re-elected president of the PP in the Community.

Later, he took advantage of the presence of the national leader of the popular, Pablo Casado, who closed the congress, to give him duties with immediate effect the day he becomes president of the Government. In this way, he demanded a new “fairer” regional financing, which “pampers” the countryside and promotes infrastructure. “We are the party of Loyola, Arias Cañete and Tejerina and you have to be the president of the farmers and ranchers”, Mañueco asked Casado. This, in his speech, picked up the glove by committing to design a regional financing system that “covers the needs of communities in which public services cost more due to depopulation and dispersion.” He also announced the development of key projects for León such as the León-Orense motorway, the Atlantic Corridor, the completion of the High Speed ​​with Asturias, the end of the works on the Palacio de Congresos or the second phase of San Marcos.

Alfonso Fernández Mañueco did not hide his satisfaction with the development of the Congress, in which the senior staff of the PP, from the national leadership to the regional presidents, have combined to promote his candidacy for the Board, the second assault after Madrid and before Andalusia, on the route to Moncloa. The presidency of the party has been nothing more than a formality in an unprecedented electoral scenario in which everything adds up.

A context in which to add images that are interpreted as props is invaluable. And if on Saturday the president of Madrid, Isabel Díaz Ayuso, and the president of Galicia, Alberto Núñez Feijóo, joined the cause of 13F and received applause and ovations, yesterday it was the turn of the former president of the Board, Juan Vicente Herrera, and the mayor of Madrid, José Luis Martínez-Almeida. The first did not have public intervention and although he has shown that he wants to know little about political activity, he received the affection of the PP supporters and supporters; The Madrilenian harangued Fernández Mañueco to win the 13F elections with a clear message: «The time for ‘sanchismo’ is running out, it already has a countdown» and, for this, «we are all going to turn our efforts in this month that is missing for the elections”, pointed out an Almeida who, according to how damaged his voice was, had to enjoy a lot in the Leonese night, according to one of his companions who was in charge of proclaiming.