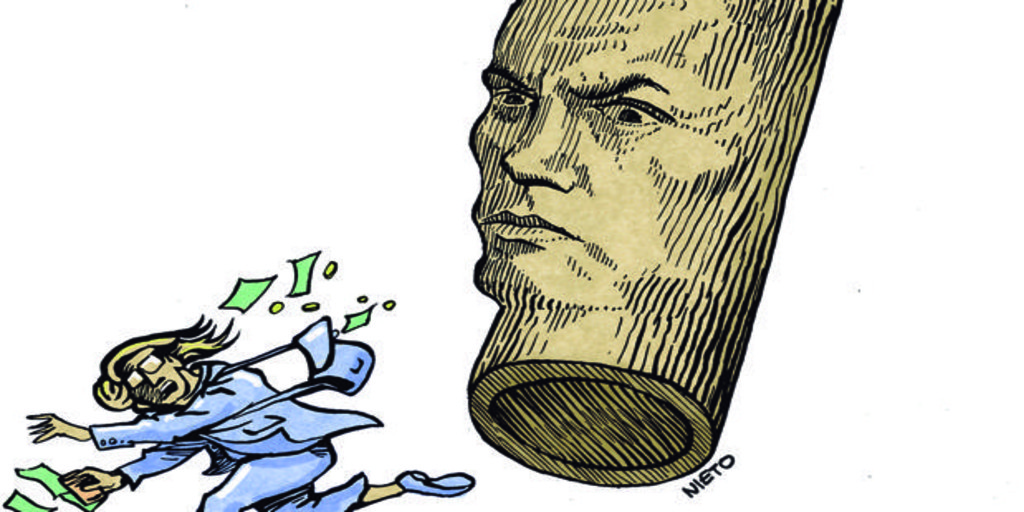 We are the wildebeest that crosses the Mara River and ends up in the crocodile’s belly. We are the wild-eyed gazelle that ends up in the claws of the cheetah. We are the seal that lingers on the shore and ends up in the jaws of that orca that emerges from the sea with the speed of a missile. We are, in short, the food of the predatory governments that invent diabolical mechanics to continue depleting our savings. Less optimize resources, cut salaries plugged in and manage sensibly, whatever. If the talent they show when it comes to satiating their appalling greed by punishing taxpayers over and over again were applied to channel resources avoiding wasteful waste, a different atmosphere would be breathed.

Jim Goad is right when, in his incorrect, irrevent and somewhat cafre essay ‘Redneck Manifesto’, he says that governments are a kind of malignant ectoplasms that plunge their hands into our pockets to rob us. Cristóbal Montoro, to satisfy his vampiric cravings, dared to tax lottery prizes, something sacred until then. He collected a trifle, but he killed the symbol of a country that dreams of coupons, primitives, quinielazos, bingazos and Christmas fats with the aftertaste of disreputable cava. Our current privileged skulls, if nobody prevents it, plan to resort to another bite when you collect compensation for an accident. The idea, the occurrence, doesn’t seem like it’s going to reap formidable sums either, but trifles the size of a turkey booger, but they are there, crouched to repel any loose crumbs with the frenzy of the cannibal tyrant determined to devour his subjects. If when you suffer a setback that leaves you with broken bones and ruined morale, perhaps it helps you, just a little, receiving financial compensation, suffering the ax blow of the tax leads you to the condition of cariseco, cuckolded and beaten. We are the defenseless rodent crushed by the unbearable government slot machine and we do not even flinch from sheer exhaustion.