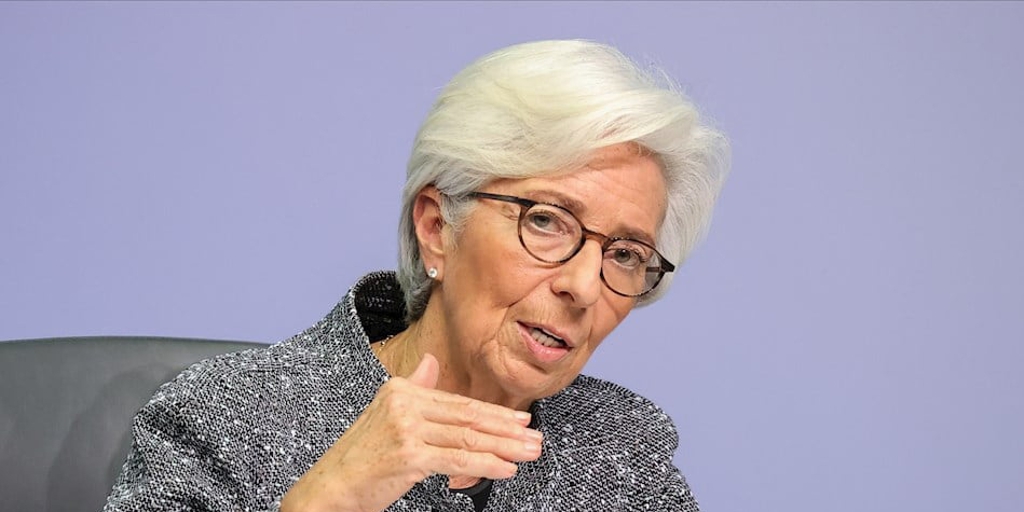 Negative real rates for a while

Morgan Stanley last week raised its estimates of US rate hikes to four this year, joining other investment banks that had also recently stepped on the gas on what they thought the Federal Reserve was going to do. In fact, the film has changed a lot in recent months. From not expecting any rise a year ago to expecting the reference rate to go to 1%.

It is important to highlight the latter. Given the starting point, the foreseeable rate hikes do not imply a substantial change in the tone of monetary policy. In fact, if, as the market expects, they also rose twice more in 2023, the short rate would remain below

expected inflation -2.5%-, so real rates -nominal rates minus inflation- would be negative. This in the United States, because in Europe the central bank is clearly behind, so on this side of the Atlantic we have negative real rates for a while.

This situation is not harmless at all. It is good for the economy because it encourages investment, especially in real estate. In fact, the best period of the Spanish economy in the last forty years coincides with the years in which we had negative real rates. It began in the mid-nineties of the last century in the process of convergence with Europe. And it continued once in the euro: we had Spanish inflations with German rates. Gasoline for construction. And Spain is a country, it goes without saying, that when construction falls, it flies.

The clear losers are those who have the money in a checking account or invested in fixed income. They are, so to speak, the ones who pay for the party. And it is in these periods when the maxim that there is no return without risk is best understood. Like ultimately whoever wants profitability will have to take risk.

Negative real interest rates are clearly a tailwind and more so for an economy like the Spanish one and a Stock Market in which the sectors linked to the cycle have so much weight. It is what touches for the next years.

Another of the economic keys this year is going to be the reversal in the consumption of services versus goods. In recent months it has been precisely goods that have led the very strong economic recovery, standing well above pre-crisis levels. The recovery in the consumption of goods has been much faster than that of services for obvious reasons and has broken with the correlation they have had historically. The consumption of services is still almost 20% below pre-crisis levels but it is likely that in the coming months, thanks to the reopening of the economy, it will not only recover the lost ground but also reverse the behavior of the last year.

At this point we cannot buy more mobile phones, or treadmills, or subscribe to more platforms. Most likely, as soon as they leave us what we want will be to travel what we have not traveled, see the shows we have not seen or celebrate what we have not celebrated.

Logically, this reversal of the trend between goods and services has its economic consequences. On the one hand, there are more service economies that will undoubtedly benefit more from people finally returning safely to the streets. And this is certainly the case in Spain. Not only will we Spaniards try to make up for lost time by throwing ourselves out on the streets as soon as they finish letting go of us, but Spain is a privileged destination for the rest of the world to come to the same – more so in the current circumstances in which many of its natural competitors follow with restrictions.

And there are also companies that benefit more from us going out on the streets more. The opposite effect of what we saw months ago when what he ordered was to stay at home. And probably, as has happened with consumer goods, the movement will be magnified.

Start of the year

Although we have only been on the market for a few days -and a swallow does not make a summer- it seems that the pace with which it starts is clear. Rises in interest rates that are dragging down the rest of the market. And although last week we commented on how this movement was similar to the one seen a year ago, it certainly has not been the norm in recent times and it catches everyone with a changed foot.

The increases in interest rates have their translation to the valuation of everything: currencies, fixed income and variable income. In currencies, it seems reasonable that this movement, being led by the United States, drags the dollar. Now, the foreseeable higher growth in Europe for the next two years works against it. In fixed income there is little to take refuge. At some point, as soon as the markets price in future increases, it will be a good time to enter, opting for returns that we have not seen in a long time.

And when it comes to equities, this movement is what last year was called a great rotation. Outflow of money from sectors whose valuation depends heavily on future growth, which in recent times have been favored by low discount rates. And vice versa, inflows in the most cyclical sectors that also continue at very attractive valuations and are very underweight in the portfolios of institutional investors.

So far in 2022, the Spanish Stock Market is one of the developed ones that is doing the best and the American technology index is one of the worst. Everything is a matter of sectoral composition. Logically, in the Nasdaq the weight of technology is everything while the sectorial bias of the Spanish Stock Exchange is the cycle in its different versions -banks, raw materials, consumption, real estate-. These days that we are celebrating the 30th anniversary of the Ibex 35 serves to remind us of two clear periods that it has had. Until 2008, which marked historical highs and then where it has languished and has earned quite a bad reputation. Behind this behavior has basically been the evolution of interest rates. If what we have seen these days has been the turning point in the behavior of recent times, it will also mean opening a new positive chapter for the Spanish Stock Market. We will see.