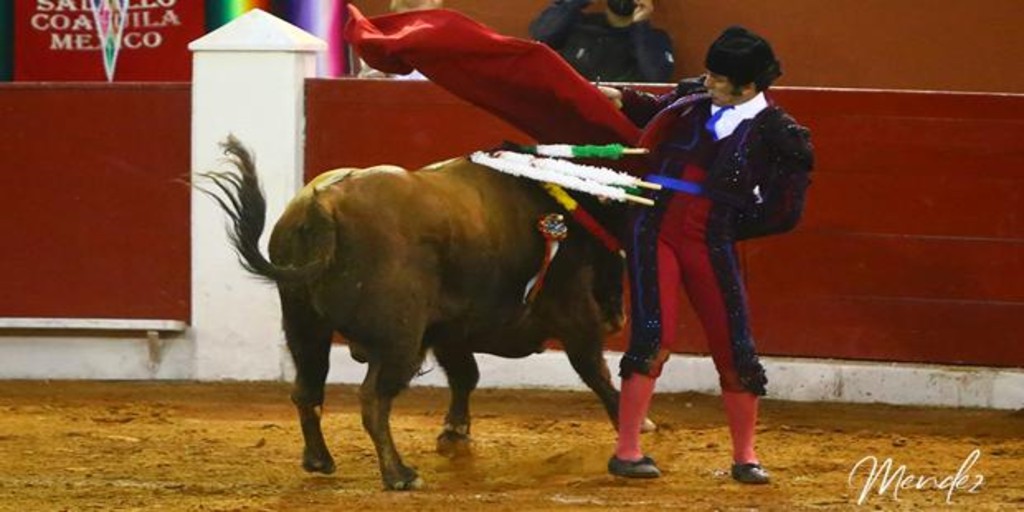 Before three quarters of entry in the El Paseo-Fermín Rivera Monumental arena, in an afternoon of pleasant weather, the extraordinary bullfight of San Luis de Potosí took place, in which the winners were José Antonio ‘Morante de la Puebla’ and Octavio García ‘ El Payo’ each cut two ears each, but in the end only the sword from Querétaro came out on the shoulders. The rejoneador Jorge Hernández Gárate also touched hair, but the trophy was protested, according to the chronicle of Emilio Méndez.

It was Morante’s second work, an extraordinary task, he tells in his chronicle Emilio Mendez. ‘Uncle Pepe’ was the name of the bull. The one from La Puebla began his great performance based on five long, very personal Cordovans, to flirt veronicas and remove in an artistic way.

He surprised everyone by taking the banderillas to perform three old-fashioned lots in an emotional way, reminding the Divino Calvo, standing out the third pair at the change and passing the bull very close to the belt, lifting people from their seats. With the crutch, without removing the montera, he began in a special way on his knees to curdle a task that went further, with very bullfighting details and capturing in the ring images of the bullfighting of yesteryear, with a lot of art and tradition on both sides. An entire work of morantista art, without equal. The bull came to less, but the bullfighter was growing in his work. He finished with ballet flats in his style and summoned the bull to his knees to go in to kill and when the time came, he got up at the right moment to leave a sword blow and cut off the ears before the total surrender of the square, as has rarely been seen.

In his first horn, he speared the veronica knee on the ground with good exposure and it was better seen in a remove by chicuelinas, with a lot of tradition. With the muleta he prevailed over a difficult bull, doing the bullfight with value, leaving stupendous quality passes, including two trenches of a lot of art, two batches, one for each low-handed python, of obvious sensitivity. In the end, he adorned the work with details of painting, the bull came to less and killed him with a sword blow in a good place to be applauded.

the Payo, the first of his batch, brave and good game, veroniqueó with temperance and art. His work as a crutch, after a toast to the bullfighting businessman Pablo Álvarez, was based on artistic strokes, understanding his antagonist, especially from the right profile and lowering his hand in several series, all done with packaging and bullfighting. By naturals he left rhythmic passes that connected with the laying. Closed with tight flats. He was not successful in killing and everything was in applause.

And in the one that closed the celebration, ‘As of Cups’, a good game, which with evident determination, he speared Veronica warmly and classily. With the flannel then came the afternoon ecstasy Through a task of the best that this bullfighter has been seen, full of dedication and the people always with him. A flurry of many nuances, with passes on both sides, executed with feeling, but, above all, enjoying and making the public enjoy. The bull came a little less, however, Octavio continued to stay very still, made lunges, put his thighs causing emotion in the lines. There were details bullfighters on their knees. there was some petition for pardon that was not granted for then to enter to kill and leave an accurate lunge to cut the ears and give the bull slow drag. He went around the El Payo ring with the ranchers and in the end only Octavio came out on the shoulders, because Morante de la Puebla did not want to do it.

Six bulls from the Jalisco dehesa of Tip, two of them for rejones, the second being good and the first regular for bullfighting on horseback and, for those on foot, the fourth was good, which deserved the slow drag; the second and the third were allowed to fight and the first was regular.