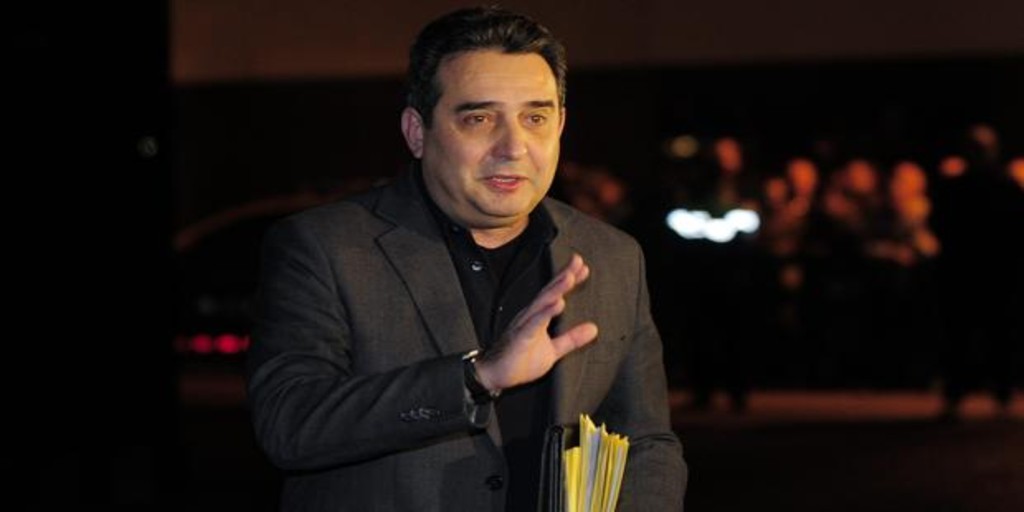 Manuel Bustos, in jail for removing fines from his family

They called him the ‘capo’, and his style was certainly that of a chief of municipal politics: he governed freely, in an authoritarian manner, sheltered by a clan that owed him favors... local power with ascendancy in his party, a character from a time not so distant, in which practices now almost unimaginable were tolerated. Somehow, when last week the former socialist mayor of Sabadell (Barcelona) Manuel Bustos (Valencia, 1961) entered the Lledoners prison it was closed the circle of an entire era of corruption in Catalonia, a way of doing things that contaminated politics in this community for decades, some scams based on municipal power –basically employment and public works– and with

ramifications to all parties.

Among the many accounts that he still has pending with the Justice –within the macro-cause called Mercurio–, Bustos entered prison perhaps for the least relevant, sentenced to three years for put pressure on the local police in Sabadell to collect parking tickets from his wife and son. A minor matter, without a doubt, but very symbolic of the manners and style of the person who governed the city council of one of the industrial capitals of Catalonia –Sabadell, now with a census of over 215,000 inhabitants– as if it were his home, placing his family in key positions, distributing jobs outside the regular channels, threatening to cut off heads when necessary, maneuvering through his party to achieve influence in other municipalities, in short, acting as a ‘capo’, as those who treated him defined him in the two years of recordings that formed the basis of the Mercury operation and that ABC advanced.

When in 2012 he was charged with urban corruption, no one imagined the ramifications that would come to be uncovered – there are almost forty separate cases – but instead the reaction, between the cocky and the defiant, of a Bustos who came to feel unpunished. «You tell Homs (spokesman for the Generalitat) and Oriol Pujol (then Secretary General of the CDC) that to kill me they will need more», he told David Madí, former Secretary of Communication of the Generalitat, when he already suspected that he was being investigated by the Mossos d’Esquadra.

His resignation, in fact, was deferred. In 2012 he resigned from the mayor’s office, but it was not until 2014 when he left active politics -resigning the act of councilor and his position in the Barcelona Provincial Council-, at that time persecuted by the case of false diets that splashed other mayors . one more in one lengthy list of irregular behaviors – bites, influence peddling, embezzlement, prevarication, documentary falsehood – for which his brother was also charged Paco Bustos, his wife, placed as advisor to the mayor’s office; his uncle Melquíades Garrido, powerful president of the Sabadell Builders Guild and whom his nephew appointed president of the municipal housing company, Vimusa, as well as the PP councilor Jordi Soriano, among others.

There are still several trials pending to be held – the judicial investigation has been going on for a decade – and others have already been condemned, such as the sentence to Manuel and Paco Bustos, as well as the also socialist Daniel Fernandez, to one year and four months in prison for maneuvering to place a related person in the municipality of Montcada i Reixac by pressuring the mayor of this town.

Brilliant track record for the one who worked from janitor at the Museum of Paleontology from Sabadell before beginning his political career under the protection of the PSC, a party he joined at the age of 15. In 1991 he was already an opposition councilor in the Sabadell City Council, as well as a deputy in the Catalan Parliament. In 1999 he was proclaimed mayor, taking over from Antoni Farrés, the esteemed mayor (first in the PSUC, then in the Initiative) who, due to his conduct and career, would be the antithesis of the Bustos style and his clan.

Away from the Catalanist PSC

Alternating agreements with CiU, ERC and ICV, Bustos knew how to remain firm in his position, always surrounded by an entourage of friends and family, also gaining influence in a PSC in which he represented the sector furthest from Catalanism, to the point that, as journalist Sara González uncovered in her book ‘Cas Mercuri, la galàxia Bustos’ (Edicions-Saldonar), in addition to sound like ministerable was the leader appointed by Alfredo Perez Rubalcaba to revive the Catalan federation of the PSOE in case relations with the PSC were to break down. “I have made mistakes, but not crimes, damn it”, Bustos himself explained in the aforementioned book, a whole display of style on the part of someone who became everything in Sabadell and now, in the absence of pending trials, is in jail for removing fines from his family.