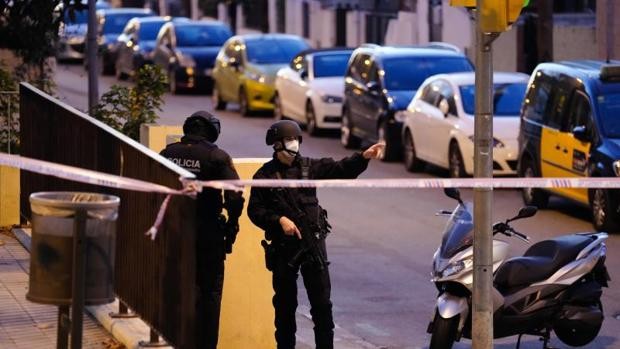 If you want to be up to date with all the latest news hours today, ABC makes available to readers a summary with the essential headlines of the Sunday, January 16 that you should not miss, like these:

After three hours of waiting, the Special Intervention Group (GEI) of the Mossos d’Esquadra has assaulted the apartment in Sant Martí (Barcelona) where the shooter who this afternoon wounded two people, who have been injured, would have barricaded himself. Upon entering the property, the agents have not found anyone. The search for the suspect continues.

Coronavirus Valencia today: third dose for people over 18 years of age and municipalities at extreme risk of contagion

One day after the Vic City Council (Barcelona) vetoed the installation of an information tent for the Escuela de Todos platform, to ask for bilingualism in the classrooms of Catalonia, a person has insulted the volunteers of the platform and has thrown the tent material to the ground installed in San Adrián del Besós (Barcelona), as reported by Escuela de Todos on its Twitter account.

The People’s Party barons They have met again this Saturday in León, at the regional congress of this political formation in Castilla y León. And they have done it to show a closing of ranks between them and with Genoa, to make it clear that their authentic adversary is Pedro Sánchez. Isabel Díaz Ayuso, Alberto Núñez Feijóo, Juanma Moreno and Fernando López Miras participated in a table coordinated by Alfonso Fernández Mañueco. This time there has been no occasion for loose verses or many internal taunts, although there have been some, but there has been a single message, with an eye on the elections on February 13. Of course, Ayuso has vindicated his 4-M victory, which “was not an anecdote”, and has asked Mañueco to take the baton to end Sánchez’s “nightmare”.

«They ruined my life; I spent 413 days in three prisons for a kidnapping that did not exist»

“My life has been completely ruined. All my aspirations, my businesses, my dreams (…) I spent 413 days in three prisons for a kidnapping that I did not commit because it did not exist». Abel speaks, 28 years old, who grants ABC the first interview with a media outlet. He, Rubén, Carlos and Nicolae were acquitted in October of the abduction of a young man named Federico in Santa Olalla in November 2017.

Spaniards, Chinese and Romanians, the pimps who dominate the paid sex business

Marcela looks askance at the camera that focuses on the parking lot from the bar of the club where she works. Wait for the car that will save her. When she appears, she runs off perched on her impossible heels. “I didn’t see it because of the fear I had. I don’t know how I got into that car.” Fourteen years have passed and terror, but it took another three for her to return to being the woman whose name is not Marcela. «I preferred to be insulted than to be called a victim. I did not recognize myself as a victim, I did not want to cause pity. It saves his name and tells his story. Brazilian, 39 years old, exploited by a network of pimps who promised her a job as a caretaker in Sao Paulo and threw her into the hell of forced sex and cocaine lines in brothels in Portugal, Seville and Madrid. “Prostitute and drug addict, I was going to be a lawyer.”