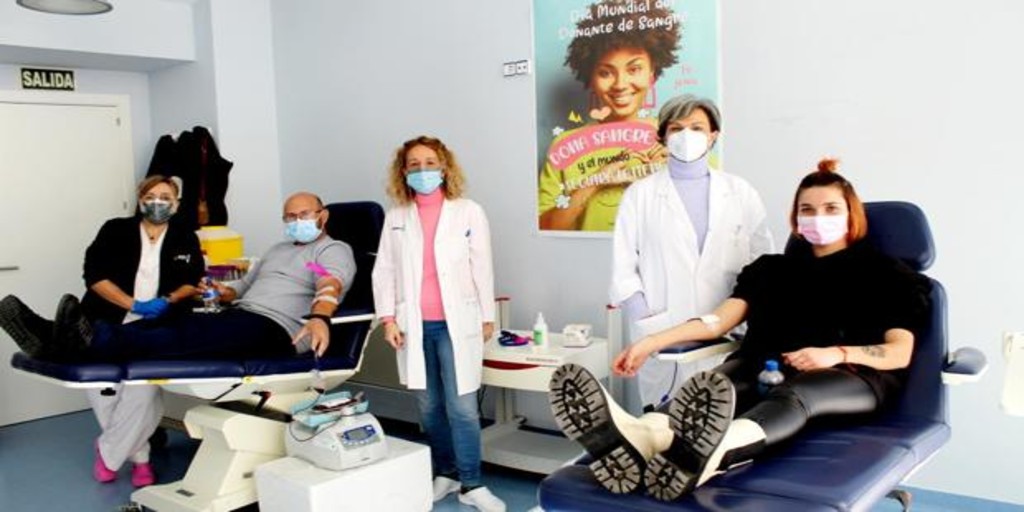 This has been confirmed by the coordinator of the Hemodonation, Hemovigilance and Hemotherapy Network of Castilla-La Mancha, Dr. Elena Madrigal, who has detailed that in 2021 registered blood donations have increased by more than 5,000, compared to the same period of the previous year.

Specifically, 82,122 donors have been treated throughout the Transfusion Center Network, fixed hospital points and collections, which translates into 78,782 donations of blood, plasma and platelets, 5,367 more than those registered in the previous year.

In relation to new donors, as Dr. Madrigal has pointed out, “the good evolution and awareness of the Castilians of La Mancha are maintained”, since a total of 6,700 people have made their donation for the first time in 2021, the Board has reported in a release.

In addition, the coordinator of this regional network has highlighted the fact that donation activity has been maintained both at the nine fixed hospital donation points, located in the centers of Albacete, Cuenca, Ciudad Real, Alcázar de San Juan, Puertollano, Valdepeñas, Toledo, Talavera de la Reina and Guadalajara; as well as in the collections that have been made in all the towns of the region to guarantee blood components to all hospitals in Castilla-La Mancha.

Likewise, it has had the support of the nine brotherhoods or associations of blood donors in the region, with its multiple local boards in all the towns, which have collaborated closely with the three transfusion centers.

86 percent of these plasma donations were used for transfusion and obtaining plasma-derived medicines for patients and the rest of the plasmapheresis, specifically 366 bags, correspond to plasma from a convalescent donor due to Covid-19, that is, from “donors that they had passed the Covid and had defenses against the virus”, as explained by the regional coordinator.

In the exclusive donation of platelets or platelet apheresis, 659 processes have been registered over the last year. These data, highlighted Dr. Madrigal, are the result of “solidarity and fidelity that characterize our donors and their commitment to community health.”

The doctor has also influenced the recognition of the more than 200 professionals who make up the Hemodonation, Hemotherapy and Hemovigilance Network of Castilla-La Mancha, for their “professionalism, commitment and willingness to face all the situations that are being experienced to guarantee the good development of our work, within the framework of the health recommendations set by the Ministry and the Ministry of Health».

Likewise, he stressed that “city councils, councils, security forces, the media and other institutions join this commitment and help promote blood donation in all localities.”

A union that is a reflection of the “solidarity and fidelity of the donors who have set an example of responsibility and commitment to community health in 2021”, as the regional coordinator pointed out.