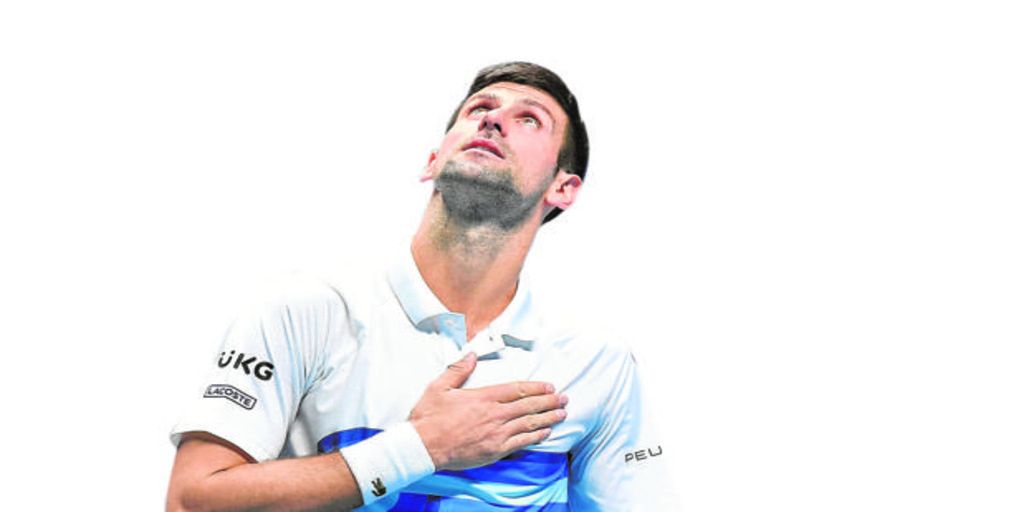 To the amusement and gossip of the great planetary public, Simone Biles’s confession at the Tokyo Games came last summer to hang from the asymmetric bars that measure the skill and strength of gymnasts -exposed to the eyes of the world, projected on multiscreen – the mental imbalance that elite athletes often suffer from. Trained to win, Biles took the medal for the disorder that leads to weakness and the metal of inferiority that leads to depression. Lots of neck weight. He almost drowned. It was coming down. We became very sensitive and compassionate with the defeat of Biles, overcome by the impotence that she herself manufactured, in the same way as yesterday

we celebrate, Grand Slam vigilantes, sofa lynchers, Djokovic’s departure from Australia with his tail between his legs and his visor down, when both athletes share the disorder of believing they are not. A, lower; the other, higher. Repeated as many times as necessary, the founding motto of Podemos -“Yes we can”- is a confession, in the best case yearning, of supremacism and superpower that leads the subject to compete with weapons that he does not have and that he invents. That’s called a lie, for good and bad. It is suffered by Simone Biles when it is blocked and disarmed, and also by Djokovic when it is unlocked and rearmed, which is almost always. His father says that yesterday he was shot fifty times in the chest. That the tennis player is still alive is not a miracle. He thinks he is superior, he considers himself immortal, he is the idol of an enlightened sect and we laughed at him, with what we had advanced on the subject, already unlocked, of mental health. Djokovic has lawyers and a guru, but what he needs is a doctor, as Errejón was told in Congress.