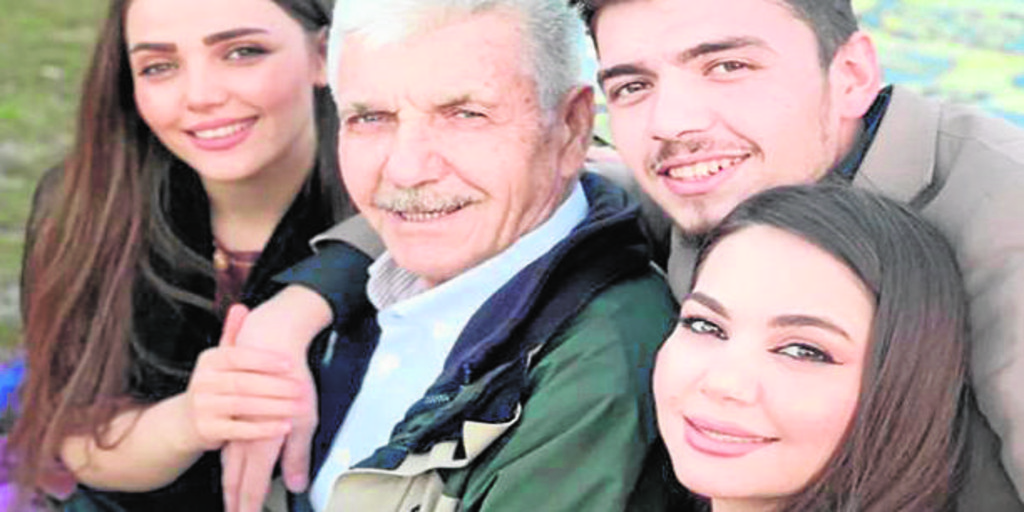 ‘Baran’, the visible face of the greatest tragedy in the traffic of small boats from France

Krmanj Ezzat Dargali answers the ABC phone call from his home in the city of Soran in Iraqi Kurdistan. He speaks in a slow, friendly tone, assuming despite the obvious sadness the role of spokesman for his cousin’s family, Maryam Nouri Hamadami, one of the 27 people who died in the tragic sinking of an inflatable boat on November 24 in the English Channel. The body of the 24-year-old, whom her family affectionately called ‘Baran’, which means ‘rain’ in Kurdish, “was the first to be identified.” “It’s something very sad, very traumatic,” says his cousin, who confesses that “we are still in shock about what happened.”

Baran wanted to enter the UK to join her fiancé, who lives in the country, but did not get a visa, so he decided to risk crossing by sea.

Her boyfriend didn’t know, since she wanted to surprise him. “She traveled from Kurdistan to Turkey, where she tried to get a visa, but Great Britain did not grant it,” despite the support of her boyfriend from British territory. “That’s why she took the most dangerous path,” says her cousin, who explains that since the young woman’s death, “her mother is ill; she and her father are broken by grief.” “Why didn’t the government allow a resident of your country to marry whoever he wanted?”, he wonders, later pointing out that after the death of his cousin, “no person from the British government has spoken with the family.”

Krmanj Ezzat Dargali acknowledges that what the young woman did “is not legal”, but explains that many people leave their countries fleeing war, violence, hunger or because, in the case of Kurdistan, “the situation is not good , especially for the youth, who want to have a better future». And that “things here are better than in Syria or Iraq,” he says, but takes the opportunity to put his finger on a problem that, in his opinion, is not new, and dates back more than a century. «The United Kingdom and France divided up Kurdistan and left us (the Kurds) alone, divided, without help. If we had an independent and recognized state, perhaps Baran would still be alive because I would have managed to go to the UK as a regular migrant instead of taking the boat route,” she says.

You have to go back, at least, to April 1920 to understand his argument. It was at that time that London and Paris made official in San Remo, Italy, the pact secretly negotiated four years earlier by the French François Georges-Picot and the British Mark Sykes, known as the Sykes-Picot Agreement, and that contained the distribution of the Ottoman Middle East between both powers after the disintegration of the empire and the end of the First World War. Many experts say that the borders were “made with a pencil and a ruler”, a drawing that did not take into account the ethnic, religious or linguistic characteristics of those who lived there, and that in the case of the Kurds, who they have their own language and are considered the most important ethnic minority in the Middle East, causing them to end up distributed in the territory now occupied by Iraq, Iran, Turkey and Syria. Like Baran, many of those who drowned in the frigid waters of the Canal in November were Kurdish, including a pregnant woman and three children. This is the disaster with the highest number of deaths since records began to be kept 17 years ago.

“I would ask the British government open safe routes for those who want to emigrate to avoid tragedies, “asks Baran’s cousin, who also says he does not understand what is being done to catch human traffickers while immigrants continue to risk their lives. Before ending the conversation, he thanked the shows of support for the family, and was pleased that they could at least say goodbye to the young woman, whose body was repatriated.