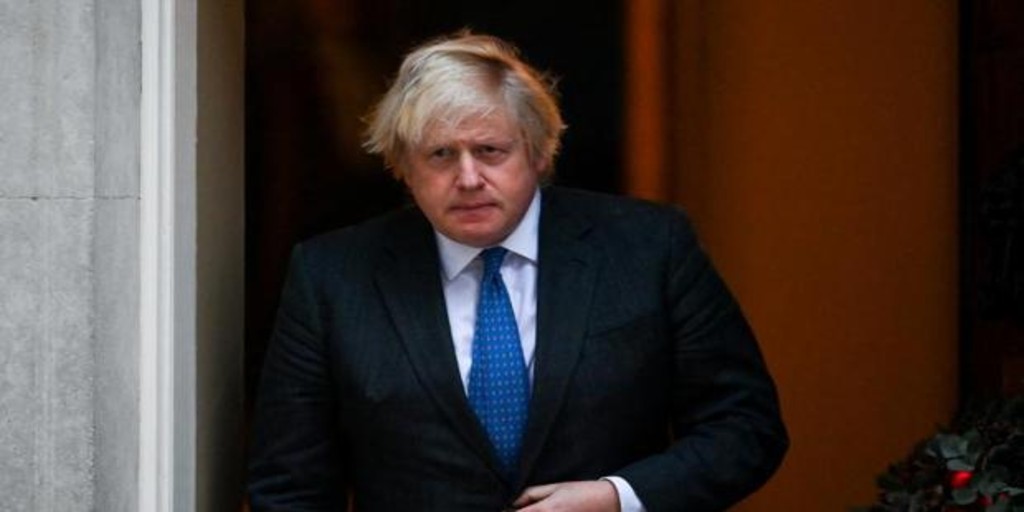 If you put a glass of Soberano in Boris Johnson’s right hand and a ‘Faria’ in his left, he looks like my uncle José María when he dressed up as Chelo García Cortés at that carnival in Ciudad Rodrigo. Although now that I think about it, what is authentic, what is truly professional is to carry a glass and a cigar in the same hand, the right, thus allowing the left to free itself and look for the lady’s waist like a diviner in the summers of the mountains. And the rest, that cañí air that the pasodoble gives to middle age. One sees Boris and mentally sounds ‘Chiquilla’ and Mahou’s thirds fly. It’s that way of moving like

official on New Year’s Eve, that way of turning around like my godfather looking for God and his wife on my communion day, those legs stretching out like Inspector Gadget and looking for the Greenwich meridian in an imaginary ‘Entanglement’, as if Downing Street it was Guernica and that song was an aurresku by Aretxabaleta. Oh, Prime Minister, your name reminds me of Russia, the RDA, another Boris, specifically Becker, but with bangs, a Puritan on his day off, a summer ‘Brexiter’ in Denia, a Tottenham hooligan doing time at the Torrelodones gas station.

Watching Boris dance is like reading Simeone’s letter to the wise men, like a drug dealer rocking a newborn, like a punk at the gate of El Rocío. I look at him and immediately think of the singer of the Clamores orchestra greeting the ‘Peña Los de Siempre’ when the singer introduces the bassist, who at that point in the gig is already at the top of ’eme’. It reminds me of a plate of ear, a quarter and a half of morcón, of a medieval market of those that stink of donkeys and dust and that fill Spain with anti-psoriasis soap and anti-capitalist crafts.

It’s that disheveled blond, the Camacho furrow that can be sensed in his armpits, the Oxford blue of his shirt and navy blue of his pants -I hope it rains coffee in Alcampo-, his hands on one side and the other, up and down, as if doing syncopations with his feet, feet pointing to a Windsor sky, I don’t know, I don’t really know what he does, he seems to alter ‘The Ye-Ye girl’ with ‘I have a yellow tractor’. And all with a mask sticking out of the left bag. Everything is so Spain, so normal, so middle class, so brother-in-law and so pipero that I have a terrible desire to join that dance, start a conga, direct it towards a barrel of sangria and fight a colleague with the American, gallant until the bar.

From time to time, Boris stops and alternates the movement of his arms, like the ‘Sacamantecas’, but then he changes his mind and stays still to limit himself to applauding, I don’t know who, maybe himself, maybe that lady who It looks like a mix between a Civil Guard with the gusiluz and Luke Skywalker on a checkered floor. And all with a conservative belly that trembles to the rhythm of the distorted bass, suffocating the staff with a seriousness that is not only sonorous. Boris continues with the dance, it looks like Poti Poti throwing Anglican rays and leading the people towards a two by four that changes everything, doing the robot. He only needed to tighten half a cachi of calimocho at once and throw the other half over it before sticking his nose into the first pass, risking the bite to red or black. Then he raises the can of beer, the pride of class, without class, the five o’clock tea, but changing the cucumber for a bologna sandwich. Sometimes it is as if possessed by Juanito Navarro and the only thing missing is a stamp of the town’s virgin inside the ‘Union Jack’. And you think that when you get home, you’ll have a cold sausage leftover from yesterday for dinner. But it won’t be anymore. Because the conga, like life and like the buffet, goes on. And you will think that the tradition, surely, was just this.