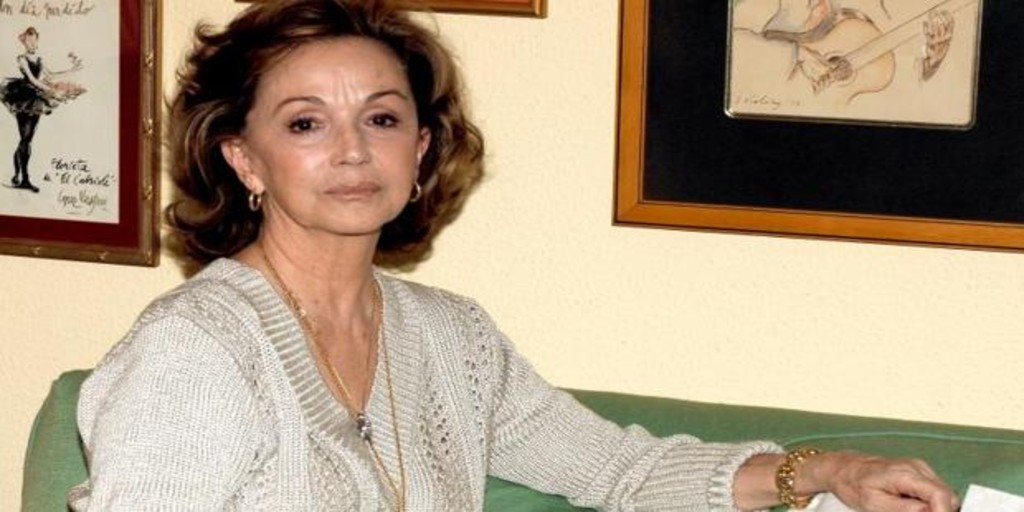 Actress Carmen de la Maza dies at the age of 81

The actress Carmen de la Maza He passed away this Friday at the age of 81 after a professional career linked to theater and television, where he participated in formats such as ‘Estudio 1’ or ‘Novela’ and in the TVE series ‘Room 508’ or ‘Juncal’.

Born in 1940 in San Sebastián, the performer is the daughter of the illustrious guitarist Regino Sainz de la Maza and the granddaughter of the writer Concha Espina. Family and admirers will be able to say goodbye this Saturday to the actress whose remains will rest in the funeral home on the M-30, as reported by the AISGE entity.

After studying Dramatic Art in Madrid, he began his career in the theater participating in plays such as ‘Las Señoras Primero’, ‘Don Juan Tenorio’, ‘Tartufo’, ‘Mariana Pineda’ or ‘Cena para dos’.

He achieved great popularity after participating in the mythical ‘Estudio 1’ on TVE or in the dramatic space ‘Novela’, also broadcast on the public channel in the 1960s.

In television fiction, he was in the cast of ‘Room 508’, a series written and starring Adolfo Marsillach in 1966, and in ‘Juncal’ (1989), by Jaime de Armiñán and in which he shared the cast with Francisco Rabal, Rafael Álvarez ‘El Brujo’ or Emma Penella, among other performers. He also participated in other fictions such as ‘Hospital Central’ or ‘El Comisario’, on Telecinco.

On the big screen, Carmen de la Maza took part in films such as ‘Canción de Juventud’, starring Rocío Dúrcal, ‘Más tú del Jardín’, directed by Pedro Olea, whose story is based on the novel by Antonio Gala, or in ‘ The Birds of Baden-Baden’, by Mario Camus, among the most outstanding titles.