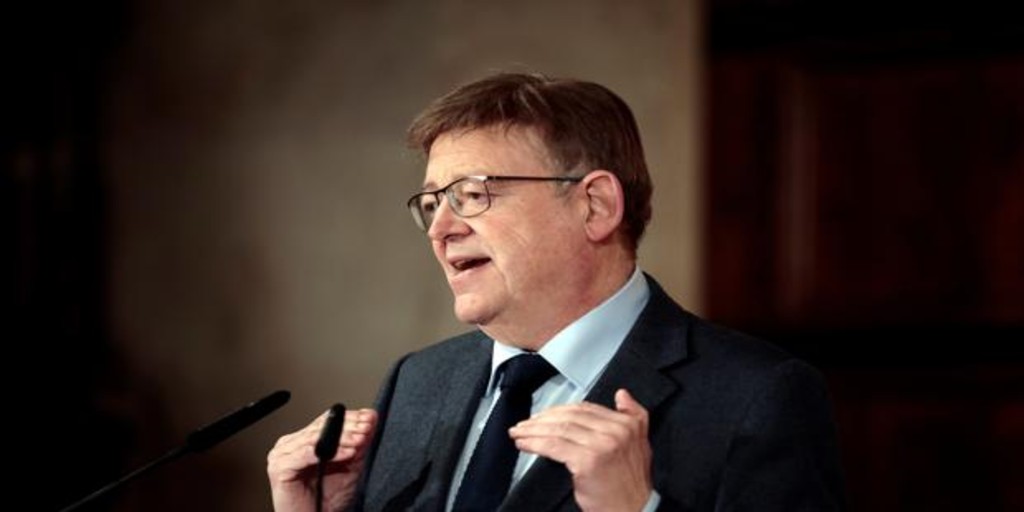 The President of the Valencian Generalitat, Ximo Puig, has accused this Friday the government of the Community of Madrid of Isabel Díaz Ayuso and the People’s Party of following an “amoral partisanship” by judicializing the distribution of European funds to four autonomies, including Valencia, something that has been blamed on the campaign for the elections in Castilla y León on February 13.

“A party with the will to govern does not act like that,” warned the also leader of the PSPV in statements to the media, and has stressed that the distribution carried out by the Government is “absolutely transparent and equitable.”

Thus it has rejected, after signing agreements with irrigators on european funds, Ayuso’s decision to file an appeal with the Supreme Court against the executive of Pedro Sanchez for the distribution of EU money in an “additional and arbitrary” way.

The popular are against the granting of nine million of these funds to Euskadi, Navarra, Extremadura and the own Valencian Community.

Puig has warned that the resource of Madrid is an example of the “irresponsible opposition” that sees as a serious problem that suffers Spain, in addition to denouncing that the PP has “hindered the success” of European funds for exiting the crisis.

On the contrary, he has defended that the Generalitat aspires to receive the funds that correspond to it in a “dignified and orderly” manner and for that it presents the corresponding projects. He gave as an example the europe money destined for irrigation in which Andalusia is the first beneficiary and the Community the second, while he recalled that Madrid was the one that benefited the most from the first tranche of the distribution as it was the one that suffered the most from the impact of the pandemic.

In his opinion, it is very outrageous that Madrid takes the funds to court when it benefits from the “capital effect” by concentrating the majority of State institutions, which he sees as a desire for “permanent confrontation” with the Government instead of defending the real interests of the population.

In a Valencian key, the president has reproached the opposition of the Valencian PP by joining the criticism, since its leader, Carlos Mazon, assured that both Ayuso and the Galician baron Alberto Núñez Feijóo “are defending their land.” “It is very unfortunate that they always side with the party and not with the Valencian Community,” he stressed.

For all this, he has urged the popular to leave this “pure partisanship of the shortest term impossible” and this “artificial controversy in the context of the electoral campaign of Castilla y León”, since he has criticized that they are in a permanent campaign and against the will of a cohesive country.

Asked for the support of Paul Married, to Ayuso’s decision -the leader of the PP went so far as to affirm that the distribution of European funds “can lead to corruption”-, Puig has remarked that “the problem is not his internal wars, but a party with the will to govern does not act like that». He has recalled that we are still in a pandemic and that the unity of the parties is needed to get out of the crisis.