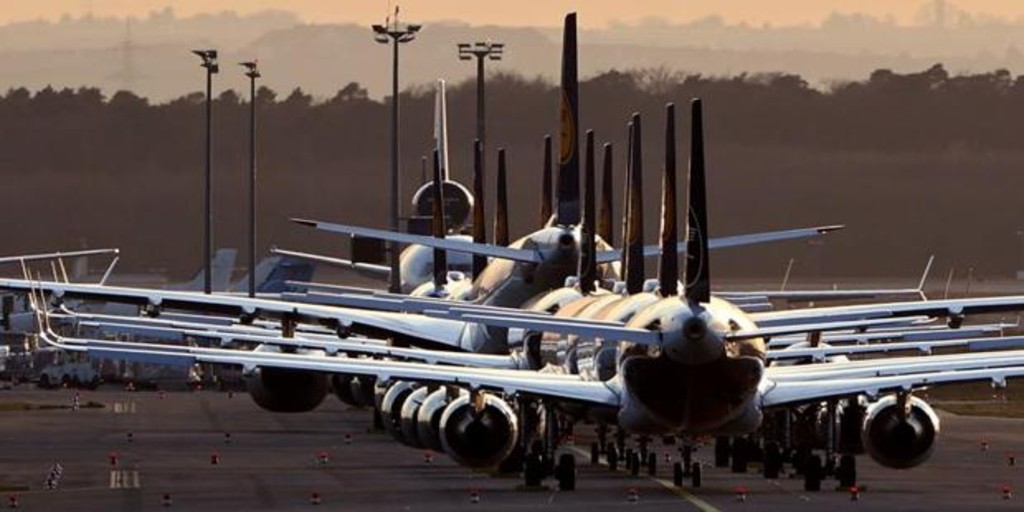 It was called the ‘shame of flying’ and was attributed to those who used the most polluting means of transport, the plane. But more than two years after the popularization of this climate campaign, the problem is not the passengers, but the lack of them. With the arrival of Omicron, thousands of almost empty planes are flying through the skies with one goal: to preserve airline schedules at airports, despite the environmental impact and inefficiency.

The voice of alarm was given by the German giant Lufthansa, which assured that it would have to make 18,000 “unnecessary” flights this winter to retain its landing strips at European airports. The Commission requires airlines to use at least the

50% of their time slots or return them to reassign them to other companies, thus guaranteeing fair competition. But if there are no passengers, some companies they prefer to continue operating the flights to give up their schedules. A rule that has already been softened by the pandemic, since before it was required to operate 80% of flights.

The voices for and against changing the rules of the game have been adding up since Lufthansa offered its data. “Ryanair has asked the Commission ignore the false claims of Lufthansa about operating ‘ghost flights’ for the sole purpose of ‘blocking’ their time slots,” the Irish company said in a statement, in which it also invited Lufthansa to lower the price of its tickets.

But the pressure is already there. Belgian Transport Minister George Gilkinet demanded changes to the system from Brussels. His arguments have hit the target in one of the great battles of the European Executive: the fight against climate change. According to the minister, the ‘ghost flights’ risk undermining the ambitious objectives emission reduction in the EU.

Calculating the greenhouse gases generated by these semi-empty flights is difficult to do. It depends on the route, the aircraft model, the load or the fuel used. And companies are not required to publish data. But the emissions would not be negligible. To put it in context, Lufthansa’s most common route in 2021 was Frankfurt-Berlin. This flight generates 4.8 tons of greenhouse gases. On international routes, its main route is Frankfurt-London Heathrow. Made in the A320neo, one of its main aircraft, the route would generate 5 tons of emissions, according to the Atmosfair calculator.

Greenpeace’s estimate goes further. They point out that only the ghost flights recognized by Lufthansa could emit about 360,000 tons of greenhouse gases, an amount that is equivalent to the annual emissions of 240,000 diesel or gasoline vehicles. “And other airlines do not report the number of ghost flights,” they point out.

The problem is not real, according to Brussels. “There is no need to keep empty flights in the air. The decision to operate empty flights is commercial» Transport spokesman Stefan De Keersmaercker said on Thursday. Still, they acknowledge that “empty flights are obviously bad.”

The aviation represents 2.5% of emissions global carbon dioxide. They have doubled since the mid-1980s, and the technological possibilities of reducing the gases that cause global warming in this sector are still very limited. “In the short term, it would be advisable for the Commission could you check that percentage, so that this season we can reduce non-passenger flights as much as possible, above all because of the environmental cost it has and also because of the inefficiency of the sector. It is an unnecessary and incoherent rigidity with the instruments to cut emissions that Europe is endowed with, ”says Pablo Muñoz, from Ecologists in Action.

The bump in passenger volume has not passed. Although November saw some recovery, according to Willie Walsh, director general of the International Air Transport Association (IATA), international ticket sales in December and early January have fallen drastically compared to 2019 after the emergence of Ómicron, “which suggests a more difficult first quarter than expected.”

«The problem of ghost flights It has been recurring since the pandemic began.», says Adrián Fernández, head of the Greenpeace mobility campaign, who locates the origin of the problem in a regulation that, in his words, is a bit wicked. “If demand drops, it forces behavior like this. It calls into question the climate commitment.

In the medium term, Muñoz is committed to a review of the regulations. “It is a regulation that tends to cause extra flights, when the trend should be for there to be less”. It would be, according to him, to refocus the system and eliminate the incentives for companies to operate semi-empty flights.

«There is a background, beyond who is right, that the climate and the environment are the losers. It demonstrates how cheap it is for the airline industry to pollute», says Fernandez.