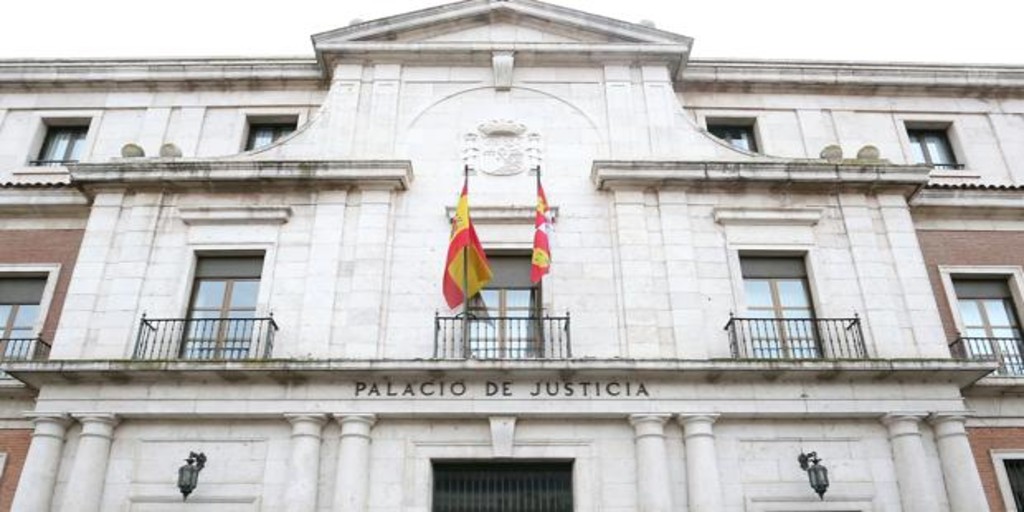 The accused of suffocating his girlfriend with a pillow in a Valladolid pension in February 2021 has reached an agreement with the public and private accusations to accept a sentence of ten years in prison as the author of a crime of homicide, which would put an end to a case that was initially about to be filed due to the belief that the death occurred naturally.

The case, in which the Clara Campoamor association is represented as a private accusation, it was scheduled to be held by popular jury procedure, although the agreement reached between the parties will ultimately prevent the trial from being held and will reduce it this coming Tuesday, January 18, to a brief hearing in the Second Criminal Section of the Valladolid Court where the accused will limit himself to ratifying the aforementioned pact, reports Europa Press.

Thus, in addition to the assumed ten years in prison, the author of the crime of the hostel in ‘La Vienesa’ will have to compensate a brother and a son of the deceased with 20,000 and 90,000 euros, respectively, according to what legal sources informed Europa Press.

It so happens that the confessed author of the woman’s death has numerous criminal records for crimes of robbery with force, gender abuse, robbery with violence and intimidation, violation of sentence or theft of vehicle use, most of they already cancelled. However, initially, the investigations pointed to possible natural causes since the victim had a medical history of bulimia, hypertension, anemia, epilepsy and alcoholism, which is why he was prescribed treatment with anxiolytics, antidepressants and antiepileptics.

argument in the hostel

The defendant resided since January 6, 2021 in the Valladolid municipal shelter, dependent on the Red Cross, located at Paseo de Extremadura number 9 in Valladolid, a center to which On the 11th of the same month, the victim, Priscila IRB, 42 years old, with whom he began a romantic relationship, without living together, attended.

Subsequently, On January 28, both left the shelter and stayed at the ‘La Vienesa’ Guesthouse., at number 1 Calle Montero Calvo, where they rented a room for a month after paying an advance of 250 euros, out of a total of 350, paid by the deceased.

It was on February 3, After buying a bottle of cava and fuet in a supermarket, the couple returned to their hostel room around 8:50 p.m. and, without being able to determine the cause, started an argument during which they struggled and at one point he suffocated Priscila with a pillow.

After that, the perpetrator of the crime left the victim in bed, covered her with a sheet and a blanket and placed the pillow over her head. He left the room around 12:20 a.m., locked the door from the outside and left the hostel carrying a large backpack in which he put the deceased’s mobile, whose card he changed hours later.

Seven minutes later he took out 320 euros from his account at an ATM in Plaza de Zorrilla and hours later, around 06:13 on February 4, He left Valladolid in the direction of Ávila to start an erratic journey of more than 1,700 kilometers the following day. through various towns in Castilla y León, Asturias and Vitoria, until on February 11 he returned to the Red Cross municipal shelter in the capital of Valladolid, although he spent the night abroad as there were no places available.

The body of his girlfriend was not found until February 21, whose discovery was not released by the media until two days later. Then, the author of the crime had resumed a previous sentimental relationship with another woman with whom he stayed on the 27th and 29th of that month and on March 1 in different hotels from the capital of Valladolid, Palencia and Ávila.

In his attempt not to be located by the police, since March 8 the defendant carried out different maneuvers consisting of changing the phone number associated with your whatsapp and selling your mobile phone.