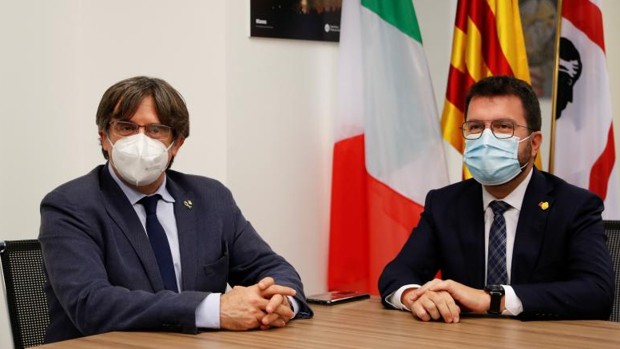 That is, to be “proclaimed” president of the Catalan Republic in exile.

Carles Puigdemont – this is how I will return to Catalonia, he tells himself – would have discovered Josep Tarradellas. But neither Carles Puigdemont is Josep Tarradellas, nor is the situation of 1977 the same as that of 2022. Carles Puigdemont is a fugitive from the Spanish democratic Justice and not all political parties want him to return to Catalonia. For the rest, it depends on the courts of the European Union (TGUE and CJEU), the Spanish Supreme Court and – the matter of immunity – the European Parliament. In any case, beyond the delusional Council for the Republic in exile -which could become the Council of the Republic in exile-, the purpose of Carles Puigdemont is none other than to embarrass an ERC that does not want to know anything of the ‘authentic president’ and that until now he has not achieved anything from the dialogue table. This is how Republicans are discredited for their own benefit. Item more: the resignation of Carles Puigdemont as president of Junts, will unleash a pitched battle for the succession that the real president will try to capitalize on by placing one of his faithful servants. Marrullería: cunning of bad intention.