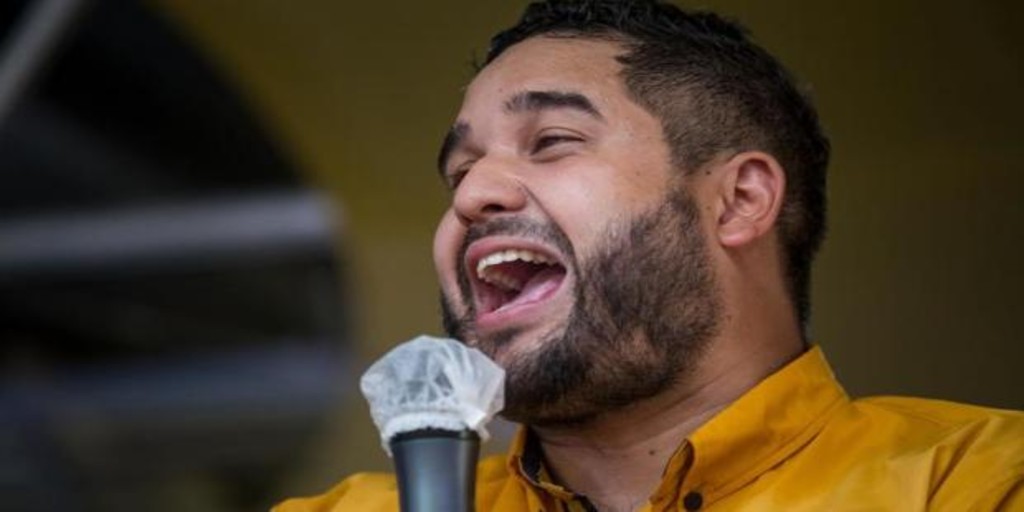 The latest news today, in the best headlines of the day that ABC makes available to its readers. All the news of Friday, January 14 with a complete summary that you cannot miss:

Nicolás Ernesto Maduro Guerra, alias’Nicolasito‘and son of the Chavista leader Nicolás Maduro, has taken legal action before the Spanish courts against the main promoter of the investigation by the International Criminal Court of crimes against humanity, the human rights lawyer Tamara Suju.

Roberto Batista dies, who lived under the stigma of being the son of the Cuban dictator

He passed away this Wednesday at the age of 74. Robert Batista Fernandez (New York, 1947), one of the nine children of the Cuban president and dictator Fulgencio Batista (1901-1973). Bobby, as he liked to be called, could not overcome the pancreatic cancer that was detected last September.

He himself announced with great temperance that he was suffering from the disease through a WhatsApp message. «I am in good spirits and I hope to be present at the Book Fair this Saturday. Hugs to all”. He did not miss that appointment, which he attended with his book of memoirs ‘Son of Batista’ (Ed. Verbum). In it, the author does an exercise in catharsis by confessing what it meant for him to be the son of the Cuban dictator. “Confusion and doubts marked my existence since we left Cuba,” he acknowledges in his memoirs. He was 11 years old when he hurriedly left the island just hours before Fidel Castro took power after overthrowing his father.

Russia threatens the US with deploying troops in Venezuela and Cuba

In the Kremlin they are openly irritated with the null results of the meetings with representatives of the United States and NATO, on Monday and Thursday in Geneva and Brussels. His spokesman, Dmitri Peskov, described this Thursday the balance of these contacts as “failed”. So the Russian deputy foreign minister, Sergei Ryabkov, who led the delegation in talks with the US, has been quick to warn that Moscow “does not rule out” deploying troops in Cuba Y Venezuela.

The staff at 10 Downing Street held two parties that lasted until the wee hours before the Funeral of Prince Philip, Duke of Edinburgh, on a day when the country was in mourning and the Queen of England, Elizabeth II, was forced to go alone to the funeral at Windsor Castle due to health measures against Covid-19.

Moscow has been infiltrating the American continent for years

The decision of Vladimir Putin in 2019 of sending soldiers and weapons to Venezuela in support of the Chavista regime consolidated Russia’s role as a partner of the main dictatorships in the American continent and a retaining wall for the United States’ attempts to facilitate regime change in them. In recent years, Russian nuclear-capable Tu-160 bombers have arrived in Caracas, and Moscow and the Chavista regime have signed agreements for Kremlin warships to use Venezuelan ports. In addition, the S300 long-range missile system that Hugo Chávez bought from Russia has been recalibrated and repaired.

The leader of the far-right group ‘Oath Keepers’, Stewart Rhodes, arrested for the assault on the Capitol

The founder and leader of the Oath Keepers, one of the main far-right groups in the United States, was arrested this Thursday, accused of “sedition” for his role in the assault on the Capitol on January 6, 2021. Stewart Rhodes, 56, was charged with “sedition” along with ten other Oath Keepers members.

Russian Defense Minister, Sergei Shoigu, informed the president this Thursday Vladimir Putin of the beginning of the definitive withdrawal of Kazakhstan of the troops of the Organization of the Collective Security Treaty (ODKB in its acronym in Russian), a bloc formed by Armenia, Belarus, Kazakhstan, Kyrgyzstan, Russia and Tajikistan. The contingent, whose number is estimated at more than 2,500 troops, began arriving in the Central Asian country on January 6 at the request of the Kazakh authorities with the aim of helping to stabilize the situation in the country, mired in an unprecedented mass revolt caused by the rise in liquefied gas prices. According to Shoigu, the withdrawal of the ODKB soldiers “will be completed on January 19.”