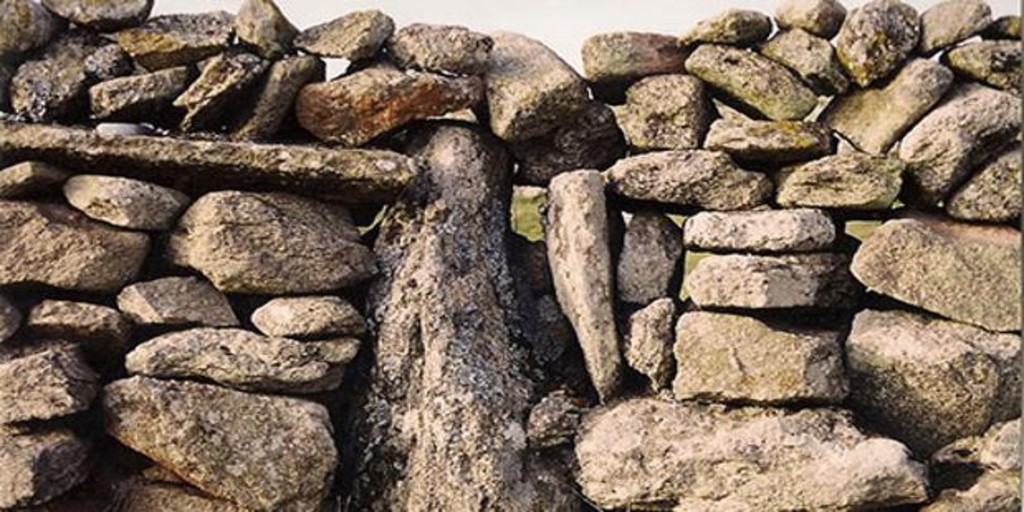 In Sayago, between holm oaks and the gorge that opens up the Duero, curtains are used to describe the land for livestock use surrounded by granite walls built by hand without mortar. Dry stone, World Heritage, popular architecture, memory, grazing, countryside. Its etymological origin, according to the archaeologist Hortensia Larrén, would come from the Latin (cohors-tis, enclosed or fenced enclosure), which in the Middle Ages would derive in ‘cohort’. A word that returns as a tragic wink of fate when male and female leaders – different acronyms, the same necklace – come, ask for the vote and leave. Pontificate in the cohort of sheep, this meek silence of the lambs that perpetuates them in office.

Distraction maneuvers on the blunder of Garzón, the minister

purple with an absolutist green flag, which does not distinguish extensive livestock farming from macro-farms and leaves us with our asses in the air. Vein of gold, the cornerstone of Mañueco’s campaign in a land that cries out for its medical offices, its deserted towns, the brutal rest of the livestock census or the dark back room of the Barcial biorefinery. As if the shepherds affected by the wolf and other nonsense proposed by the Government were not enough from that monstrosity of the Animal Welfare Law that will bring all sectors of the rural world to the streets or the unlikely and insane debate on menstrual pads and cups for differentiate between rich and poor women instead of solving the plight of women, men, young and old victims of depopulation, the exodus.

Blackout curtains in a time that demands transparency; curtains to safeguard livestock and hide battles that are fought in the courts of Salamanca or spread through the air from wind farms. Valladolid and Madrid, Castilla y León, sad Spain. Stone on stone, stick on stick.

The Magi were anticipated with a call for elections in the middle of the sixth wave, the Virgin was combing her hair between curtain and curtain. With this panorama, this talk of everything except the essential, so visible to the eyes, and less than a month before the polls, Cantora’s lesbian sofa and the Sálvame chatter are more interesting than the promises of the false prophets and their cohort while we bleed out without blood. Smoke screens, stone curtains; the face and the soul hard as granite.