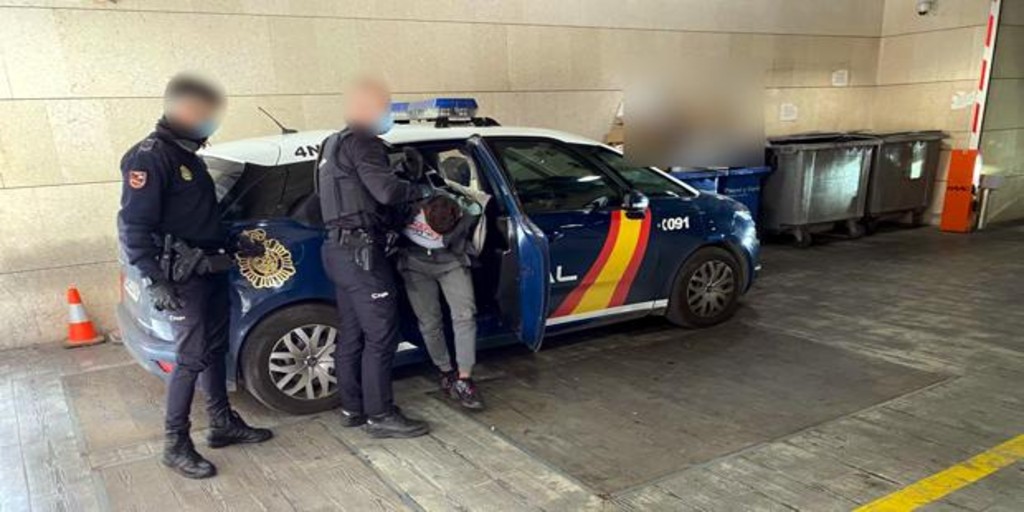 Arrested in Alicante for raping, hitting with a bat and robbing an 80-year-old woman at her home

Agents of the National Police they have arrested a man, as the alleged perpetrator of a robbery with violence in a home to a 80 year old woman of age who also sexually assaulted her after violently beating her.

The facts became known around 10:00 in the morning, when an elderly woman called the CIMACC-091 room stating with a gasping breath that a man had entered her home at dawn and had hit her repeatedly, reporting that she was found bleeding from various wounds caused by the assailant.

Quickly, the National Police activated the protocol for violent crimes to assist the victim at first, finding her breathing hard and bleeding from the head, wounds supposedly caused by the aggression of this individual, as reported to the patrol, requiring the intervention of the medical services to take her to a hospital.

The victim was surprised early morning at home by this individual, who would have entered the house to steal inside, taking advantage of grab her tightly by the neck strangling her and hitting her on the head until she is defenseless to attack her sexually and later steal your mobile phone, your wallet with documentation and various jewelry, finally fleeing the place.

At one of the established controls, a crew from the UPR-Motos Citizen Security Brigade that controlled one of the usual reception areas for stolen objects from the north of Alicante, observed an individual matching the physical characteristics of the alleged perpetrator, who, upon seeing the Police, jumped a wall to try to hide, which is why they identified, discovering that, among his belongings, he carried the wallet with the documentation of the assaulted woman, her mobile phone, and jewelry that was later found to be her property, being arrested for it at the same time.