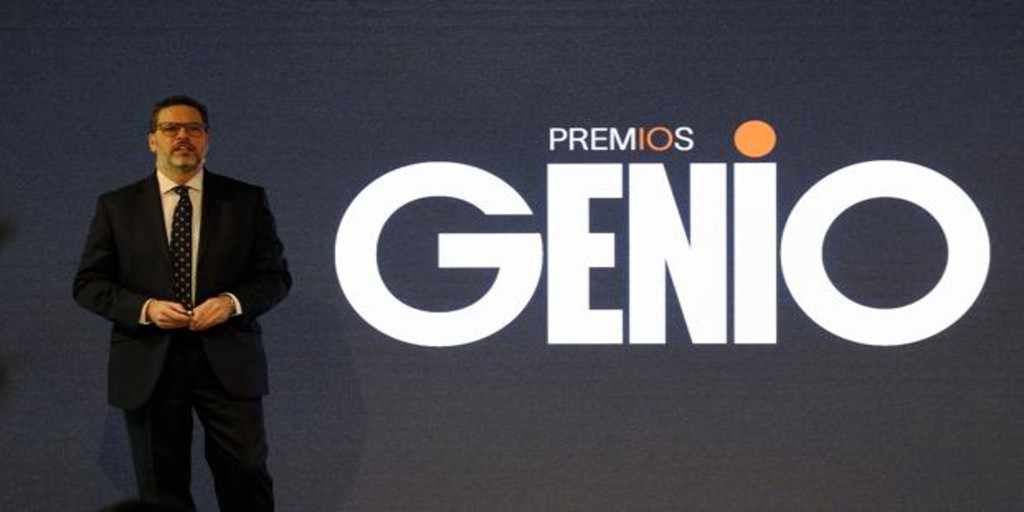 The quality of life and personal well-being, axis of the XV edition of the Genius Innovation Awards

The fifteenth edition of the Genius Awards has already set the timer to start. And they will be awards with a multitude of novelties, a “very special” edition in which the theme encompasses the congruence between what we are, what we think and what we have, within each circumstance that we live and with the resources at our disposal. That is, the quality of life and the future of the personal ecosystem as the guiding thread of the next Genio 2022 Awards, the benchmark communication innovation awards in the sector that cThey will be held in Bilbao between March 23 and 24.

It will be a year focused on wellness of people after going through a 2021 “of changes and where everything we took for granted has been modified” and in which society has begun to restore and create a new paradigm in which personal well-being has become the priority main, explained the CMVocento CEO, Rafael Martínez de Vega and SCOPEN’s Partner & Managing Director, Kika Samblás, during the presentation of the edition held at the Vocento headquarters in Madrid.

Also present was Jaime López-Francos, president of Dentsu Media, who stressed that it is a “pride” for dentsu to be, for yet another year, the main sponsor of these awards.

But they will be different Genius, revolutionary Genius. And it is that it coincides with the year in which the twentieth anniversary of the founding of the Vocento group is celebrated, so Bilbao is the place chosen to celebrate them as it is one of the fundamental poles, together with Madrid, at the beginning of the group. “It is part of the origin of the entire business culture,” said Martínez de Vega.

And for its 15th anniversary, the Genius Awards change their image. They will have a new identity and a more current, innovative and solid narrative but without losing the mission and values ​​of the awards. A brand whose visual image, ‘io’, creates an ecosystem between what the Genio awards are and what they create. They are inspiration, innovation, prestige and create connections, emotion and projection.

But it will not be the only novelty. With the aim of adapting the Awards to the reality of the industry, a reality in constant change and movement, this edition incorporates new categories and redefines some of the areas. Thus, the Genius Innovation Award is incorporated into PRINT, which represents the merger of the Print Media category and the paper formats of the former Outdoor Environment category. The new Digital Innovation Genius / Augmented Reality / Virtual Reality / Extended Reality / Metaverse Award represents the expansion of the Digital category to the new formats and ecosystems in which brands are developing their campaigns.

On the other hand, there will be a Genius Innovation Award in Service and Product Design where these two categories are unified into a single one and a new category is created as the Innovation Genius Award in Commerce and Customer Experience. All the awards will also be included in a new structure of evaluation areas. On the one hand ‘Innovation in marketing, communication and use of the media’ and on the other hand ‘Innovation in business development’.

As has been happening since they saw the light 15 years ago, the prizes will be awarded by a mixed jury. The composition of the Genio Innovation 2022 jury is as follows:

And as secretaries of the jury: Kika Samblás, Partner & Managing Director of SCOPEN and Rafael Martínez de Vega, CEO of CMVocento.

In total, the Genius Awards have a history of 2,813 pieces presented in these fourteen years. The registration period for candidatures for this edition remains open until February 10.

Both the Participation Bases and the Registration Forms can be downloaded at
www.premiosgenio.com