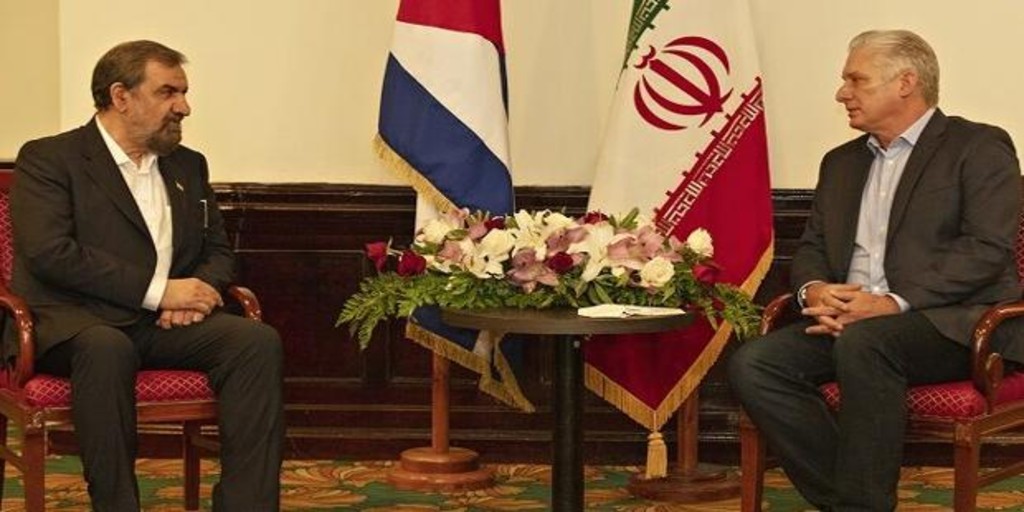 During the inauguration of Daniel Ortega and his wife, Vice President Rosario Murillo, the dictator Miguel Díaz-Canel held a meeting with Mohsén Rezaí, Vice President for Economic Affairs of the Islamic Republic of Iran, accused by the Argentine courts of being responsible for a 1994 terrorist attack against the Argentine Israelite Mutual Association (AMIA). The presence of Rezaí at the inauguration of the regime produced “energetic protests” in Argentina, whose Foreign Ministry condemned the presence of the “terrorist.”

The President of #Cuba 🇨🇺 @DiazCanelB, held today, in the context of the presidential inauguration in Nicaragua, a cordial meeting with the vice president for economic affairs of the Islamic Republic of #Iran 🇮🇷, Mohsen Rezaei. pic.twitter.com/ty3qbdAesA

The Cuban Ministry of Foreign Affairs said in a statement that both leaders “reviewed the positive state of political relations between the two countries and spoke out for further development and deepening of economic, commercial and cooperation ties, especially in areas such as health and the medical-pharmaceutical industry ”.

Díaz-Canel was one of the three leaders who arrived in Managua for the start of another presidential term for Ortega, who is going through one of his lowest moments after having been proclaimed the winner in elections without competition. The other figures were Nicolás Maduro, dictator of Venezuela; Y Juan Orlando Hernandez, outgoing president of Honduras accused of drug trafficking by the United States justice.

An affront to justice

Rezaí participated in the meeting where the attack against the AMIA, which occurred in Buenos Aires, was planned. The terrorist act left 80 people dead and more than 300 wounded, considered one of the bloodiest acts of violence to have occurred in the capital since the bombing of the Plaza de Mayo in 1955. Rezaí’s presence in Managua prompted the statement of condemnation. announced by the Argentine Foreign Ministry. Argentina pointed out that Rezaí’s presence “constitutes an affront to justice and to the victims of the brutal terrorist attack.”

According to the newspaper ‘Clarín’, “Rezaí was Commander of the Corps of the Guardians of the Revolution-Pasdaran between 1993 and 1994. In the legal case for the attack on the Jewish mutual insurance company that on July 18, 1994 cost 85 people their lives, he is accused, along with today Iranian Interior Minister Ahmad Vahidi, to be part of the select group of ‘intelligence that submitted to evaluation the proposal to attack our country’ in 1993 ».

Despite these accusations, Rezaí was one of the special guests at the inauguration of the Ortega regime. He was seated on the main stage with dictators Maduro and Díaz-Canel, and representatives of delegations from Russia and the People’s Republic of China. The investiture ceremony was reduced to the accompaniment of fugitives from justice, like the two former presidents from El Salvador Mauricio Fúnes and Salvador Sánchez Cerén, fugitives from justice in their countries. No representative from the European Union attended, and neither did the United States. Instead, Vice President Murillo invited more than 300 left-wing activists who support the Sandinista regime.

During the event, Ortega assured that this new period would be “Clean slate”, referring to the economic performance that the country had before the protests of April 2018, the largest that have taken place in Nicaragua in its recent history. With this, the president gave a wink of iunity to all crimes that were committed during the demonstrations.