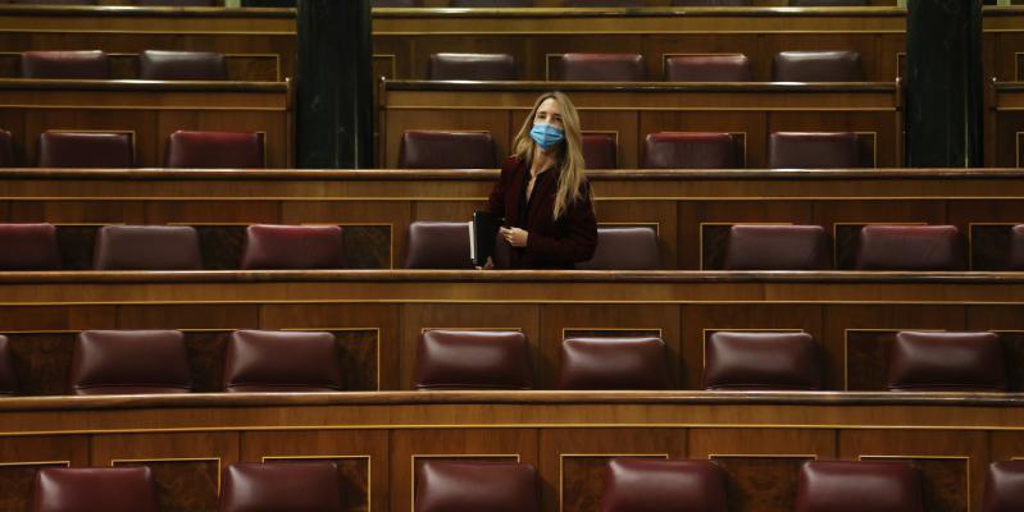 Voting for free in Parliament has a price

Breaking the voting discipline has gone to Cayetana Alvarez de Toledo for 500 euros. In that same vote, that of November 11 to ratify the agreement of the PSOE and the PP that unlocked the renewal of the constitutional Court, the socialist Odón Elorza Nor did he obey the mandate of his parliamentary group, which opened an information file for him, with a possible fine of 600 euros. Act on your own in the Congress of Deputies it has a cost, as long as one wants to be part of a parliamentary group. This has and imposes its rules, based on a rigid discipline to function as a small army without dissidents, where there is only room for discrepancy in internal organs and

behind closed doors. And as long as it ends up complying with what is dictated by the generalate, that is, the leadership of the group, which in turn is guided by the orders of the national leadership of the party. Whoever moves from that frame, as he said Alfonso Guerra As early as the 1980s, it won’t be in the photo.

Those are the norms assumed by everyone in Congress. Or almost everyone, because there are always those who rebel. In the newspaper library there are cases that made the news, such as that of Celia villalobos, for his dissenting votes with his party on abortion or same-sex marriage, or that of Federico Trillo, when he opposed reforming the divorce law in 2005, also against his group, which ordered abstention. The most recent in the PP is that of Álvarez de Toledo, immersed in a fight with the PP to defend her freedom and autonomy as a deputy. The author of ‘Politically undesirable’ appealed the sanction of 500 euros, for ‘serious misconduct’, imposed on her by the leadership of the Popular Group on Three Kings Day at night. He argued that this fine is unconstitutional, for contravening what is established in the Constitution in two articles, 67.2 (“the members of the Cortes Generales shall not be bound by imperative mandate”) and 79.3 (the vote of the deputies and senators “is personal and cannot be delegated ‘).

Álvarez de Toledo also denounced that the sanction is based on statutes that “have never been published”, and that provide for a prior plenary meeting of the parliamentary group to debate and define its position, in this case on the renewal of the Constitutional Court. that did not occur. The export spokesperson considered that far from advancing towards depoliticization of Justice, as the PP clearly defends, the agreement that was brought to the plenary session had an impact on the opposite. And that is why he voted blank, “in conscience”, and not in favor, like the rest of his fellow ranks. Álvarez de Toledo’s file is one of the thirty that the PP has opened this legislature, almost all motivated by absences without prior justification: “In 99.9 percent of the votes there are no problems,” they assure in the controls of the PP. At least the errors when pressing the voting button are not grounds for the record.

The leadership of the Popular Group defends the current rules with a small mouth: “This is how things work.” But if the conversation goes on for more than half a minute, it is easy for anyone to recognize that it takes at least one urgent reform of a regulation, whose original text dates from 1982, although it has been partially and occasionally reformed fourteen times, without touching its main lines. This modification is one of the urgent tasks of the Spanish Parliament, among other reasons to stimulate the parliamentary debate and give the deputy more autonomy in the face of the ‘dictatorship’ of the parliamentary groups.

In the PSOE, one of the promoters of this reform is the deputy Odón Elorza, but his proposals for the moment are kept in a drawer, waiting for a more dialogical context in national politics to arrive one day. Elorza also broke the discipline of his group when the renewal of the TC was voted, by refusing to support one of the candidates proposed by the PP, Enrique Arnaldo. Elorza did previously communicate to the leadership of her parliamentary group that she would not endorse that name and apologized to the rest of her colleagues for the uncomfortable situation it could create. Even so, the corresponding file was opened.

The PSOE deputy for Guipúzcoa and former mayor of San Sebastián has a prolific record of voting that does not follow the line set by his group throughout his nine years in Congress. The first file was opened to him in 2013, when he voted in favor of an IU initiative to reform the surveys. In 2014, he was the only socialist deputy who abstained, “out of conscience”, in the law of the abdication of Don Juan Carlos. In 2016, he was one of the 15 deputies of the Socialist Group who voted against the investiture of Rajoy. In the latter case, in addition to the sanction, there was another type of retaliation: “I suffered a degradation and responsibilities were withdrawn.”

It might seem that Elorza acts like a wayward deputy, but the deputy has participated “in thousands of votes,” as he explains to ABC, and his dissenting votes are counted, “always out of conscience or due to breach of an electoral commitment.” He believes that voting discipline is necessary for a political group to function, but deputies should be given more autonomy, especially in a vote of conscience, something already provided for in the statutes but in a very imprecise way, “There has to be a balance between acting like a battalion and riot.

Some will think that the obedience demanded by the party leaderships is something of the old politics. Error. The ‘new’, who are no longer so, arrived with the same burden. Know it well Fran Carrillo: «They call me the Cayetana de Ciudadanos, because I am free ». The case of the Andalusian regional deputy and former senator is not one of voting indiscipline, but of political reprisals for distancing himself from the current giants of his party and having his own voice on how to understand what an internal democratic and liberal functioning should be. Carrillo was forced to resign from his act as senator due to demands from the Citizens’ leadership, after the replacement in the national executive. According to the complaint, he has been removed from any responsibility and has assumed that he will not be on the next electoral lists of his party in Andalusia. He defends a reform of the electoral law, so that there is a closer relationship between the elector and his represented. “If being loose verse is criticizing evil and evil behaviors that are related to old politics, then yes, I am.”

All the deputies agree that a thorough reform of the Regulations of Congress and the electoral law It would be positive to give more autonomy to the deputies, but the consensus to open those melons is far from being produced. Meanwhile, the leaderships of the parties and parliamentary groups are protected by the law and the Constitutional Court in its operation.

The Constitution it protects the deputy, but it also highlights the importance and protagonism of the parties in political life, as a “fundamental instrument for political participation” (Article 6). At the same point, he stresses that “its internal structure and operation must be democratic.”

In the electoral regulations, they are the matches those who select and present the candidates, finance the campaigns, monitor the cleanliness of the process and decide the order in the lists, something key in our system. In addition, they present themselves with a program to the voters. All this in an electoral system of closed and blocked lists, in the case of Congress, which does not allow talking about votes received directly by a deputy. The Constitutional Court has endorsed the autonomy of the deputy in the face of the imperative mandate, but has also highlighted the prominence and relevance of the parties, while the Congress regulations continue to give precedence to the groups. Constitutional theory is unbalanced in practice and everyone knows it, but to remedy it would require a broad agreement that, for now, seems impossible.