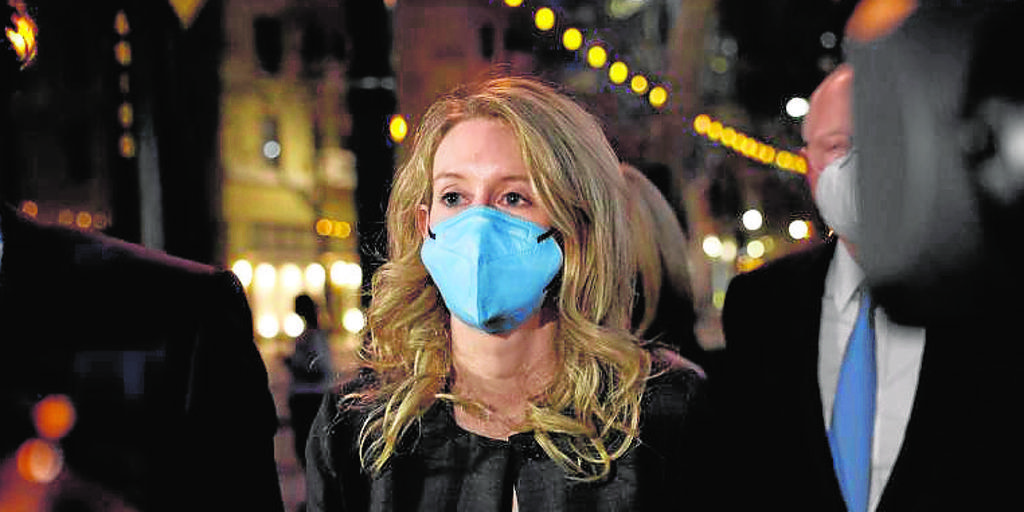 The Unicorn and the Young Girl Scam

Virtually every generation has its scam: Enron, WorldCom, Madoff, they are some big scam names of the 21st century. But few have the characteristics of Theranos, the biotech company he founded in 2003 Elizabeth Holmes, a young woman of just 19 years old who abandoned her studies in Chemistry at Stanford University to create a company that would revolutionize clinical analysis from a single drop of blood. Holmes had it all, she was a university student, smart, she communicated well even in Mandarin Chinese that she had learned in her childhood, she had a great speech – she promised to “democratize” medicine and hand over power to patients – she surrounded herself with veteran politicians (George Shultz Y Henry Kissinger) to those who

appointed advisers and had an official patent to manufacture a medical device for analytical monitoring and drug delivery.

In 2013, the American pharmaceutical giant Walgreens signed an agreement to install Theranos Wellness Centers in dozens of their stores. Chain Safeway invested 350 million dollars to install clinics in its supermarkets. Theranos thus acquired a capillarity that allowed it to directly access the public. In September 2014, Holmes, then single in her 30s, became the first woman whose fortune exceeded a billion dollars by herself and the youngest to make the Forbes list (110th) of the richest people in the world. USA In 2014, his startup had raised $ 900 million in investor contributions and was valued at ten times that.

All the aspects that surrounded the history of Holmes were so perfectly coupled to what Silicon Valley wanted (it was even compared to Steve Jobs), that his myth seemed indestructible. It was a perfect script: Holmes was a woman, one of three who ran one of the 142 unicorns – tech companies valued at more than a billion dollars – and she seemed to know what she was talking about. But, in 2015, Eleftherios P. Diamandis, from Mount Sinai Hospital in Toronto, published an academic article in which he questioned the feasibility of the analyzes. Diamandis drew attention to the fact that one of Theranos’s main claims, that a few drops of blood obtained with a finger stick could produce a biochemical profile with 30 markers, was true. The absence of a venipuncture for a blood draw was one of Theranos’s advances. And, as always, there was a good story behind it: according to Holmes, his childhood panic of syringes had led him to develop this technique.

Although Diamandis published his warning in scientific journals, it was not until John Carreyrou began to publish his articles in ‘The Wall Street Journal’ denouncing Theranos that the hoax was exposed. The drop of blood was key. Carreyrou published that Theranos had had to abandon his inventions, specifically an analysis machine baptized as Edison honoring America’s most famous inventor (plus marketing) and performing blood tests with other people’s technology. As the drops of blood were insufficient, they had been clumsily diluted in water to enlarge the sample.

Holmes stirred and used his power against Carreyrou. He thought he was playing with an advantage because Rupert Murdoch, the owner of the newspaper, was a shareholder in Theranos. But the story was already rolling and the newspaper supported the journalist.

The scam had a huge impact on the biochemical business. Just imagine what it would have been like to have Theranos doing PCR in the middle of the pandemic. Diamandis’ complaints were based on the suspicious fact that Theranos refused to submit his revolutionary techniques to peer review.. The excuse was that the advances could be taken advantage of by the competition. Some experts even classified as ‘stealth research’ what Theranos did. However, the case has ended up establishing that, at least in biomedical matters and unlike industrial patents, competition law favors greater transparency, although this may undermine the rights of the discoverer or inventor.

Had Holmes agreed to peer review, problems with his technology might have been caught before he scammed investors. Probably her company would have failed, but she would have escaped committing a crime. Science’s ability to correct itself was overridden by obscurantism.

It so happens that the main venture capital funds specialized in the medical sector never entered the Theranos financing rounds. Yes, characters who identify with cutting-edge technology did, such as Larry Ellison, the founder of Oracle, or venture capital firms that were not specialists in the area. Holmes was found guilty of four of the eleven crimes against which she was charged. All four have to do with how he inflated the company’s reputation and used potential partners to do so. The popular jury did not understand the danger to public health posed by the Theranos scam and dismissed the other accusations. “This is probably the most important story in laboratory medicine and it ended in disaster,” says Diamandis. “The question is: How do you prevent it from happening again?”

The guilty verdict against Elizabeth Holmes is limited to four of the eleven charges brought against her. These crimes could lead to a sentence of 20 years in prison, on which a judge has yet to rule. However, four other accusations, related to fraud to the public, were rejected and this eases her from a higher sentence. The jury was unable to agree on three other crimes.