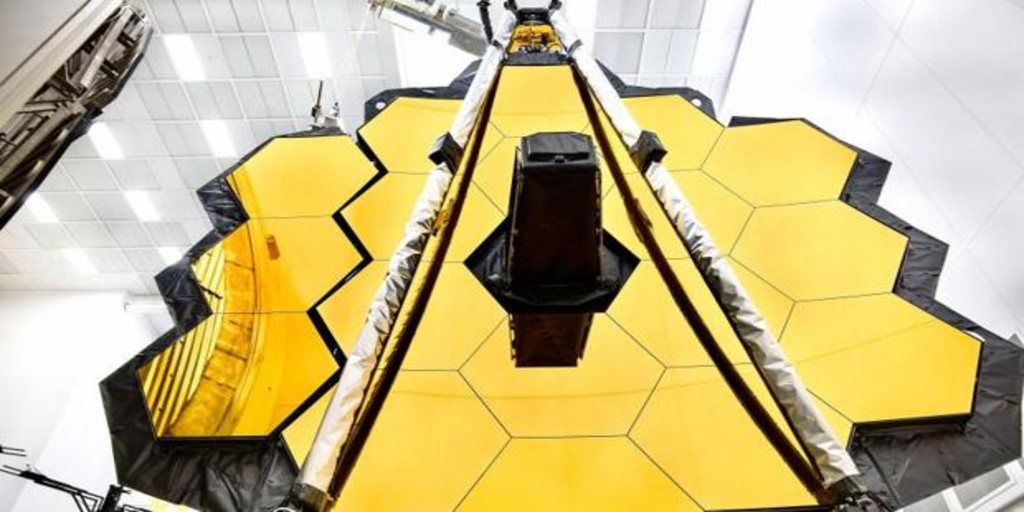 The James Webb telescope is now fully deployed in space

The Space Telescope James Webb It successfully completed yesterday, January 8, the last stage of its unfolding, unfolding its last main mirror and getting ready to begin to study – in about five and a half months – each phase of the history of the cosmos. The first of its two wings was deployed on Friday and the second on Saturday morning., as planned, as announced by NASA.

Engineering teams were celebrating at the Space Telescope Science Institute in Baltimore, Maryland, as the space agency announced on Twitter that the final wing was ready. “The final wing is now deployed,” NASA wrote on the social network, although it made it clear that it is still pending to finish securing the telescope.

“I’m very excited about this, a wonderful milestone,” said Thomas Zurbuchen, a NASA engineer during a live video feed. Because the telescope was too large to fit the nose cone of a rocket in its operational lift-off configuration, it was carried folded like an origami.

Mirror, mirror…is deployed. @NASAWebb has taken on its final form. For the next ~6 months, the space telescope will cool down, calibrate its instruments, and prepare to #UnfoldTheUniverse.

What cosmic mysteries will it unveil? Stay tuned: https://t.co/cnYZzdHUltpic.twitter.com/ykhfJeJpk5

The deployment, completed yesterday, has been a complex and challenging task, the most overwhelming project ever attempted, according to NASA. “We still have work to do,” NASA said in its live updates. “When the final latch is secure, NASA Webb will be fully deployed in space,” he said.

Webb, the most powerful space telescope ever built and the successor to Hubble, took off in an Ariane 5 rocket from French Guiana on December 25 and is heading to its orbital point, 1.5 million kilometers from Earth. Even if it will reach its destination, known as the second Lagrange point, in a matter of weeks, you still have another five and a half months of setups to go.

The next steps They include aligning the telescope’s optics and calibrating your science instruments. Its infrared technology allows it to see the first stars and galaxies that formed 13.5 billion years ago, giving astronomers a new perspective on the earliest epoch of the Universe.

Earlier this week, the telescope unfolded its five-layer sunscreen, a 21-meter-long comet-shaped device that acts like an umbrella, which ensures that Webb’s instruments are kept in the shade so they can detect. faint infrared signals from the far reaches of the universe. This shield will be permanently positioned between the telescope and the Sun, the Earth and the Moon, with the side exposed to the Sun built to withstand temperatures of 110ºC.

The visible and ultraviolet light emitted by the first luminous objects has been diffused by the expansion of the universe and today comes in the form of infrared, which the Webb can detect with unprecedented clarity. Its mission also includes studying distant planets to determine their origin, evolution and habitability.

NASA’s blog about the telescope reported Saturday that the procedure was’the last of the major deployments of the observatory»:« Its success will allow us to carry out the next five and a half months of tasks, which consist of establishing a stable operating temperature, aligning the mirrors and calibrating the scientific instruments ».