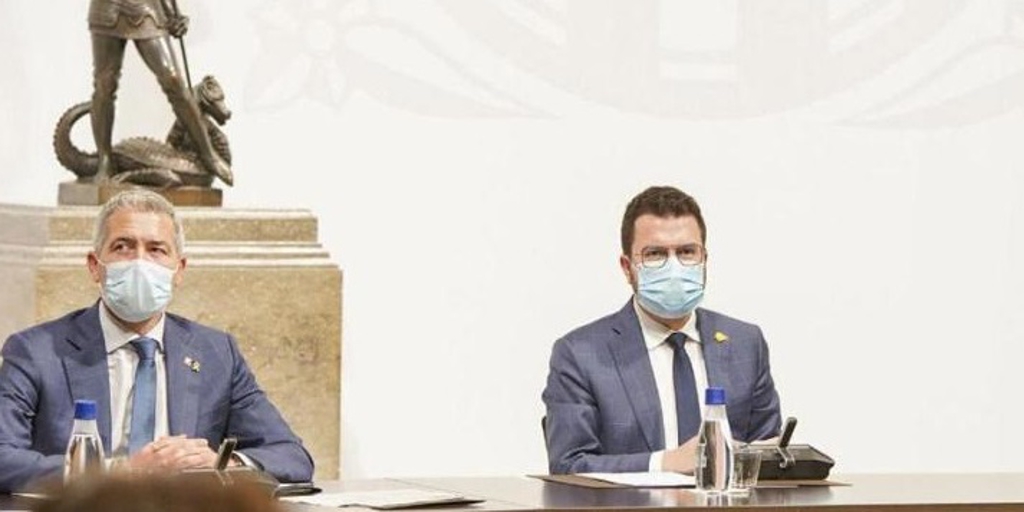 These Christmas dates I have read several articles about the anniversaries that truffle a 2022 that optimism – this chronicler included – wants to see as the terminal figure of the pandemic. Andreu Jaume anticipates from ‘The Objective’ an inventory of luxury ephemeris. As the publisher documents, the 1920s, like the 1930s, was fateful socially and fertile in literary terms. 1922 is the year of Joyce’s ‘Ulysses’, the death of Proust culminating the Recherche, the first published short story by Franz Kafka (‘An Artist of Hunger’), Rilke’s ‘Duino Elegies’, ‘Jacob’s Room’ by Virginia Woolf … Without forgetting the anniversary of the birth of Gabriel Ferrater and the fiftieth anniversary of his death. The CLAC (Free Center.

Art and Culture) dedicates a series of conferences to him starting this Tuesday 10: ‘Gabriel Ferrater. The excess of intelligence ‘.

Ferrater embodies the freedom of thought that exceptional training provides. To the collections of poems collected in ‘Les dones i els dies’ (1968), republished in 2002 by Seix Barral (‘Women and days’ with a prologue by Arthur Terry) let us add the literary reports of ‘News of books’ (Peninsula) and the rescue by Jordi Cornudella from the ‘Contemporary Catalan literature courses’ (Empúries) that Ferrater taught at the University of Barcelona between 1965 and 1967. Catalanism, he warned, was the enemy of Catalan culture: «In our literature, there has been an inflation of mediocrities and a deflation of true excellence. For the simple fact of writing in Catalan, writers have obtained an estimation bonus ». The leaden school readings attest to this.

The commemoration will be biased if it is carried out by politicians like the ones we suffer from: wait for the centenary of Joan Fuster to unfold, apostle of the «països catalans» and icon of the oxymoron called the nationalist left and you will see what simplification in the service of propaganda consists of.

Summoning past times does not suppose to divinize the Manrique verse of «any time passed was better». The commemoration is also a good pretext for the examination of conscience and the verification of Swift’s assertion according to which nothing is better or worse except by comparison.

I therefore subscribe to Jaume’s observation on the decline of the humanities: «The civilization of logos seems to be disappearing or transforming into something that we cannot but call, for the moment, postculture, based on the mass spectacle, on the extinction of the sense of transcendence and on a depressing simplification of all questions.

Of the three components of this postculture, the first two emerged a century ago. The twenties opened the doors to totalitarianism (Leninism and Stalinism in the USSR / Italian fascism / Hitler’s putsch and the writing of ‘Mein Kampf’), they badly gave birth to the mass man that Ortega dissected in the articles of El Sol that made up ‘The rebellion of the masses’ in 1930; the same year as Freud’s ‘The malaise in culture’: man is a god sustained by the orthopedics of technique, diagnoses the father of psychoanalysis.

The third component, “the depressing simplification of issues”, gave wings to totalitarianisms and constitutes the dry extract of violence. The separatist Catalonia illustrates, ad nauseam, the toxicity of simplification that leads to social fracture.

Thinking from complexity requires too much effort from this infantilized society that only swallows tales of good and bad. As Simone Weil observed in the Barcelona of 36, ignorance of the meaning of each word and its reiteration in capital letters from politics turns them into empty shells. When the masses do not confirm what the word seemed to designate, as the populist sorcerer’s apprentices led them to believe, violent frustration ensues.

On the contrary, the French philosopher points out, if we define a concept and rescue its etymology – hence the importance of Latin and Greek in education – “it cannot serve as a flag”, nor be instrumentalized as a slogan. Unfortunately, when the nuances are lost, “our political universe is populated with myths and monsters; We only find entities, absolutes … Our so-called technical age, Weil concludes in a quixotic allegory, “only knows how to fight against windmills.”

We alluded to the commemorations of literature, but we will conclude this chronicle with anniversaries of rock history. David Bowie left on January 10, 2016 and 2022 will mark half a century of a masterpiece with a Brechtian title: ‘The rise and fall of Ziggy Stardust and the Spiders from Mars’.

I write and listen to those unfading songs. Bowie was so cool that that year he also had time to produce Lou Reed’s ‘Transformer’ (‘Walk on the wild side’!). 1972, the year of ‘The Godfather’… Let’s not continue! Comparisons to the mediocre present are, more than ever, hateful.

The drums of ‘Five years’ resounds: the countdown in our decadence.