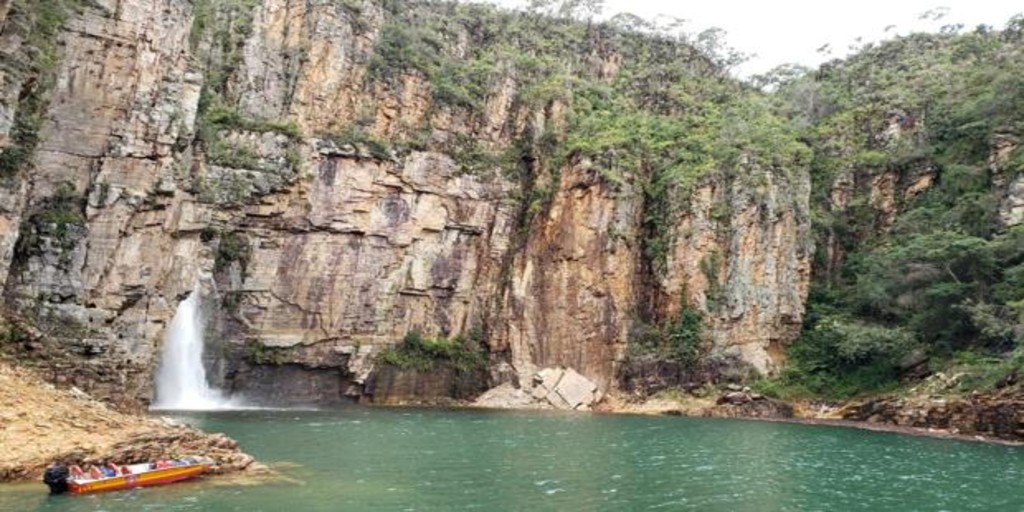 At least seven people died, more than thirty were injured and three were still missing in Brazil this Saturday, after the collapse of a cliff on several tourist boats in a lake in the interior of Minas Gerais (southeast), firefighters reported.

The last official balance is «seven dead and three missing“Said the spokesman for the Minas Gerais firefighters, Pedro Aihara, on Saturday night.

Initially the firefighters had reported 20 missing, but “that number dropped substantially because a good part of the victims who were without contact were people who traveled by their own means to hospitals,” explained Aihara in a voice message sent to journalists from Capitolio , the municipality of Minas Gerais where the tragedy occurred.

accident in Minas Gerais, Brazil when a huge rock wall fell off on a lake where several boats were walking. pic.twitter.com/s3DvMeFlHM

At noon on Saturday, a large rock fragment detached from a ravine and fell, perpendicular, on top of four boats that were cruising along Furnas Lake, a tourist region of Minas Gerais.

In dramatic videos shared on social networks, you can see the exact moment when the massif detaches itself and falls on the boats, to the panic of those who witness the scene from the other boats.

Another of the records shows the minute before the collapse, in which several people warn that «Many stones are falling» and they yell at the occupants of the other boats to get away from the wall.

The dead and missing traveled in the boat that suffered the greatest impact under the rock, explained Aihara

“All the people who were in the other three boats that we have registered have already been rescued”he added.

President Jair Bolsonaro shared some of the videos on his networks and reported that “as soon as the unfortunate disaster occurred,” the Brazilian Navy went to the scene to rescue victims and investigate what happened.

At least 32 people were injured, nine of which had to be hospitalized, according to firefighters, who mobilized various rescue teams, including a brigade of divers.

Divers stopped the search overnight for safety reasons, but other rescuers continued to work at the site, the corporation reported.

The causes of the collapse are still being investigated, but the heavy rains that have fallen in recent days in southeastern Brazil favored the landslide, according to firefighters.

In Minas Gerais, firefighters responded to a hundred calls related to the rains in the last 24 hours, without fatalities so far.

The Capitolio region, 300 km from the capital Belo Horizonte, attracts many Brazilian tourists with its rock walls and waterfalls that surround the green waters of Lake Furnas, formed by the hydroelectric dam with the same name.

The National Civil Defense recommended that local authorities suspend tourist tours in the area “to avoid exposing people to new risks” and urged tourists to avoid this type of activity in regions affected by storms.

Since November, a series of storms and much higher-than-normal rainfall have caused severe flooding in the northeastern state of Bahia, leaving 25 dead and tens of thousands displaced.