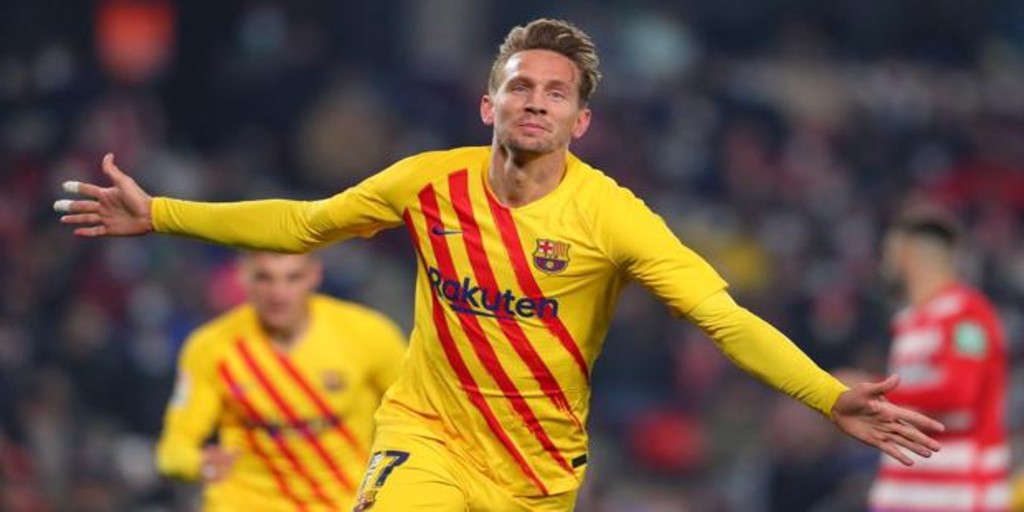 Barcelona stumble against Granada. Painful because of the way it has come about. The Barça team, which went ahead on the scoreboard, was tied in the last minute. He played the last minutes with one less footballer for the expulsion of Gavi but Xavi did not want to use it as an excuse. Sergio Busquets analyzed the game for the televisions that have the rights. The midfielder pointed out the defects that Barcelona presented and that cost him two points. «In the second half, with the goal, we should have had more the ball and carry it from side to side. Wait and have chances but they forced us to attack fast. We didn’t have to finish the plays so fast. Then it was quite complicated for us with the expulsion of Gavi, it was difficult for us to have the ball.

It was a shame, “explained the Catalan, who insisted:” We would have had to be more patient. They also wanted that, for the game to go back and forth, until the expulsion came. They escape us two very important points. We were making merits to win the game. It already happened to us in the Celta field and in the Osasuna field. We have to know how to play more ».

Busquets praised the work of Luuk de Jong, a player who is with one foot off the team in this winter market. “I don’t know what will happen but while he’s here, Luuk is a very profitable player. It has very usable characteristics, “he explained. And he valued the next game, against him Real Madrid in the Spanish Super Cup: «We must grow little by little. We are competing better, making a more solid football. We need to add three at a time in the League. Now comes a new competition. It’s a classic, a very difficult match, but if we do it well, we will have our chances ».

The Barcelona scorer, Luke de Jong, who had a goal annulled, scored another and performed an acrobatic spur shot, he was upset by the final result: «We should have been smarter, especially in the goal that we conceded, a play in which we had to be more attentive ». The forward added that “football is many details” and regretted the lack of forcefulness. In this sense, he also regretted “the red card that Gavi has seen and that has conditioned the game at the end.”

Xavi Hernandez he was quite upset by the result. Especially for having received the tie in the final minutes of the match and did not shirk responsibilities. «It is a pity but they are our mistakes. It is the lack of experience. Expulsion hurts us a lot. They are our mistakes. The ball should be protected. I do not see merit of the rival but demerit I show. We have lost two points that were vital to us. The Granada was already melted. We had the ball, we dominated the game and it ends up escaping, “he lamented. Xavi did not even want to take refuge in the delivery of his footballers: «It is the minimum required. We cannot leave happy in any of the ways because two fantastic points escape us ».

The technician made an in-depth analysis: «We lacked depth and look, we worked on it a lot … We lacked in the first part. Then we made the goal but the movie is the same as in Pamplona before Osasuna. We lose dumb balls. One day we may be unlucky but it is not the first time that happens and we have to generate more things. It is a game to score the second goal and sentence. We have to grow from now on. we are upset. The expulsion reduces us a lot, it marks the future of the party but they are our mistakes. We have a lot of young players and they are inexperienced. It costs us”.