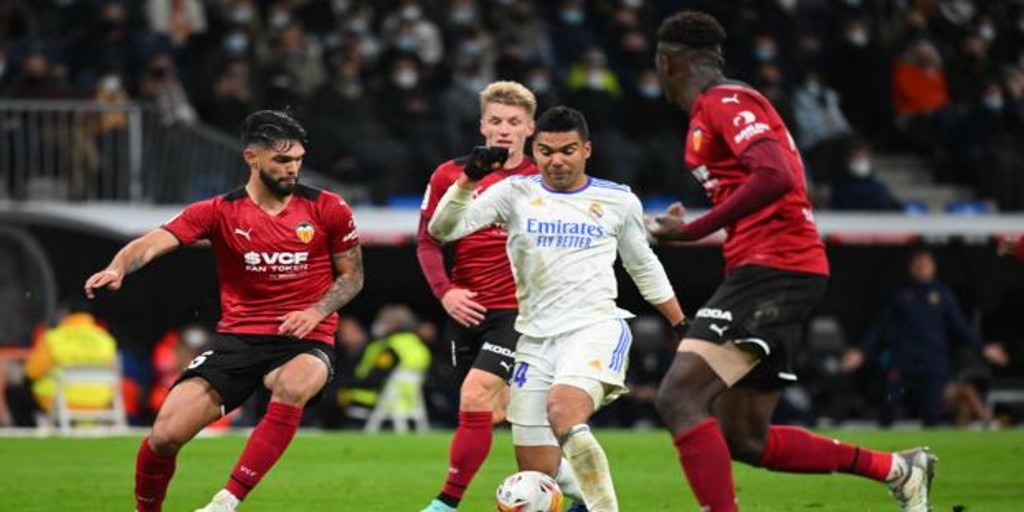 Valencia explodes on Twitter after a penalty to Casemiro

After the penalty scored by Benzema that meant 1-0 for Real Madrid against Valencia (minute 43), the Twitter account of the team that issued a strong message: «The robbery in Madrid it starts to be something repetitive, ”one could read, accompanied by the text of a mention to the account of La Casa de Papel, the popular Spanish series about a gang of robbers. In addition, the central Barcelona Gerard Piqué He responded to the Valencianists with the following phrase: “Don’t say it too loud that they are going to sanction you.”

Do not say it too loud that they are going to sanction you. 🤫 https://t.co/OrfQ75IUL2

On the brink of halftime, Casemiro entered the area and received a contact from the Valencian central defender Omar Aldarete. The blow, not very virulent, was enough for the referee Hernández Hernández to declare a penalty in favor of Madrid despite the protests of Bordalás’s pupils.