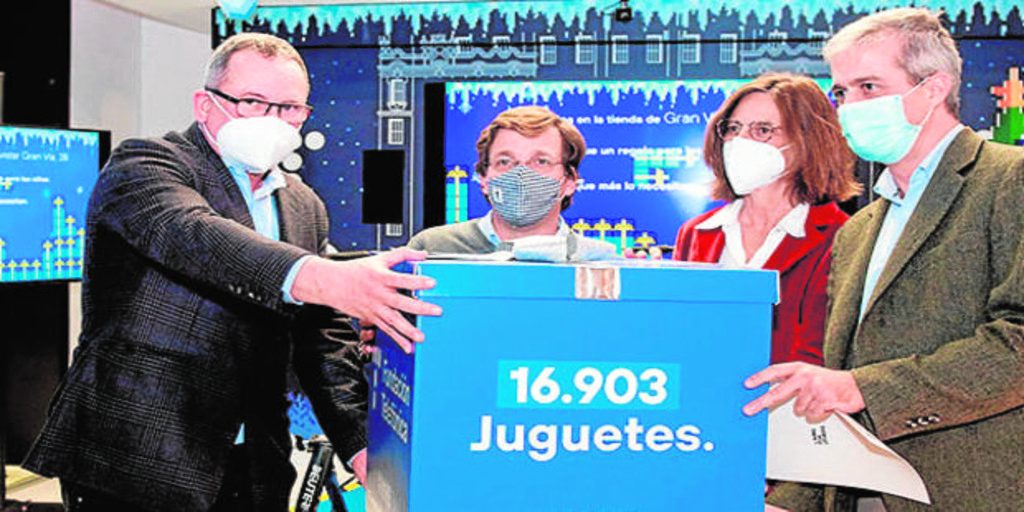 Telefónica and its Foundation have given the NGO International Cooperation a total of 16,903 toys to be used for children in situations of social vulnerability.

The action is part of his initiatives ‘Pedalea por una servicio buena causa’ and ‘Una Sonrisa por Navidad’, for which an event was held in Madrid with the participation of the mayor of Madrid, José Luis Martínez Almeida. With ‘Pedal for a good cause’, from November 26 to January 5, the Foundation turned the façade of the Gran Vía 28 building into an interactive screen inviting everyone who wanted to get on a bicycle to participate in a solidarity game, which was attended by 5,500 people.

To do this, inside the store it was possible to play in a space equipped with some Movistar Team bicycles, designed to function as game controls and in front of a screen that is projected on the facade of the building.

In addition, Fundación Telefónica organized for the sixth consecutive year within the framework of its volunteer program the ‘A Smile for Christmas’ initiative, through which it managed to donate 6,903 toys.