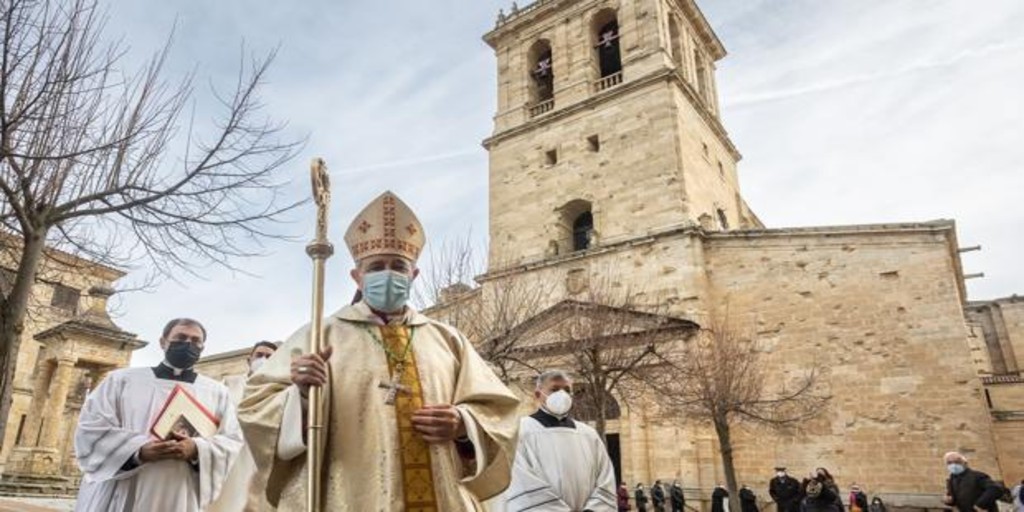 The Cathedral of Santa María has hosted this morning the inauguration of Monsignor José Luis Retana Gonzalo as bishop of Ciudad Rodrigo, who succeeds Monsignor Jesús García Burillo at the head of the civitate diocese, who had exercised his work as apostolic administrator for the last three years.

The celebration has had the presence of the apostolic nuncio of Pope Francis in Spain, Monsignor Bernardito Auza, in addition to a broad ecclesial representation between cardinals, archbishops and bishops of both Spain and Portugal. There was also a representation of authorities from the civil and military spheres.

Monsignor Retana left the Episcopal Palace at around 10:15 am, accompanied by the nuncio and the Apostolic Administrator, as well as two canons. A group of charros has led this journey to the cathedral. Through the Pórtico del Perdón the entrance to the headquarters was made, but before that, the bishop-elect greeted the civil authorities in the Plaza de Herrasti.

Inside the cathedral, the bishop-elect has been presented to the council and the college of consultants. The dean-president of the council, Ángel Martín Carballo, gave him the ‘lignum crucis’ to kiss and then offered the hyssop to sprinkle with blessed water to those present. The bishop-elect and his companions prayed for a few moments in the chapel of the Blessed Sacrament before going to the diocesan seminary, where they dressed for the celebration of the Eucharist.

At 11:00 the procession began from the main chapel of the seminary, headed by priests followed by vicars, canons, college of consultors and bishops. The procession was closed by the bishop-elect, the nuncio, who presided over the celebration until the inauguration, and the apostolic administrator of the diocese. Back in the cathedral and from the altar, the apostolic nuncio greeted the assembly gathered there, and Monsignor García Burillo and the nuncio spoke a few words.

After his speech, he has begun the main act of the celebration: the reading of the Apostolic Letters with the appointment of Pope Francis to José Luis Retana as bishop of this diocese and the assignment of the chair. Specifically, the apostolic nuncio has asked the chancellor-general secretary of the bishopric, Prudencio Manchado, to show the Apostolic Letters to the college of consultors, and then to read them.

Next, the nuncio has invited the bishop-elect to sit in the chair as a sign that he is taking office in the symbolic place of the pastoral mission, and has also given him the crosier. In this way, the new bishop has taken possession of the civitatense diocese. A representation of the diocese, with priests, religious and lay faithful have approached the chair to express their support and affection for the new bishop.

From this moment on, the new bishop has presided over the celebration. For the liturgy of the word, Retana has chosen the second letter of the apostle Paul to the Corinthians. In the Gospel, the words of Christ have been read in which he says that he has come to serve, not to be served, and to lay down his life. The Eucharistic liturgy concluded with a special look at the image of the Virgin of the Assumption, patron saint of the Cathedral of Santa María, who presided over the apse. All returned have sung the ‘Salve Regina’.