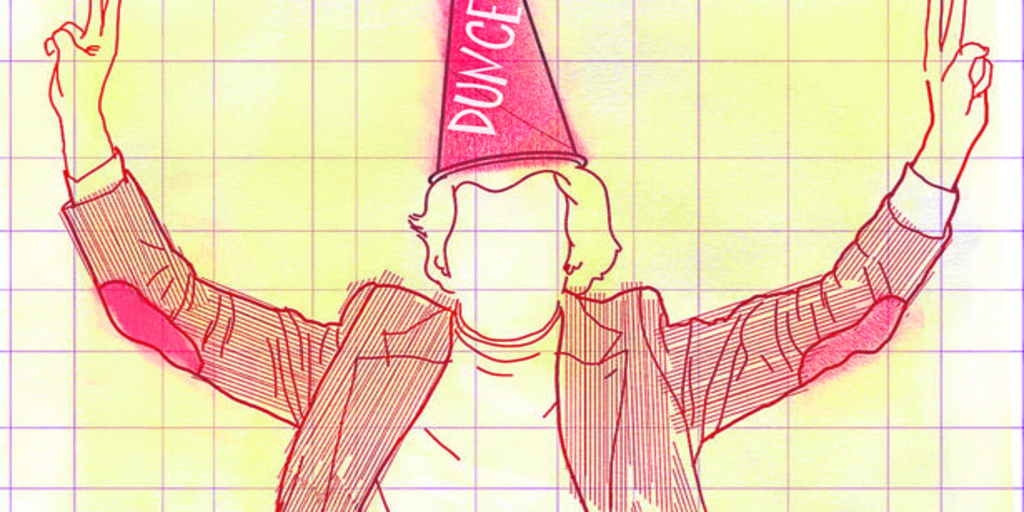 Ignorance has no plan

Sometimes fools are indistinguishable from bad guys. For this reason Plato said, or at least we read it in his writings, that all vice is a form of ignorance. It is as impossible to know good and not practice it as it is to knowingly perpetrate evil. The intimate proximity between ignorance and lack is present to us in ordinary life and on too many occasions we do not know to whom to attribute a catastrophe, if ignorance or the perverse human condition. Do not hide. In both traits we know how to recognize ourselves too well.

It is enough to take a look at the new educational reform to update the paradox of Platonic intellectualism. Can a Ministry of Education consciously injure teaching

from philosophy, from Greek or from Latin? Is it plausible that a legislative initiative will be taken that will truncate the spiritual cultivation of thousands of young people? Is there an ounce of progressivism in trashing education? Those who denounce that there is a planned and determined conspiracy against the humanities are undoubtedly great optimists. If they are also able to impute a criminal coordination between tyrant capitalism and the most progressive-government-in-history, they are demonstrating a blind faith in the human animal. In view of the development of educational reform, there is no doubt that the humanities are mortally wounded, although this persecution has no other origin than militant ignorance.

It is almost embarrassing to have to write it, but a couple of weeks ago hundreds of people gathered at the door of the Ministry that belonged to Isabel Celaá and today is from Pilar Alegría to claim the teaching of philosophy subjects in high school. Kids and purets, girls with red hair (I always think Chesterton’s health) and youngsters with Castilian shoes joined their voices to claim that the youngest should not be prevented from approaching the philosophical tradition. To the youngest of the popular classes, of course, because the sons of the elite have Plutarco in a bilingual edition in their living room, or so it was until recently. The only social justice in which I believe is the one that puts in a Seneca book in the hand of a boy from Orcasitas, but the spirit of our time has wanted the stem and content on which the West was raised to be replaced by psycho-affective balances, participatory emotions and other jewelery of the sentimental kindergarten.

I do not believe, despite what some say, that this substitution responds to a perverse plan. I do not even suspect that those who perpetrate this crime against culture are aware, although in this case ignorance should not exempt them from fraud. Look at the syntax of those new gurus who babble the pedagogical neo-slang and you will understand it all. Try to reach at the bottom of those eyes some sophisticated malignancy, perhaps some more or less complex purpose that justifies the irresponsible combustion of our cultural heritage. Make that effort to fail because you will find absolutely nothing. Just smoke and blindness.

The attack on the humanities, which far exceeds the attack on philosophy, has no other motor than the hallucinated smile of complacent ignorance. A fluffy, devious and playful ignorance that joyfully celebrates the commitment to great causes without asking, at least, what is the ethical and conceptual ground on which the world’s problems would become intelligible. Without Kant there is no SDG, but they don’t know it. They cackle that we live in a disruptive era, of digital transitions and satellite affects. Turning the pages of a Nietzsche would make us aware of our own misery and that of others, but they will never be able to confess what they do not know.

There are those who know how to recognize the negligence of the government’s initiative, but on too many occasions they ignore that the threat is ideological across the board. A culturally robust and ideologically armed conservative party would know how to protect the traditional heritage that is now being put at risk. There is no truthful opposition in educational terms and there is no moral or civilizing project from which to exercise a determined defense of our humanistic heritage. Every educational project incorporates with it an ideal of humanity: that towards which it is intended to lead the students. On our right, I think, that ideal is unrecognizable. The only criticism that we have found from liberal-conservative positions is based on the ownership of the schools and the defense of the concerted, once again making selfishness a single and isolated emotional motor. The ‘what’s mine’ translated into public policies cannot summarize any credible project. If some are so concerned about the decline of the West, they would do better to safeguard from burning how much and valuable the cultural tradition has bequeathed us.

The lack of reaction of our young people is also incomprehensible. At an age when rebellion is almost an organic imperative, the indolence of those who will be the victims of this crime is very discouraging. They are selling them democracy in the classroom and approved for all in exchange for taking away the only cultural and spiritual tool with which they could orient themselves in life. Few more legitimate causes for rebellion and protest. With attention torn by screens, nerves ravaged by the absence of a future, and all revolutionary and transformative energies neutralized in remote causes, the humanities could be one of the last havens to weather the coming storm. When loneliness ends with us we will remember that a memory full of verses was also a form of company.

Those who now fail them will maintain the smile and affection of a morality from afar while resuming the political agenda of embrace and mental health. They are not even bad. Evil has a complexity and sophisticated grammar that is completely foreign to them. They are only ignorant, the poor, and they are not to blame, even though we have had the misfortune to decide that they rule us. After all, his background is good and I also believe in sentimental education. What I think, and I would defend it to the last letter, is that there is no other way to cultivate affection than by reading Leopardi or Flaubert.

Diego S. Garrocho is a philosopher