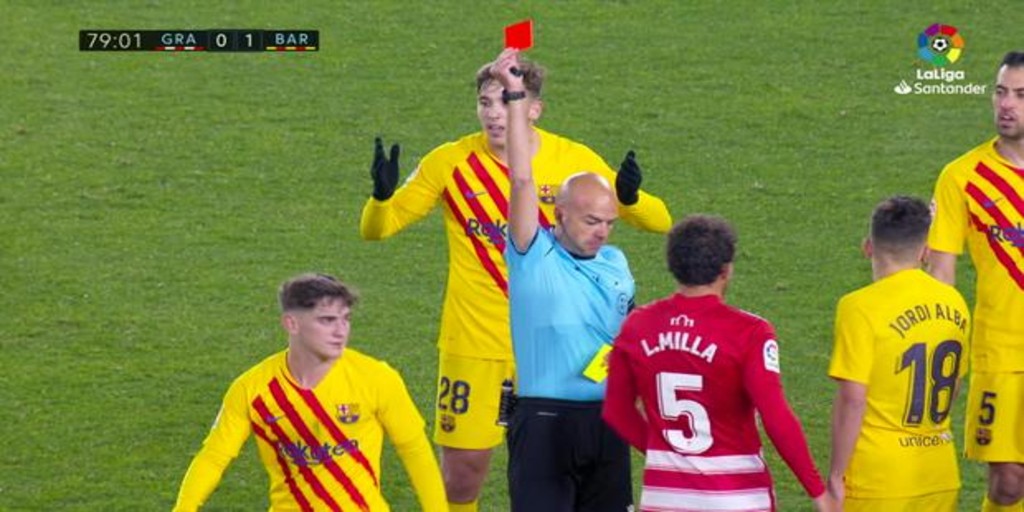 There were twelve minutes to go and Gavi, with yellow from minute 20 of the first half, he did not measure well a tackle on Álex Collado. González Fuertes hardly hesitated to reach into his pocket, and the youth squad left his team with ten with a minimal advantage on the scoreboard.

The expulsion of the international ended up being decisive for the outcome of the match. The Granada he squeezed and his push ended up being rewarded with a minute to go before the regulation time was fulfilled.

“The expulsion changed the game completely,” Busquets later admitted. “It was difficult for us to have the ball, in the play before the goal we were with two less because Dani Alves was out, it was a shame.”

Gavi, who barely adds a score of games with Barcelona, ​​receives the first red card since playing in the First Division.