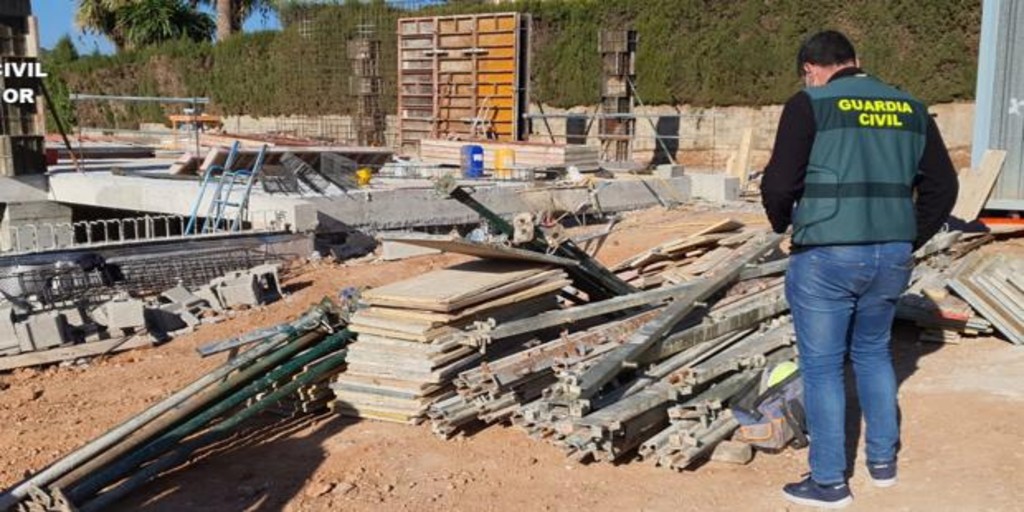 Three people are arrested for stealing construction material valued at 8,000 euros in various locations in Valencia

The Civil Guard, within the framework of the “Strebe” operation, has arrested three men accused of various crimes of theft of construction material valued at more than 8,000 euros, in the Valencian municipalities of Paiporta, Picanya and Torrent, as reported by the Valencia Command in a statement.

The operation began last November 2021, when the Paiporta Civil Guard received a complaint for a theft of different construction materials in a construction in the same town.

Investigators identified the perpetrators of this theft and discovered that they had also carried out two more thefts than building material in the municipalities of Picanya and Torrente.

On December 14, the agents made a search in an urbanization belonging to the municipality of Puzol where they located the stolen construction material.

The complainants immediately recognized the stolen material, which consisted of 2,000 kilograms of corrugated bar for formwork, 1,500 kilograms of sixteen-millimeter corrugated steel bar, a strut cage, various plywood boards and various tools. All this material was valued at more than 8.000 euros.

Likewise, the investigators verified that the construction company of the detainees profited from the thefts, managing to reduce costs and obtaining a profit, for the works contracted, for which it has been investigated by a money laundering crime.

Finally, the Civil Guard of Paiporta, has arrested three men, two 26 and one 39, all of Spanish nationality, for three crimes of theft of construction material in the municipalities of Paiporta, Picanya and Torrent. The proceedings have been delivered in the Court of First Instance and Instruction number two of Torrente.