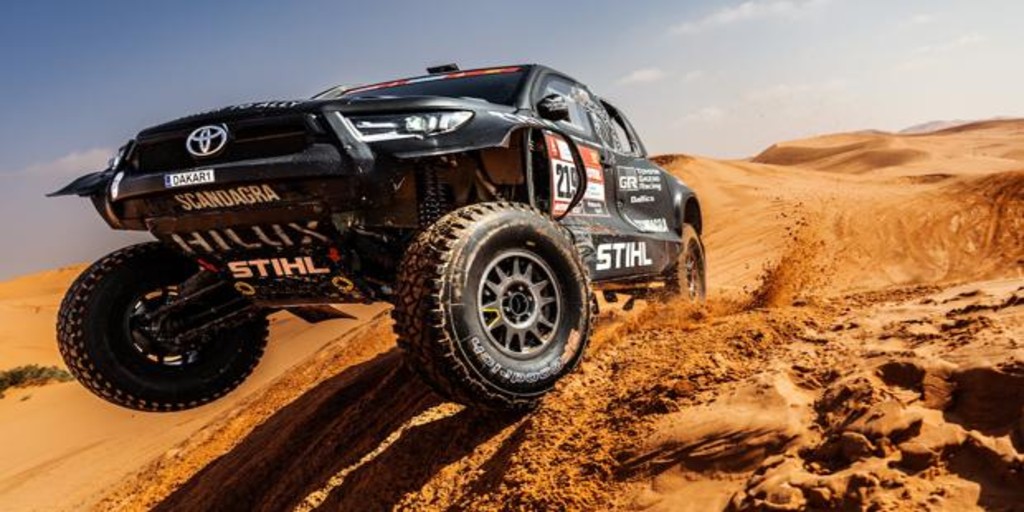 The chilling “flight” of Lithuanian Vanagas

I was joking just a few hours ago Benedict Vanagas on the flights of his Toyota, which he christened “Black Hawk Airlines.” The Lithuanian pilot did not imagine that this Wednesday he was going to star one of the most spectacular accidents in Dakar so far. He verified first-hand how the mythical race does not forgive the slightest mistake or mistake.

In the longest special of this edition of the rally and in a fast area of ​​dunes, the Toyota Gazoo Racing Baltics that he shares with the Polish Rozwadowski literally flew after a snag in the sand. A spectacular accident in which the vehicle rolled several times.

Here you can see much better what happened to Benediktas Vanagas (the best Baltic in a #Dakar which here ran with the Toyota GR DKR Hilux T1 + from Overdrive).

It came very fast and in a small mound the suspension stops and comes out catapulted pic.twitter.com/daP86rrxVb

At the time of the accident the car was being closely followed by the organization’s helicopter, who became a privileged witness of it and was able to give notice immediately.

@BenVanagas crashes during the fourth stage of the @dakar early in the trial pic.twitter.com/VjEsQ2a5v3

The blow, that left the car wrecked but luckily left his passengers unharmed, complicates its continuity in the Dakar, which once again proved that it is one of the most dangerous races in the world.