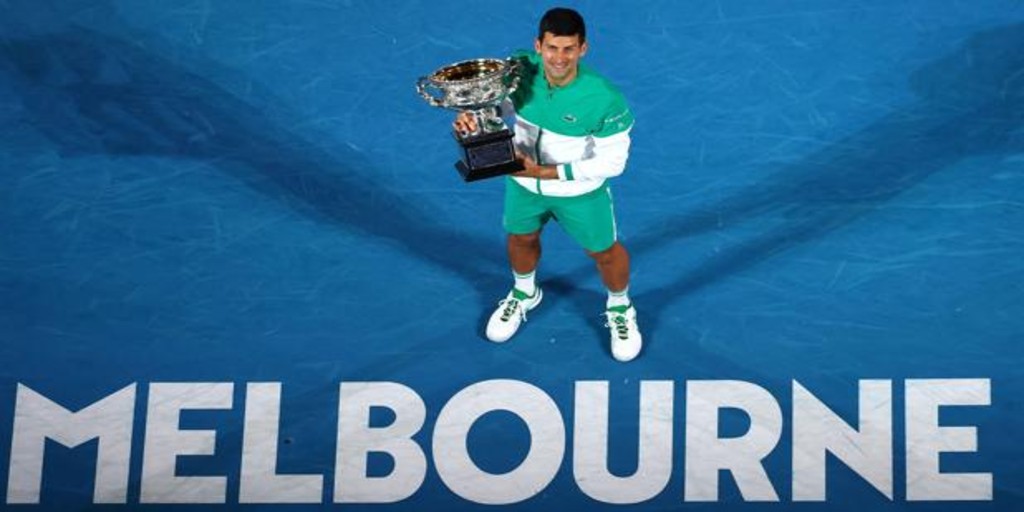 The Australian Open is justified after the controversy: “Djokovic received no special favors”

Tennis player Novak Djokovic has not received “special favors” with the medical exemption that will allow him to play the Australian Open, clarified on Wednesday Tournament boss Craig Tiley.

The nine-time champion of the first Grand Slam of the year announced on Tuesday that he was traveling to Melbourne after obtaining a “medical derogation”, which ended with the soap opera on whether the Serbian could participate at the tournament.

All participants of the Australian Open, which begins on January 17, must be vaccinated against covid-19 or have an exemption granted by two committees of independent experts.

In the past, the Serbian had been reluctant to get vaccinated and has repeatedly refused to confirm whether he was inoculated the coronavirus vaccine.

Speaking to the Australian channel ‘Channel Nine’, Tiley assured that 26 people of the almost 3,000 players and technical personnel who traveled to Australia for the competition had requested a derogation, but only a handful got it.

«Anyone meeting the conditions has been allowed to come. There were no special favors. There is no special opportunity for Novak, “Tiley said.

One of the conditions that allowed entry without vaccination is that the applicant had had covid-19 in the last six months. It is not clear that this is the case for Djokovic.

Controversy over the permission of number 1

The decision angered many in Australia, whose residents have been subjected to significant border restrictions, lockdowns and closures for much of the past two years.

It also generated surprise in some tennis players, such as the British doubles player Jamie Murray, who is contesting the ATP Cup in Sydney. “I think that if I were the one who is not vaccinated, I would not receive the exemption,” he claimed.

Physician Stephen Parnis, former vice president of the Australian Medical Association, said the decision sends a negative message to people fighting the spread of COVID-19. «I don’t care how good a tennis player he is. If he refuses to be vaccinated, he should not be allowed in, “Parnis said on Twitter.

“If this exemption is real, it sends a terrible message to the millions who seek to stop COVID-19 and put themselves at risk” to do so, he added.

But Tiley said the two expert committees evaluated each waiver request without knowing the identity of the applicant.

The Serbian’s position on the vaccine

Djokovic voiced his opposition to the coronavirus vaccine in April 2020, when it was raised that it might be mandatory to resume tournaments. “Personally, I’m not provaccine,” Djokovic declared at the time. «I do not want someone to force me to be vaccinated in order to travel».

The annoyance was palpable on the streets of Melbourne, where local resident Ron Wilson told AFP that “I find it disgusting … It shouldn’t be a last minute decision to let him in.”

Tiley said she understands people’s discomfort, noting that “I understand and empathize with those who are completely upset.”

Confirmation that the Serb was on his way to Melbourne set the stage for a Djokovic duel with Spaniard Rafael Nadal, both seeking a historic 21st Grand Slam title.

Nadal is already in Melbourne after recovering from the coronavirus he contracted at an exhibition event in December in Abu Dhabi.