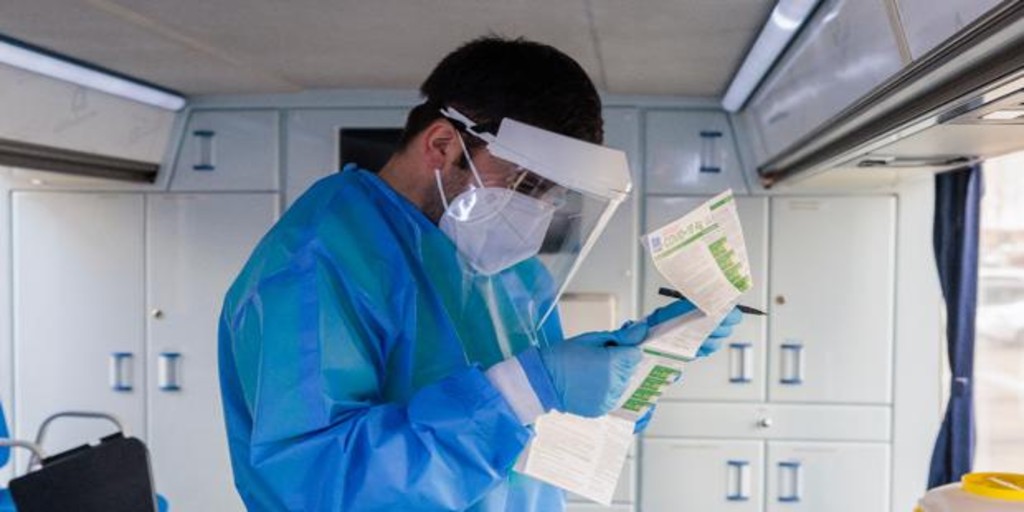 The antigen test tests in the 12 mobile units arranged by the Ministry of Health of the Junta de Castilla y León yielded a positivity in Covid of 27.23 percent of the people who underwent the tests during the first hours of operation of the new mobile screening system.

Specifically, and as reported in a statement by the Ministry of Health, until 2:00 p.m. on Tuesday, January 4, a total of 3,114 antigen tests were carried out through the 12 mobile units arranged by the Board. Of these, a total of 848 people tested positive, 27.23 percent of those who underwent the test.

The highest positivity, 59.4 percent, was reached in Segovia, where 92 positive samples of the 155 carried out were obtained.

Behind, in El Bierzo 342 tests were carried out and 152 of them were positive, so the positivity rose to 44.4 percent, very similar to that of Burgos, which reached 44.1 percent when 105 positive of the 238 tests carried out.

Villamuriel del Cerrato (Palencia) presented a better situation, with 16 positives in 143 tests carried out and a rate of 11.2 percent; Ciudad Rodrigo (Salamanca), which registered only ten percent positivity when notifying 40 positives among the 400 tests carried out; and Tudela de Duero (Valladolid), which until 2:00 p.m. had 30 positives in 225 tests (13.3 percent) and that, at the end of the day, accumulated a rate of 16.5 percent by communicating 67 positives among the 405 tests performed.